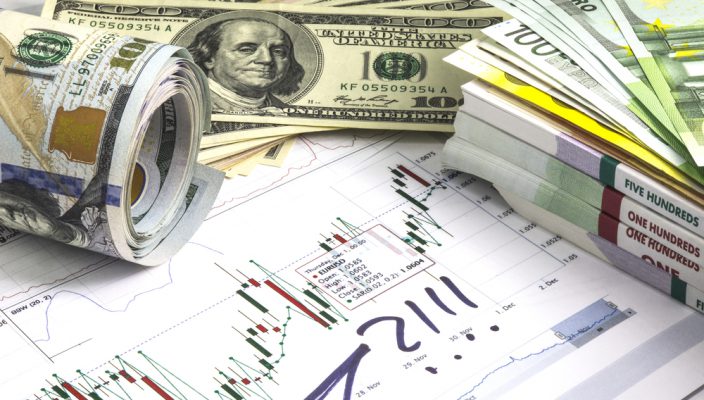 A combination of: the risk on tone experienced over recent trading sessions, an easing of tariff rhetoric, bullish economic indicators and the Fed’s comments, ensured the USD has remained near two week highs versus the basket of currencies, which make up the DXY, dollar index. The primary reason the dollar rose on Thursday and maintained its gains, was due to Fed official Lael Brainard, a member of the U.S. Federal Reserve’s Board of Governors, where she serves as Chair of the Committees on Financial Stability, stating that the Fed would aim to push inflation above its 2% target asap. Any such move would be seen as a reversal from the dovish policy currently in place, which could lead to a rise in interest rates, earlier than previously anticipated.

At 8:20am U.K. time on Friday May 17th, the DXY traded at 97.80, close to flat. USD/JPY traded at 109.68, down marginally, as the 110.00 handle/round number remains the short term target. JPY recorded gains in the Asian and early stage of the London sessions, due to BOJ comments regarding the eventual end of the ultra loose monetary policy. The tertiary index for Japan came in at -0.4% for March, missing the forecast of 0.1%, but rising from the -0.6% recorded for February.

The futures markets for U.S. equity indices were indicating a negative open for the New York session due to sentiment cooling, as no further China tariff talks are planned. The SPX was down -0.30% and the NASDAQ down -0.38%. The high impact calendar event of note relating to the USA economy on Friday afternoon, concerns the latest university of Michigan sentiment survey, which is forecast to reveal a modest improvement; to 97.5 for May.

Italy’s right wing League party could “tear apart” European Union fiscal rules which are “strangling” the country if it polls well in the May 23rd-26th European parliamentary elections, according to Italian Deputy Prime Minister Matteo Salvini. Salvini’s challenge to EU fiscal rules has been a key source of the reason EUR/USD has slipped versus its peers, during the past week. At 8:30am U.K. time EUR/USD traded in an extremely tight range, close to flat at 1.117, whilst hovering below the daily pivot point, locked below all three higher MAs, with the 50 DMA sited at 1.124.

EUR/GBP continued its recent momentum rise, which has seen the cross pair rise to a three-four month high, as a consequence of a weak U.K. pound, trading at 0.874 up 0.17%, price has breached R1 early in the London-European session and is up 1.27% weekly. Eurozone equity indices fell during the early hours, DAX down -0.72% and CAC down -0.55%. The latest CPI metrics for the E.Z. came in as forecast at 1.7% year on year, when the data was published at 10:00am, the impact on the value of the euro was negligible.

The U.K. FTSE 100 traded down -0.37% as sterling also fell during the early stages of the London-European trading session. Sentiment is negative versus GBP as FX analysts and traders try to price sterling versus its peers, whilst untangling the chaos of Brexit and the Tory government falling apart. Whose timetable over the coming weeks includes: the euro elections, the withdrawal deal vote, the prime minister’s resignation and a new Tory leadership election. All these issues and events are to be resolved before the end of July apparently, against the backdrop of Tory party popularity plunging to a decade low. At 8:45am GBP/USD printed a new three month low, trading at 1.278, down -0.15%, and down -1.68% weekly, as price remains mired below the 200 DMA, sited at 1.295.

« One FX trader’s noise can be another trader’s symphony. Japanese GDP, U.K. inflation, German GDP and European Markit PMIs dominate the economic calendar over the week. »