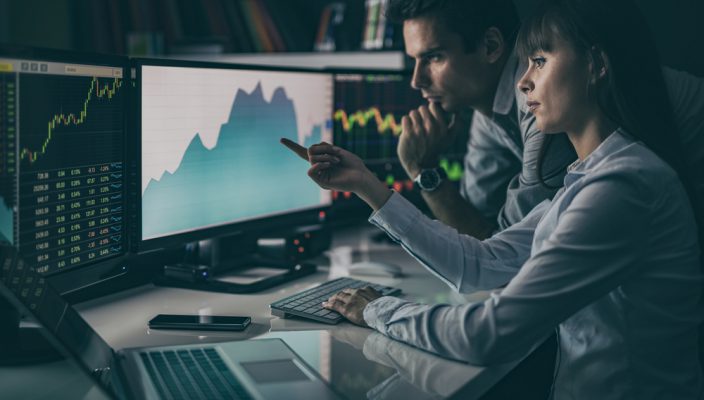 One FX trader’s noise can be another trader’s symphony.

May 17 • Forex Trading Articles, Market Commentaries • 2586 Views • Comments Off on One FX trader’s noise can be another trader’s symphony.

Trading educators and analysts often use the phase “trading noise”. It refers to trading in ranging markets, as price is moving sideways, whilst you’re also trying to squeeze profit out of the market, often during times when there’s a general lack of volatility. However, based on the widely held view that FX markets range more than they trend, trading in ranging markets, particularly if you’re a scalper or day trader, is a skill you’ll have to develop. If you don’t make progress in relation to this range trading phenomenon, then you you might find yourself out of the market during 80% of trading sessions, based on the suggestion that markets only trend 20% of the time.

Naturally, certain ranging movements, when registered on a daily time frame, can often appear to be irreverent and or invisible to the swing trader. The price action generated by a tight range, might be of interest if, for example, a doji candlestick appears which could suggest the end of a current trend, or a period of consolidation. This price action candlestick formation, might alert swing traders to consider taking action regarding their current trades, maybe by adjusting their stops to lock in profits, stopping and reversing, etc.

The notion of “trading noise” is often used in a disparaging and dismissive tone by many traders who don’t scalp, or day trade. They struggle to contemplate why traders would try to bank such small pip gains. They’ll also refer to the “cost of the round trip” when scalpers/day traders operate off lower time frames as they’re searching for small pip gains, as being counter productive.

On first inspection their logic appears sound; why pay perhaps a two pip cost of a single trade (on perhaps ten trades) when you might only pay two pips for a single trade, that would proportionally generate equal if not more profit? 100 pips gain for ten scalp trades, or circa 120 pips gain for one swing trade? However, using the STP-ECN models available today, should ensure you’re paying the lowest transaction costs available. Therefore, using scalping and day trading methods/strategies, is no longer the barrier it was previously.

There’s a counter argument used by scalpers and day traders, versus swing traders’ contention that trading during ranges is noise trading and counter productive. Day traders will bank their gains on a daily basis, they sleep easy, as they don’t hold over. They’ll set daily loss limits, never adjust their stops, perhaps have stops and take profit limit orders in place and enjoy an overall stress free period, when they’re away from their computers and monitors. They may also use their MetaTrader MT4 platform to code their expert traders, to trade remotely on their behalf.

Whatever trading method you choose, the choice is often based on: your personal preferences, your employment commitments and perhaps your personality traits. But it would be wrong to dismiss trading off lower time frames as “noise”. It’s not over complicated or difficult to employ such trading methods, as scalpers and day traders; who bank 10 pips on a single trade in a single session, are behaving in as competent manner as swing traders, looking to bank 100 pips.

What follows is some examples of opportunities to profit in tight ranges, that shouldn’t necessarily be summarily dismissed.