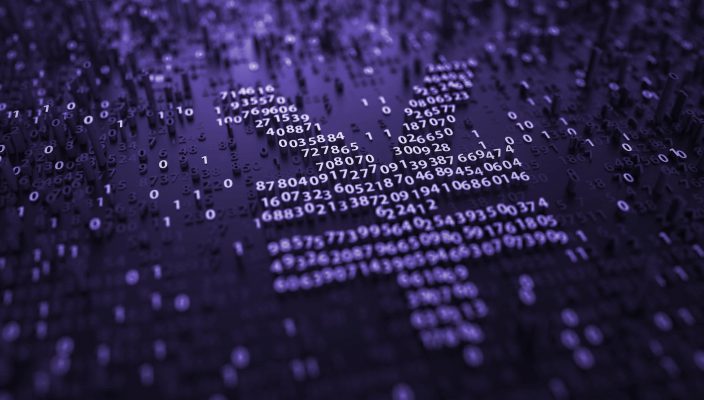 Yen rises versus peers, as safe have appeal increases due to the IMF lowering global growth forecasts, GPB/USD whipsaws in synergy with Brexit developments.

Japan’s yen rose versus several of its main peers during Tuesday’s trading sessions, its safe haven appeal was elevated as a consequence of the IMF severely cutting its predictions, regarding global growth for 2019. The International Monetary Fund cut its forecast to 3.3%, from the 3.5% rate it had predicted as recently as January 2019, representing its lowest expectation since 2016. At 22:50pm U.K. time, USD/JPY traded just above the 111.0 handle at 111.1, down -0.37%, after crashing through S2 at one stage in the New York session, before recovering some lost ground. EUR/JPY traded down -0.23% and GBP/JPY traded down -0.38%.

The IMF directed some of its most dire projections towards the U.K. if it endures a no deal separation from its current European partners, it could cost circa 6% of the UK’s GDP over the short term, with GDP actually falling by 3.5% up to 2021. The prediction is for growth of 1.3% in 2019. However, based on recent data from the ONS (the U.K. official statistics agency), such a call looks highly optimistic, due to the recent quarter’s GDP growth coming in at 0.2% and Reuters belief that February’s growth will come in at 0.00% (for the single month) when the latest data is published, at 12:45pm U.K. time, on Wednesday April 10th.

Sterling fell versus the majority of its peers during Tuesday’s sessions, as prime minister May toured Europe to ask for an extension, to prevent a no deal crash out Brexit, on Friday April 12th. The noises from various European officials, appear to suggest that an extension will be granted, but up until December 2019, forcing the U.K. to engage in European elections. This proposal is yet to be ratified by the summit taking place on Wednesday, once (and if) agreed, the reaction of the warring factions within the Tory government will be fascinating to witness. There could also be an immediate impact on the value of GBP currency pairs and U.K. equity indices.

GPB/USD whipsawed in a wide range during Tuesday’s sessions, exhibiting both bullish and bearish tendencies; breaching R2 in the London-European session, to then give up the gains, falling through S1, before recovering late in the New York session, as FX market investors took on board the developments. Cable (GPB/USD) ended the day trading down -0.06% at 1.305. FX traders who specialise in trading cable, would be advised to monitor its movements carefully during Wednesday’s sessions, whilst the emergency E.U. summit takes place, in the afternoon early evening time (European time).

Despite Tuesday lacking scheduled, economic, calendar data releases, the trading day didn’t lack drama. The Trump administration have decided to slap circa $11b of tariffs on various European imports into the USA, a sum equivalent to the fine the WTO organisation are attempting to apply on the E.U. for what it deems to be unfair competition, in terms of state aid, for Airbus. Naturally, the timing of the tariffs are curious, given that Airbus and Boeing are competitors and the latest 737 has recently experienced devastating crashes. FX markets failed to react to what could be the beginning of a USA v E.U. tariff-trade war; at 23:00pm U.K. time EUR/USD traded close to flat at 1.126, still some distance from the 200 DMA, sited at 1.145.

Airbus sold off during the day’s trading, the index the aircraft manufacturing firm is quoted on, France’s CAC, closed down -0.65%. Germany’s DAX closed down -0.97%, with the U.K. FTSE 100 closing down -0.35%, all European indices reacting badly to the IMF growth downgrades. That risk off environment extended to USA equity markets, as all the major USA indices sold off during the New York session; DJIA closed down -0.72%, SPX down -0.61% and NASDAQ down -0.56%. The U.S. dollar index, DXY, traded close to flat on the day, at 97.03. The price of WTI oil, after experiencing significant gains over recent days, as a consequence of OPEC production cuts and Libyan violence, slipped back marginally during Tuesday’s sessions, oscillating close to the daily pivot point and trading down circa -0.25% in late trade. Price of WTI might come under further pressure, as the USA publishes the latest crude oil inventories in the USA, at 15:30pm on Wednesday.

Wednesday April 10th is not only the day when the E.U. summit will deliver its decision on the latest Brexit extension offered to the U.K. there’s also a slew of official U.K. data, released by the ONS, scheduled for publication at 9:30am U.K. time. The latest industrial and manufacturing production data for February, both month on month and year on year, is published, as is the latest trade balance. The latest GDP growth data for February is also published, Reuters forecast a 0.00% reading. The cumulative impact of this comprehensive data for the U.K. economy, could result in sterling reacting, if the readings miss or beat forecasts, particularly based on FX traders having one eye on the E.U. summit in the afternoon.

The ECB will announce its latest decision on interest rates at 12:45pm U.K. time, the widely held expectation is for the rate to be maintained at 0.00%, with the deposit rate remaining at -0.40%. It’s often any press conference held shortly afterwards, that causes a reaction to the decision. If the president of the ECB, Mario Draghi, announces any change at 13:30pm, by way of forward guidance, to the ECB’s monetary policy, EUR could react.

From the USA the latest CPI data will be published at 13:30pm U.K. time, Reuters predict the rate will increase to 1.8% year on year up to February, a rise that (if the forecast is correct) could result in a rise in the value of USD, if FX analysts and traders judge the FOMC/FED are more likely to raise the interest rate, in the medium term. The subject of the FOMC will feature high on the economic calendar on Wednesday, as the minutes from the last committee meeting will be published, at 7:00pm U.K. time. The value of USD might come under scrutiny as the minutes are released, at a time when liquidity begins to reduce.

« Oil surge causes commodity currencies to rise at the expense of USD, GBP rises versus peers as analysts believe Brexit date will be extended. Focus turns to central bank committee decision making, as the ECB reveals its latest interest rate decision and the FOMC/Fed publishes its minutes from its March meeting. »