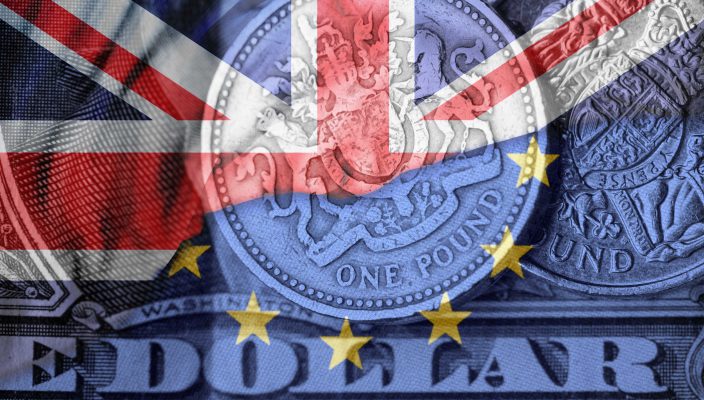 Oil surge causes commodity currencies to rise at the expense of USD, GBP rises versus peers as analysts believe Brexit date will be extended.

The value of the U.S. dollar has been hit by two factors, during trading over recent sessions; the overall risk on market mood, as a consequence of a potential favourable outcome in the China-USA trade talks, combined with the rise in the value of oil and consequently commodity currencies, has caused the greenback to slip in value, versus several of its peers. WTI and crude oil had risen sharply over recent weeks due to a combination of OPEC cuts in production and the Libyan violence; as warring militias try to overthrow both the current government and Tripoli. Price has breached the $64 per barrel handle, trading significantly higher than the 200 DMA sited at 61.00, whilst reaching the highest level since November, but still short of the approx. six month high, posted mid October 2018, of circa 77.00.

Sterling made gains versus its peers during the Sydney-Asian trading sessions, as optimism developed that the U.K. prime minister Theresa May will win the support of Macron and Merkel of France and Germany, in her request for an extension to the Brexit date. The request looks odds on to be allowed by the E.U. council, when they meet on Wednesday at their emergency summit. However, the likelihood is that the E.U. will only extend on their terms; for up to a year with assurances that the U.K. will have to take part in the European elections in May.

How this instruction will be received by May’s Tory party on Wednesday evening, will be fascinating to witness, given the party’s previous insistence that any election participation would be a redline for the government and the public “who voted to leave and not take part”, according to many Tory MPs. At 7:40am U.K. time GBP/USD traded at 1.307 up 0.08% just above the daily pivot point, whilst EUR/GBP traded at 0.861, down -0.4%.

Asian equity markets experienced mixed fortunes during the Asian trading session, as Chinese markets closed down, due to information developing that the Trump administration wanted to apply tariffs to certain European imports. The belief quickly developed that a similar exercise could be extended to China, ergo harming the ongoing trade and tariff talks. Analysts should quickly realise that the products have been carefully selected to limit the damage to Europe, but offer a face saving exercise and climb down for Trump.

Items such as: helicopters, cheese, wine, and motorcycles form a small part of European exports, if a similar suggestion is made for China, the impact will be negligible on trade. However, suspicions are arising that the tariffs are a measure the prevent Airbus gaining market share ahead of Boeing, after the safety record of the latest Boeing 737s has been called into question, following recent, deadly crashes. Airbus traded down circa -2.4% on France’s CAC market, as the London-European markets opened, with the CAC trading down -0.20%, the U.K. FTSE 100 and Germany’s DAX also traded down in early trade.

Tuesday is a relatively quiet day for scheduled, economic calendar news releases, with only the Japanese data concerning machine tool orders and the latest figures on bank lending, standing out as likely to move the value of the domestic currency. Yen could alter in value during the Sydney-Asian session as the data is broadcast, particularly during a period when liquidity is low. FX traders who specialise in trading currency pairs such as USD/JPY, should therefore diarise these releases at 00:50pm U.K. time on Wednesday morning, to ensure they’re in a position to adjust their trading accordingly.