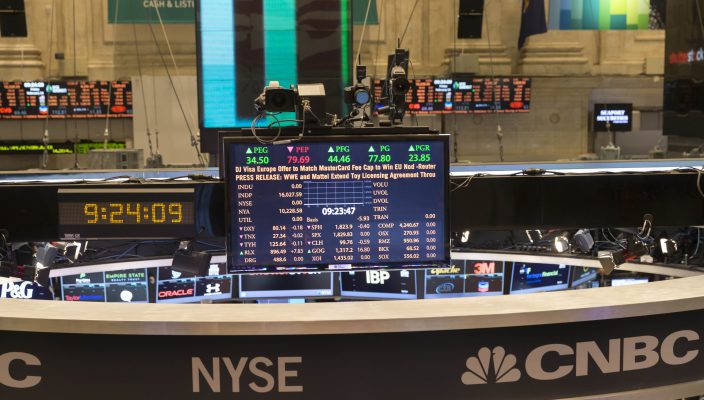 Focus turns to central bank committee decision making, as the ECB reveals its latest interest rate decision and the FOMC/Fed publishes its minutes from its March meeting.

On Wednesday afternoon, the value of sterling will come under intense focus and increased speculation, as an emergency E.U. summit decides what extension they’re prepared to offer the U.K. in order for the country to delay its exit from the European Union, which is currently scheduled for Friday April 12th. The widely held consensus is that the European council will offer a long extension up until late December 2019, or March 2019. Such an extension would be based on the U.K. holding elections in May, for MEPs in the European Parliament.

Although an extension (of any length) to prevent a no deal crash out looks to be a certainty, with prime minister May requesting it and the U.K. Parliament demanding it, by way of a recent law passed to prevent no deal, her real challenge remains at home. Trying to sell the process to her divided Tory party is an impossible task, which could result in her resignation and a possible general election in late 2019, as her zombie government will be left in paralysis, unable to pass any legislation.

As the emergency summit discusses the options, GBP will most likely experience increasing attention, therefore FX traders who specialise in trading the currency, should ensure they remain vigilant to any breaking news, in order to take advantage of any trading possibilities. At 7:50am U.K. time on Wednesday April 10th, GBP/USD traded at 1.307, close to flat and in a tight range, oscillating close to the daily pivot point and near to the 200 DMA, sited at 1.297. When observed on the daily time frame, a near perfect Heikin Ashi doji candle was formed, illustrating the balance of indecision the major pair is currently experiencing. Sterling followed a similar pattern of behaviour versus the majority its peers; trading in tight ranges, whilst registering few gains, or losses.

The U.K. statistics agency, the ONS, published the latest data for U.K. GDP growth at 9:30am, which beat forecasts; coming in at 0.2% for February. Normally such a figure would be cause for optimism, given that the annual rate of growth is now circa 2.0%, however, the ONS issued a cautious note, suggesting that growth has been caused by U.K. manufacturers stockpiling and rapidly finishing orders, in anticipation of Brexit disruption. Construction, manufacturing and industrial output and production readings for February all beat the predictions, by some distance.

The European Central Bank, the ECB, will announce its latest interest rate decisions at 12:45pm U.K. time on Wednesday. Amongst the economists polled by Reuters and Bloomberg, there is no expectation for a rise in the key rate from the current 0.00% level, the deposit rate is expected to remain at -0.40%. At 13:30pm the ECB President, Mario Draghi, will hold a press conference in Frankfurt, in which he’ll explain the rationale behind the ECB decision and perhaps outline any forward guidance, illustrating any change in the dovish monetary policy, currently underpinning the ECB’s decision making. At 8:30am EUR/USD traded in a tight range, at 1.126 up 0.06% on the day, close to the daily P.P. recovering from losses incurred in the Sydney-Asian session.

The USA economy will come onto investors’ radar screens during the afternoon, as the latest inflation (CPI) data is published at 13:30pm U.K. time, when the latest real (inflation adjusted) weekly wage data will also be published; expected to reveal a 1.8% annual rise. Reuters are predicting CPI to rise to 1.8% year on year up to March from 1.5% and up 0.4% in the month of March alone. Readings which (if met) could take FX analysts and traders off guard, causing speculation in USD to increase, if consensus develops that the FOMC are more likely to raise interest rates in 2019, to ensure inflation is capped. The FOMC, inflation and potential interest rate rises are critical subjects during the latter part of the New York trading session, when at 19:00pm U.K. time, the latest FOMC minutes relating to the March committee meeting, will be published.

At 8:30am U.K. time, USD/JPY traded at 111.1 and close to flat, in the London-European trading session. USD/CHF also traded at parity, 1.000, in a tight range close to the daily pivot point. WTI and Brent crude oil continued to trade in a bullish pattern during the morning session, Brent climbed above the critical $70.00 a barrel level on Tuesday, for the first time since early November 2018, and traded at 70.55 during Wednesday’s morning session. At 9:30am the futures markets  for USA equity indices were indicating a positive open for the New York session; the SPX future was up 0.16% and the NASDAQ up 0.13%. The tech index is up 19.20% year to date in 2019, and sentiment might be improved further during Wednesday’s sessions, as discussions begin to circulate regarding the imminent IPO of Uber.

« Yen rises versus peers, as safe have appeal increases due to the IMF lowering global growth forecasts, GPB/USD whipsaws in synergy with Brexit developments. Is skill an overrated concept when discussing and trading FX? »