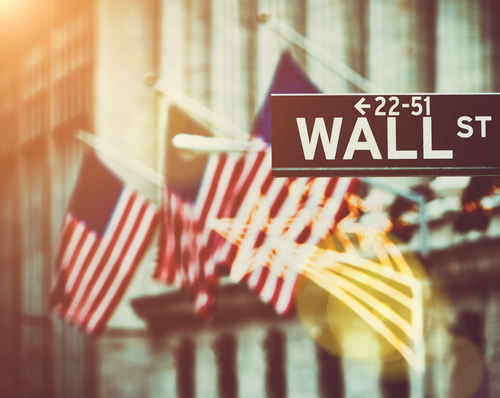 The main equity indices in America sold off, during the mid point of the New York trading session, as investors appeared to suddenly take cover, due to the progress regarding the ongoing trade agreement talks between China and the USA, apparently stalling. The inference appeared to suggest that the previous market optimism has been overdone, as there’s been no definitive detail, regarding any official, sanctioned, deal.

Despite the continual rumours circulating on news agencies such as Bloomberg over the past 24hrs or so, that the Trump administration had agreed to remove all the tariffs imposed since 2018, in return for China increasing its purchasing of aggregates (such as soya beans) and controlling the intellectual property indiscretions it’s allegedly guilty of, actual proof of progress on the talks is non existent. The only significant economic calendar event broadcast in the USA on Monday, concerned construction spending, which missed the forecast of 0.1% growth, coming in at -0.6% in December.

Having risen in the early part of the session, breaching the first level of resistance, the SPX reversed direction to crash through S3, to then recover position to S2, trading down 0.72%. Both the DJIA and NASDAQ followed similar patterns; at 19:30pm U.K. time, the DJIA traded down 1.12% and the NASDAQ down 0.63%. The tech index failed to maintain position at the 7,200 handle, which had been reached earlier in the session, a level not witnessed since early November 2018. Commodities relevant to retail traders; gold and oil, traded in different directions during Monday’s sessions; WTI oil traded up 1.16% at $56.46 per barrel, with gold trading down 0.54%, at $1,283 per ounce. Since posting a multi month high of circa $1,350 in mid February, gold has receded considerably, falling by over -3% weekly.

The dollar experienced mixed fortunes during Monday’s trading sessions, the dollar index, the DXY, traded up marginally at 96.61 and at 21:50pm USD/JPY traded down 0.16% at 111.64 giving up position from the 112.00 handle, whilst versus the U.K. pound and euro the dollar made gains. The euro experienced falls across the board versus its peers, with the exception of its value versus sterling, EUR/GBP traded just above the daily pivot point, after reclaiming the 0.8600 handle/round number level. The Sentix investor confidence index for the Eurozone came in ahead of forecast at -2.2% for March, improving from -3.7% in February.

By Monday evening GBP/USD has given up the majority of the gains made in the previous week, a rise based on optimism that the U.K. would avoid a no deal Brexit and potentially delay Brexit by two months. The major pair traded at 1.317 down 0.17%, up 0.67% weekly. FX analysts and traders still remain on high alert, waiting for actual Brexit developments to be announced. All roads appear to lead to the U.K. House of Commons holding another vote on Theresa May’s plan A, a plan resolutely defeated by MPs in record numbers in a January sitting.

The U.K. FTSE closed up 0.39% as the U.K. attorney general Geoffrey Cox, admitted that his chances of gaining the concessions from the E.U. required by his opposing fellow Tory MPs, was non existent. The latest construction PMI index for the U.K. came in at 49.5 for February, the sector is now technically in contraction, arguably flirting with recession and according to Markit’s opinion, is following a similar pattern to the U.K. manufacturing sector; stockpiling, layoffs, with little work in the pipeline, as Brexit fears prevent major construction firms from committing to major projects.

The most anticipated calendar events listed for Tuesday March 5th includes a slew of PMIs relating to the Eurozone economy. Retail sales for the E.Z. are forecast to have made a strong recovery, when the data is published during the London-European session, rising 1.30% in January, from the -1.60% reading registered in December. The latest services PMI for the U.K. will be published at 9:39am U.K. time and as the driver of economic well being, services linked to consumer spending in the U.K. is the most highly anticipated PMI related to the U.K. economy. Forecast to come in at 50.00, if the prediction by Reuters economists is missed, then sterling could react violently.

During the afternoon session, the only high impact calendar even relating to the USA economy is the non manufacturing ISM index. The reading is forecast to come in at 57.3 for February, up from 56.7 in January. Month on month, new home sales in the USA for December are forecast to come in at -8.70%, falling from 16.90% growth in November.