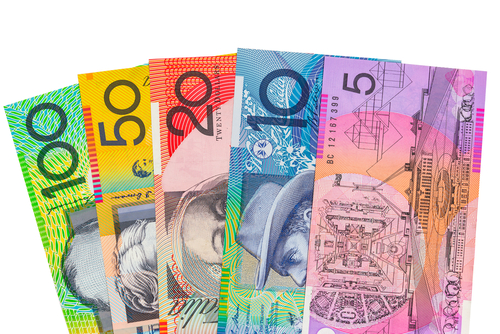 Mar 4 • Forex Trading Articles, Market Commentaries • 1108 Views • Comments Off on Traders of the Aussie dollar need to remain vigilant during the Sydney and Asian trading sessions

On March 5th, at 3:30am U.K. time, the central bank of Australia, the RBA, will announce their decision regarding the country’s key interest rate, referred to as the “cash rate target”. The forecast, after the Reuters news agency has polled its panel of economists, is for the rate to remain unchanged at 1.5%. This record low rate has now been maintained for the past thirty months, a record period of inactivity.

The GDP growth rate in the globe’s fourteenth largest economy, is currently put at 2.8% yearly, but for the last quarter, Q4 2018, GDP growth fell to 0.3%. In its last statement policy, the RBA Governor, Philip Lowe, cited falling household consumption and falling house prices, as some of the reasons to hold the interest rate steady. And with China experiencing economic issues due to the trade war and imposition of tariffs from the USA, the likelihood is that the Governor of the central bank Philip Lowe, will use China’s current state of flux, as reasons to not alter the current monetary policy course.

Australia’s reliance on China’s economic performance, in order to propel its own economic growth, cannot be underestimated. As evidenced by the recent dip in the value of the Aussie dollar, when certain Chinese ports began to ban the imports of Australian coal. It’s entirely fair to state that the growth in Australia’s aggregate exports to China and further into Asia, has underpinned its economic renaissance over recent years. Australia has carved out huge chunks of its ground and exported it as mineral wealth to China and Asia. Iron ore and coal are the country’s two largest exports.

Inflation is currently at 1.8% year on year, only slightly below the RBA target of 2%. In terms of fiscal policy, the Australian govt only runs a debt v GDP of 24.70%, significantly below that of the majority of its peer countries. The Aussie dollar has performed badly versus its main peer the U.S. dollar over recent days and weeks. At 13:00pm U.K. time, on Monday March 4th, AUD/USD was trading down 1.04% weekly and 1.99% monthly, the major currency pair is also down circa 8.68% annually.

When observed through the prism of a daily chart, the currency pair whipsawed in a wide range during the month of February, oscillating between bullish and bearish, price action conditions. But at 0.708 on March 4th, price is still some distance below the 200 DMA, sited at 0.724, and a dovish policy statement, after the RBA announce a rate hold at 1.50%, is unlikely to boost the value of the Aussie, versus any off its peers.

Aussie dollar traders should carefully monitor any open positions they may have in, for example, AUD/USD or AUD/NZD, in the hours leading up to the interest rate announcement and during any subsequent policy statement, made by the central bank’s Governor, in the subsequent press conference. Due to the time when the announcement is made, when FX liquidity can fall in comparison to the London and or New York trading sessions, the Aussie dollar could experience sudden spikes in value, irrespective of whether or not, the interest rate is held.