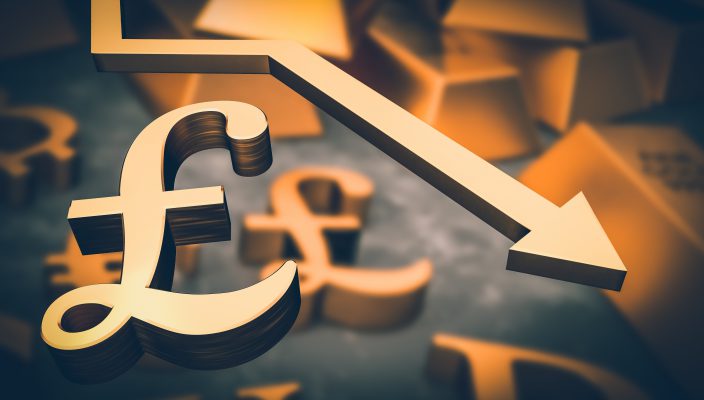 Sterling sold off versus several peers during Thursday’s sessions as the Brexit debacle enters new realms of farce, which are now threatening the very governance of the U.K. The day’s drama involved Theresa May appearing before a committee to encourage her to resign, rather than be hounded out by fer fellow Tory MPs. The 1922 committee then delivered a press release in the afternoon, intimating that once the euro elections had been held, in which the Tories are predicted to receive their lowest polling ever and after she’s been further humiliated for the 4th time, over a no withdrawal agreement vote she’ll lose, she’ll then announce a date for her retirement.

Meanwhile, several Tory MPs have begun jostling for her job, with an election for the Tory  leadership and the job of prime minister, scheduled to take place before the summer recess. The question; “who’s currently looking after the welfare of the U.K. whilst all this, selfish, internecine warfare is taking place?” isn’t being asked by political commentators. However, FX analysts and traders are making their own judgement; shorting GBP and sending it to three-four months lows versus several peers. At 20:30pm U.K. time on Thursday May 16th, GBP/USD traded at 1.279, breaching S1, down -0.40% on the day and down -1.90% monthly, as the price of cable fell to a level not witnessed since February 14th 2019, remaining fixed under the 200 DMA, sited at 1.295.

The U.S. dollar rose sharply during the New York session, the rise didn’t necessarily relate to economic calendar news, more likely the risk on tone, which caused U.S. equity markets to experience a third session of rises, extended to USD. Several Fed officials also delivered speeches suggesting that the Fed should aggressively attempt to raise inflation over the short term and then potentially apply a more hawkish policy. That rise in inflation may occur over the coming months, if the Trump administration is determined to follow through on the tariff threats, which will simply hurt importers and consumers and not China and the E.U., unless demand slumps.

The SPX closed up close on 1.0%, as did the NASDAQ. At 20:50pm DXY traded up 0.28% at 97.84, whilst USD/JPY continued the recent recovery the major pair has experienced over recent sessions. Rising by 0.23% and breaching the second level of resistance during the New York session, yen has receded during recent FX trading sessions, as its safe haven appeal has reduced. The latest weekly jobless claims in the USA beat forecasts as did continuous claims, whereas, housing states and permits missed the April predictions.

As the risk on tone spread across markets, commodities altered in value by way of the usual correlations; WTI oil rose as potential increased commercial activity equals increasing demand, copper also rose. Gold fell, as its safe haven lustre faded, during Thursday’s sessions. WTI traded up 1.69% to reclaim the 63.00 a barrel handle, a significant slump in Russian production also helped to elevate the price of oil. XAU/USD (gold) fell through the second level of support, S2, falling by -0.86% on the day to 1,285, falling through the 50 DMA, sited at 1,291.

Friday May 17th is a relatively quiet day for economic calendar events and data releases. At 10:00am U.K. time, a series of data concerning the Eurozone’s production and the trading bloc’s latest CPI metrics will be published. E.Z. CPI (inflation) is forecast to rise to 1.7% annually up to April, from the 1.4% recorded up to March. If this Reuters forecast is met, the euro may rise, if FX analysts and traders deduce that the ECB is closer to reversing its current dovish monetary policy stance.

The series of Michigan University readings are published at 15:00pm U.K. time, the key reading which is highly respected by analysts, is the sentiment reading. The forecast is for a rise to 97.5 for May, from 97.2 in April.

« Aussie dollar falls as unemployment unexpectedly rises, sterling slips as pressure mounts for prime minister May to resign. One FX trader’s noise can be another trader’s symphony. »