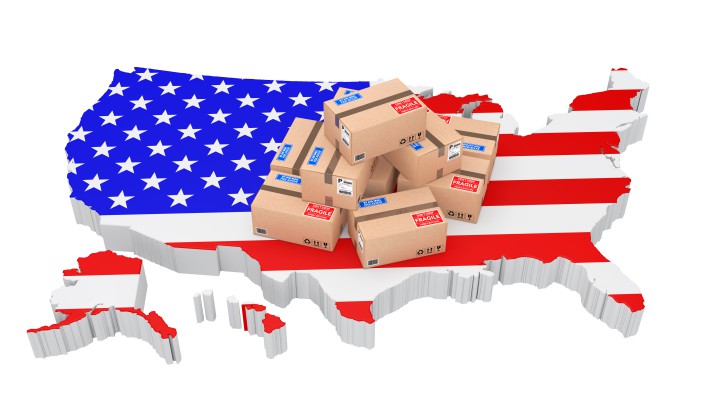 Retail sales crash in the USA, whilst tariff talks with China fail to make breakthrough, causing USA equity indices to give up gains, during the New York session

The latest retail sales data for the USA economy missed the Reuters target by some distance when published. The forecast was for a drop to 0.1%, however, the actual print came in at -1.2% for December, month on month. Analysts and market commentators on channels such as Bloomberg, scrambled around for an explanation; stock market correction in December, Black Friday sales timing, USA v China trade/tariff war, even the government shutdown was blamed, despite it being an event which occurred during January. The most logical explanation is two fold; consumers are struggling with their income v debt ratios and they’ve lost confidence in their own, personal, economic security.

Evidence of their simple lack of ability to pay bills was delivered earlier in the week, with the revelation that over seven million auto loan customers, were three months or more behind with their car finance payments. At the height of the Great Recession in 2009, when the credit crunch was gripping global economies and the USA economy was losing tens of thousands of jobs on a monthly basis, only 5.8 million customers were in such arrears with their car payments. It must be noted that many Americans will put their car payment ahead of other payments; no car, no work, and in a society with huge commuting distances, with tens of millions of self employed owners of SUVs, losing your car through repossession, is a very big deal.

The three main USA equity markets, whipsawed in wide ranges during the New York session on Thursday. The SPX had initially risen to R1, then crashed through S2, threatening to breach S3, to then reclaim parity position, close to the daily pivot point. Such movements are indicative of just how sensitive investors and traders are to poor USA economic data, combined with the lack of tangible progress in the talks with China. At 18:30pm U.K. time the SPX was trading flat, the DJIA was down 0.17% and the NASDAQ traded up 0.34%. At the close the main indices slipped back once again, as investors became spooked by Trump declaring a national emergency to get his USA-Mexico wall built. The SPX closed down 0.27%, DJIA down 0.41% and NASDAQ closed out flat.

Sterling endured another day of intense focus as more Brexit debates and amendments were put before the House of Commons. You’d have to be a political junkie to understand where the U.K. parliament is currently at, in relation to Brexit and the countdown towards the March 29th exit day. Prime minister May apparently lost another vote on an amendment, she wasn’t there to witness it, had she been there, she’d have probably shrugged at the chaos and complete shambles, of her creation. It would appear that the U.K. has three options; no deal, rescind A50, or ask for an extension of A50.

Friday is a relatively quiet day for high impact calendar news, but FX traders should not be seduced into a false sense of security. There are so many global political plates being spun at the moment, one (or several) could drop onto the floor, causing currencies to spike. Current events include: Trump declaring a national emergency on Thursday evening because he didn’t get the funds to build his USA-Mexico wall, the Chinese-American detente is not progressing, Brexit is getting critical, whilst Venezuela might reach a tipping point.

The key high impact event listed for Friday 15th is the university of Michigan sentiment reading for February. This is one of the oldest consumer sentiment readings from the USA, matching the Conference Board sentiment reading for equal ranking. The forecast is for a reading of 93.9, rising from the 91.2 print published in January. Other calendar events include the latest import and export prices pertaining to the USA for January. Exports are predicted to have risen in price whilst imports have fallen in price, a movement consistent with the rise in the value of USD during December and January, versus its basket of peers. Industrial and manufacturing production is forecast to have taken a hit during January. This may be as a consequence of the government shutdown, causing a domino effect. But manufacturing production falling to 0.00% in January from 1.1% in December, according to the Reuters forecast, may cause fluctuations in the dollar’s value, if FX markets are taken by surprise as the release is broadcast.