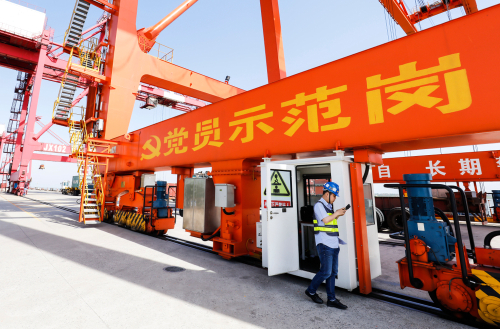 The German economy avoids a technical recession, whilst China’s exports bounce back

Germany’s latest GDP figure for Q4 came in at 0.00%, ahead of the -0.2% recorded for Q3. Two quarters (in series) of negative readings is regarded as a recession. Therefore, Germany’s economy could currently be described as stagnant, despite YoY growth coming in at 0.9%. The reasons for the recent contraction in the economy include: a global slowdown, slumping car sales, weather and Brexit. The threat, and partial implication of the Trump administration’s tariffs on European imports into America, also caused a blip in demand and supply. The emissions scandal over certain German car manufacturers likewise.

The latest Eurozone GDP growth figures were also published on Wednesday morning, the data met forecasts with GDP growth in Q4 maintained at 0.2%, with yearly growth of 1.2%. Employment change edged up by 0.3% in Q4. At 9:00am U.K. time EUR/USD traded close to flat, critically below the 1.130 handle. The euro had slipped versus the majority of its peers, versus the U.K. pound the euro traded up, EUR/GBP traded at 0.23% at 0.878.

The ripple effect of the preparations for Brexit will be felt by other neighbouring nation economies, internally European countries will be drastically altering their procedures to cope with any form of Brexit, whether no deal, or a softer Brexit. Brexit has cost the U.K. economy circa £80b in lost growth during the years since the EU referendum, according to a Bank of England official.

Gertjan Vlieghe, an external member of the Bank’s monetary policy committee, was speaking at an event in London on Wednesday morning, in which he predicted that no deal could force an emergency cut in the U.K. base rate. He explained that since the referendum in June 2016, the British economy has lost 2% of GDP. The vote has cost the economy £40b per year, circa £800m per week of lost income.

Exports from China surprised analysts by rising 9.1% YoY in January 2019, beating the market forecasts of a 3.2% fall, reversing from a 4.4% slump in the previous month. The rise in overseas sales came as trade talks, between the Chinese and USA delegations are progressing well. Trump has committed to letting the March 1st-2nd deadline for increasing tariffs to slide, if both parties can agree a route forward. China’s aluminium product exports surged 25.5% YoY to a record high of 552 million tonnes in January, whilst sales of steel products grew to 6.19 million tonnes. Coal exports went up 0.28% YoY to 0.60 million tonnes.

USD/CNY traded at 6.783 at 9:00am, close to flat. The yuan falling from circa 7.000 versus USD in October 2018, has also assisted Chinese exports into the USA and other economies. The Aussie dollar experienced a rise in the Sydney-Asian sessions, based on its close trading relationship with China, any positive economic news from the country and wider Asia, tends to boost the value of AUD. At 9:30am U.K. time AUD/USD traded at 0.710 up 0.28%, falling back after breaching R1, earlier in the Asian trading session.

Looking towards the New York session, the key high impact news release is advanced retail sales. This metric is often used to establish overall consumer confidence in the USA. The forecast is for a month on month fall to 0.1% for December. Other metrics regarding the retail performance of the USA, will also be revealed. A raft of data concerning PPI (producer price index) will be published in the afternoon session as the retail data is broadcast. PPI data is considered a leading indicator of where prices for goods in the USA may be headed, over the short to medium term.

The latest weekly jobless claims and continuous unemployment claims for the USA, are also published during today’s New York session. Traders of the USD would be advised to remain alert to these releases. They can move markets for USD and USA equity indices, if the forecasts are met or beaten. At 10:30am U.K. time the futures markets were indicating a positive open in the US; SPX up 0.23% and the NASDAQ up 0.35%, which would represent new 2019 highs. USD/JPY traded above the critical 110.00 handle at 111.0 up 0.04%, whilst the dollar index the DXY traded at 97.16 up 0.3%.

« GBP/USD whipsaws in a wide range, due to Brexit and inflation data, CPI for the USA falls due to lower energy costs Retail sales crash in the USA, whilst tariff talks with China fail to make breakthrough, causing USA equity indices to give up gains, during the New York session »