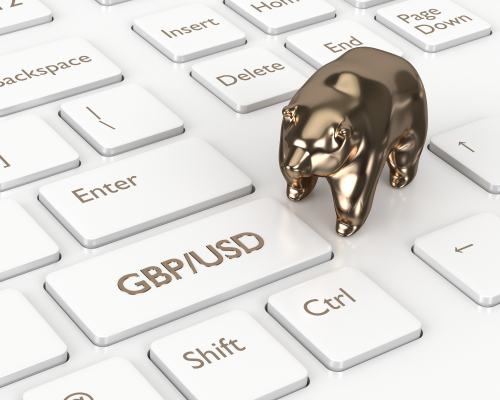 GBP/USD whipsaws in a wide range, due to Brexit and inflation data, CPI for the USA falls due to lower energy costs

Feb 14 • Forex Trading Articles, Market Commentaries, Morning Roll Call • 916 Views • Comments Off on GBP/USD whipsaws in a wide range, due to Brexit and inflation data, CPI for the USA falls due to lower energy costs

On Wednesday morning, the U.K. statistics agency, the ONS, published its latest data series and snapshot, regarding inflation for the U.K. The headline CPI inflation surprised the economists polled by Reuters, coming in at -0.8% for the month of January. Whilst CPI annually fell to 1.8%, from the 2.1% figure recorded up to December 2018. In its explanatory notes the ONS pointed towards energy costs falling, mainly at forecourt pumps for petrol and diesel, for the sudden fall.

Therefore, the negative monthly CPI reading could be immediately recovered, if Brent reclaims its 2018 high, during 2019. Sterling and in particular GBP/USD, gave up its early morning gains on Wednesday, which saw cable initially breach R1, as the inflation data series was released. FX traders quickly deduced that the U.K. Bank of England was unlikely to raise the base interest rate, in the short to medium term, whilst overall inflation remains subdued, with deflationary pressures emerging.

The ongoing saga of Brexit debates in U.K. Parliament also impacted on the value of sterling during the afternoon session. GBP/USD developed a whipsawing trading pattern, as price oscillated in a wide range, between R1 and S1. Price ended the day close to S1, down 0.35% on the day, at 1.285. The fall from the 2019 high, just above the 1.320 handle, has been related to the uncertainty regarding Brexit and recent poor data regarding the U.K. economy. After falling through 1.300 during last week’s trading session, FX traders appear to have developed a bearish bias towards GBP/USD and sterling. However, it must be noted that positive Brexit news, could rapidly alter sterling sentiment.

The recent bullish momentum regarding global equity indices, continued throughout Wednesday’s sessions. The optimism was caused by President Trump’s pronouncement in a cabinet meeting, that he could allow the China v USA trade tariff deadline of March 1st-2nd “to slide”, if progress is made between the USA and Chinese delegations’ talks, taking place in China this week. The DJIA traded up 0.46% at 21:00pm U.K. time, whilst the SPX traded up 0.27%, with the NASDAQ closing out the day close to flat, but up over 12% in 2019.

European equity indices experienced mixed fortunes; the U.K. FTSE closed up 0.81%, at 7,190 this represented the highest close in three months, since early November 2018. The DAX and CAC closed up circa 0.35%. EUR/USD was trading down 0.51%, as the euro struggled to make positive gains versus any of its peer currencies, trading down 0.24% versus the U.K. pound at 0.876. The fall in the value of the euro corresponded with the dismal industrial production figures printed for the Eurozone. Year on year, industrial production has shrunk by -4.2% up to December, whilst for the same month (month on month) the contraction was -0.9%.

The leaders in the Eurozone and at the ECB, will be hoping that a resolution to the trade war between China and the USA occurs quickly. It must also be recalled that the USA had previously threatened to impose tariffs on the E.U. and E.Z. which might have impacted on trade and sentiment, in the final two quarters of 2018. Such threats, of up to 25% tariffs on, for example; European imported cars into the USA, also caused a temporary blip in demand and supply.

The latest inflation data for the USA was published during the New York trading session. The headline CPI metric fell to 1.6% yearly, with the monthly figure for January coming in at 0.0%. Similar to the U.K., the recent fall in overall inflation was attributed to a circa 5.5% fall in fuel cost, during the month of January. Average weekly earnings year on year came in at 1.9%, workers are keeping their earnings just above the current inflation levels.

Evidence has emerged that consumers in the USA are beginning to feel stretched. The latest auto loan data revealed that approximately seven million drivers are three months or more behind with their payments. A record amount, surpassing the approx 5.8 million who fell behind at the height of the Great Recession in 2009. One metric not published in the economic calendar, but was picked up by the mainstream financial press, involved USA public/govt. debt finally breaching the $22 trillion level. The USA added $1.3 trillion to the national debt in 2018 and is paying circa $55b on interest, to service the debt each month.

On Thursday February 14th, the high impact calendar events of note concern German and E.Z. GDP growth. Germany’s GDP, on an annualised basis for Q4 2018, is forecast to come in at 0.8%, falling from 1.2% in Q3. Whilst the E.Z. GDP growth yearly is predicted to come in at 1.2%, unchanged from Q3. These GDP figures will be released in a three hour gap; Germany’s at 7:00am U.K. time and the E.Z. data at 10:00am. FX traders who specialise in trading the euro, need to remain vigilant during this window, due to the lack of support which has developed for the single trading bloc currency, during recent trading sessions. EUR/USD is currently trading down -0.84% weekly and -1.83% monthly.

« Why traders should always diarise high impact calendar events, whatever time of the day they’re published The German economy avoids a technical recession, whilst China’s exports bounce back »