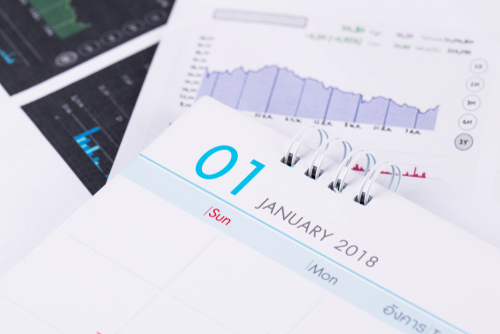 Why traders should always diarise high impact calendar events, whatever time of the day they’re published

FX trading is a global 24/5 business, it hardly ever sleeps. From Sunday evening to Friday evening, the industry, in all its facets, turns over circa $5 trillion each trading day. The FX markets are moved primarily by breaking economic news and high impact calendar events. These events are listed on your economic calendar. All experienced, professional FX traders, will refer to the economic calendar, as one of the most important tools available to them. It’s also a free tool, that influences and assists their decision making.

There are a number of beneficial ways you can use your economic calendar, to enhance your trading decisions, there are also several ways you can alert yourself to upcoming events. You could set an alarm on your smartphone, or use your MetaTrader platform to warn you of upcoming events. But irrespective of the time of day, or what positions you have in the market place at any given time, you must educate yourself to constantly refer to and make decisions from your economic calendar.

The discussions on various forums, in relation to what moves markets and what are the benefits of technical analysis, over and above fundamental analysis, are largely redundant. Fundamental analysis is the primary soft skill FX traders need to develop. As there is no doubt that fundamental economic data, contained in calendar event releases, added to ongoing political/economic developments, move our markets. FX markets do not react to a combination of your preferred technical indicators plotted on, for example, a one hour chart.

A perfect example of how a high impact calendar event can move the FX markets, was illustrated by an announcement from the RBNZ (New Zealand’s central bank) which was broadcast during Wednesday February 13th, in the Sydney-Asian trading session. The RBNZ elected to keep what they term the “official cash rate” unchanged at 1.75%. A record low, where it’s remained since late 2016. However, the bank then delivered a less dovish statement than expected.

The kiwi, the New Zealand dollar, rose by up to 1.7% as the RBNZ broadcast its latest monetary policy shift. FX traders rapidly changed direction, many engaged in what’s termed “short covering”, which is a euphemism for adding to trades in the opposite direction, when you’ve predicted the direction incorrectly and perhaps not paid attention to the two parts of an interest rate announcement; the actual release of the decision and the press conference. The analysts you should pay attention to will always stress that the press conference is the time when you’re most likely to see currency movements, if the interest rate is unchanged.

There’s also another key issue when high impact calendar events are released which FX traders need to pay attention to; the time of day they’re released. The RBNZ interest rate announcement and press conference was held in the early hours, if you’re trading in Europe and late hours in the USA. The volume of FX trading reduces massively once the New York session officially closes, at circa 10:00pm U.K. time.

This sudden lack of volume can cause liquidity in certain more exotic or cross currency pairs (which aren’t the major pairs) to shrink. This potential lack of available liquidity, even in the STP-ECN environments and liquidity pools of the most respected FX brokers, can lead to: slippage, poor fills and widening spreads. Issues which can dramatically impact on a trader’s profitability.

Whilst it’s extremely important to diarise all high impact calendar events, it’s essential that you make yourself aware of upcoming events on your economic calendar, that may be released whilst you’re asleep. As these releases may impact on positions you have open. For example, you may have USD/JPY positions open, but adjust them as you anticipate calendar events pertaining to the Japanese economy on the horizon. Data releases that you can cater for, but perhaps not take advantage of.

You may decide to widen your stops, narrow your stops, close your trades temporarily, or even hedge in order to cope with any extreme volatility, due to evaporating liquidity. Whatever and however you arrive at your decisions in relation to your trading calendar, it must always be used. And you must always be mindful of the time of day, its potential effect on the publications that are released and the impact on your trading.

« German and Eurozone GDP growth figures will be carefully scrutinised, for any evidence of further economic weakening GBP/USD whipsaws in a wide range, due to Brexit and inflation data, CPI for the USA falls due to lower energy costs »