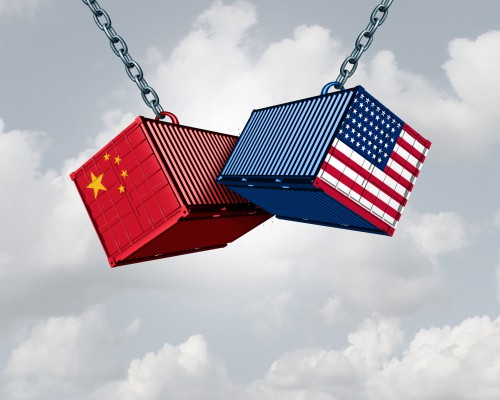 In an act of pique, due to not receiving funding for the infamous Mexico-USA wall, Trump declared a state of national emergency on Thursday night. The practicalities, if the national emergency comes into force, are straightforward. His govt, his de facto executive, can then take control of national spending, in order to divert funds to his wall project. Hopes are high that his Republican Party combined with the Democrats, will deny to support his naked power grab. As a consequence of the declaration attempt, after a fraught trading day on Wall Street, when China-USA trade and tariff talks made zero progress, Trump’s bizarre move hit market sentiment, with the major USA equity indices selling off in late trade.

Investors, market analysts and political commentators, appear to be running out of words to describe the current chaos the U.K. Parliament is in. The confusion, relating to the various Brexit amendments put forward by MPs, which are then either voted through or down, is all consuming. None of this politicking is solving the ultimate crisis in government and Parliament; finding a Brexit solution that will be voted through by its MPs, before the official March 29th, exit deadline.

With less than 30 Parliamentary sitting days to solve the problem, investors and traders will become increasingly nervous up to the March 29th exit date, unless a route forward is agreed. Markets may begin to price in a no deal exit. Sterling has fallen versus the majority of its currency peers during the past week; at 9:00am U.K. time GPB/USD traded down 0.16% at 1.279. Cable is now down 0.92% weekly and down circa 9% yearly. The leading U.K. equity index, the FTSE 100, traded close to flat, near the daily pivot point and 7,200 handle.

At 9:30am U.K. time, the U.K. statistics agency, the ONS, published the latest retail figures for the U.K. economy. The retail sector is the U.K.’s largest private sector employer. And in a services/consumer driven economy, in which 80% of GDP relates to the consumer, the latest retail figures provide a window into the current performance of the U.K. economy. The forecast was for a rise to 0.2% (month on month) in January, with yearly growth forecast to come in at 3.4% growth. The actual data beat the forecasts, revealing a 1.0% rise in sales MoM, whilst taking the YoY growth to 4.2%. Figures that failed to move the FTSE, or the value of sterling.

Friday afternoon will be an extremely busy day for the release of economic data relating to the USA economy. Import and export prices, manufacturing and industrial production growth figures, and the university of Michigan’s latest sentiment survey are the stand out releases, which FX and equity traders should remain vigilant of. The manufacturing and industrial production figures could impact on sentiment of USD dollar and equity index traders, as could the Michigan survey, if both series of data miss, or beat the forecasts. The university of Michigan forecast is for a rise to 93.9 in February from January’s figure of 91.2.

« Retail sales crash in the USA, whilst tariff talks with China fail to make breakthrough, causing USA equity indices to give up gains, during the New York session The ongoing China-USA trade talks, Japan’s CPI, the FOMC minutes and a raft of PMIs relating to Europe, are the key high impact calendar events to monitor this week »