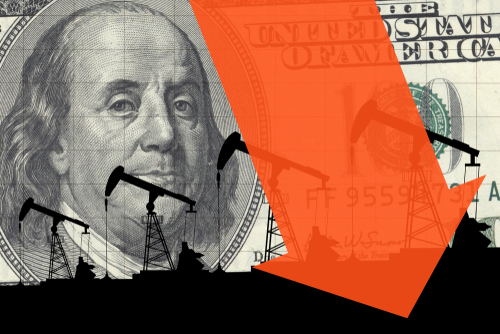 Risk on appetite returned to the global markets on Monday, after President Trump agreed to postpone the March 1st deadline, as the introduction date for 25% tariffs, on $200b of Chinese imports. After Chinese markets closed up between 5.5-6.5% on Monday, European equity indices failed to follow Asia’s extreme bullish lead, the FTSE closed up 0.07%, DAX up 0.42% and the CAC up 0.31%. Similarly, USA equity market indices experienced capped growth on the day, by 19:40pm the SPX was up 0.39% and the NASDAQ up 0.58%.

Oil failed to rise during the day’s trading sessions, despite the overall risk on appetite and the tariff news being considered good for global trade. The reason for the fall was only partially related to criticism from Trump aimed towards OPEC, that the price of oil was too high. The oil price was most likely squeezed by plentiful supply and US firms in particular, increasing their exports to compete with traditional producers, from the Middle East in key markets such as Asia. At 8:00pm U.K. time WTI traded down 3.14%, having crashed through S3, at $55.46.

Monday February 25th was a quiet day for economic calendar events relating to the USA economy; wholesale inventories rose significantly, up 1.10% monthly up to December, whilst the Dallas manufacturing activity index smashed the forecast, coming in at 14.1 for December, ahead of the prediction of 4.8. The dollar index, DXY, traded at 96.42, down 0.10%. USD/JPY maintained position above the 110.0 handle at 111.1, up 0.39% on the day. As China markets rallied, yen’s appeal as a safe haven slipped. Yuan rose versus USD, USD/CNY traded down 0.29%.

Brexit news concerned the U.K. being advised by the E.U. negotiators to postpone the March 29th exit, on the basis that the U.K. is glaringly unprepared to cope with the exit. Prime minister May is still committed to exit, despite various suggestions which have been put forward for a two monthly delay, or up to twenty one months. The latter suggestion, of twenty one months, would put the exit off indefinitely in the minds of the ardent Brexit supporters, whilst causing huge rifts in the Tory party.

The U.K. opposition, the Labour Party, has finally lost patience and confidence in the U.K. parliament’s ability to push through a withdrawal agreement. They have therefore, called for an amendment to be voted on in Parliament which will give voters the opportunity to choose any withdrawal deal eventually agreed on, or remain, in a secondary referendum. The overall market reaction to the news was muted, although sterling did react by rising moderately.

GBP/USD rose to R1 up 0.45% on the day at 1.311. EUR/GBP traded down 0.12% at 0.867. The euro experienced rises versus USD, CHF and traded up 0.68% versus JPY. Versus the kiwi and Aussie the euro fell, as commodity currencies both of the Australasian dollars rose. China returning to full trading with the USA will undoubtedly help both the New Zealand and Australian economy, particularly based on their reliance on exports to China and Asia.

Tuesday represents a busy day for economic calendar news in the USA, with housing data taking centre stage. The Case Shiller Composite reading indicates the prices in the 20 top cities in the USA. Year on year the growth is predicted by Reuters to come in at 4.50% growth per year up to December, down from 4.68%. Building permits are forecast to fall by -2.8% month on month, whilst housing starts are forecast to fall by -0.5% month on month. Tuesday will also see the latest USA consumer confidence readings released by the Conference Board; the forecast is for a rise to 124.1 for February from 120.2 in January.

Later in the afternoon, in the New York session, Jerome Powell will testify in front of the Senate banking panel. This appearance is listed as high impact based on the opportunity for the chair of the Fed to openly discuss forward guidance, in relation to the USA monetary policy. This appearance comes ahead of the latest GDP growth data for the USA economy, which will be published on Thursday.

For Q4 annually, GDP is forecast to fall to 2.5% from 3.4% in Q3 2018. Potential growth and the likelihood of more interest rate rises throughout 2019, are two of the most critical issues Mr. Powell is likely to cover in his address.

« Sterling under focus as talks of Brexit delays heighten, Chinese equity markets rally on news Trump has postponed tariffs Sterling rises versus peers as U.K. looks to delay Brexit, focus turns to the Fed chair Jerome Powell as he prepares to testify in front of the Senate »