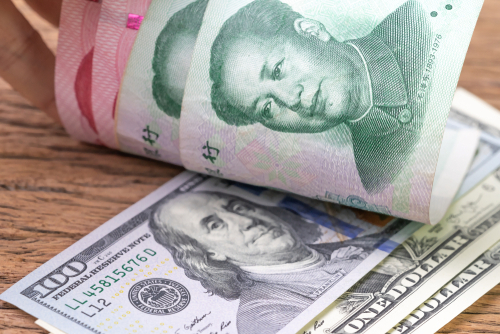 Chinese equity market indices, printed fresh yearly highs across the board, during the Sydney-Asian trading sessions, as news that the Trump administration had postponed the 25% tariffs on Chinese imports, filtered through to investors. The Shanghai Composite closed the session up 5.60% and the CSI closed up 6.4%, taking the year to date gains in 2019 to 18.7% and 23.8% respectively.

Trump tweeted that he was; “pleased to report that the U.S. has made substantial progress in our trade talks with China on important structural issues including intellectual property protection, technology transfer, agriculture, services, currency, and many other issues. I will be delaying the U.S. increase in tariffs now scheduled for March 1. Assuming both sides make additional progress, we will be planning a Summit for President Xi and myself, at Mar-a-Lago, to conclude an agreement.”

The huge relief rally in Chinese equities, stood in stark contrast to the muted rise in U.S. futures and European indices, presumably Western Hemisphere analysts have treated the news with more caution. Although most analysts and investors have concluded that Trump has blinked, finally realising that the tariffs, which he unnecessarily implemented in 2018, are as harmful to the USA economy, as China’s. Futures markets for USA equity markets rose on the news, at 9:00am U.K. time, markets were indicating a rise of 0.32% in the SPX and 0.43% in the NASDAQ, when New York opens.

The yuan rose versus the U.S. dollar as the news broke, and at 9:45am USD/CNY traded down 0.23% at 6.684, but still up 6.20% yearly. The dollar index, DXY, traded down 0.10% at 96.40. Yen fell versus the majority of its peers, as its traditional safe haven appeal receded after the bullish news relating to China. USD/JPY traded close to flat on the 110.00 round day number and handle, at 110.68. Oil also rose during the early trading sessions, due to renewed global trade optimism. WTI traded up 0.27% at $57.35 per barrel, whilst gold, a traditional safe haven investment during uncertain times, traded up 0.16% on the day, as the precious metal maintained position, above the $1330 per ounce level.

There are no high impact calendar events, relevant to the USA economy, scheduled for release on Monday afternoon. The latest wholesale and trade inventories metrics and the Dallas manufacturing survey data, are unlikely to move the USA equity, or FX markets for the U.S. dollar, when published during the New York session.

Brexit news from the U.K. was it’s normal mixture of incredulity and confusion on Monday morning. A quick recap confirms that Mrs. May will now hold the next meaningful vote on March 12th, despite making no progress or proposing anything new, since her last January vote was defeated by a record number in parliament. She’s now also mindful to ask for an extension to the exit, to thwart off the Labour Party voting on an amendment to do the same. Rumours have also circulated that the A50 extension could be as long as 21 months, therefore, rendering the “will of the people”, “Brexit means Brexit”, “we will exit on March 29th” speeches she’s made over recent months and years, completely redundant.

Sterling rose on the supposed positive developments with regards to Brexit, by 10:00am U.K. time GPB/USD traded up 0.23% at 1.308, above the daily pivot point, whilst threatening to breach R1, maintaining position above the critical 1.300 handle and the 200 DMA, sited at 1.299. Versus several other currency peers, sterling also rose; the U.K. pound was up versus JPY and CHF. However, the Kiwi and Aussie rose versus GBP, both Australasian commodity currencies rose versus their peers, as a consequence of the Chinese-USA tariffs delay. The U.K. FTSE traded up 0.20% at 10:00am.