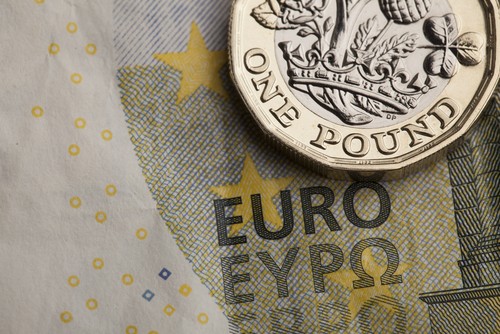 Sterling rises versus peers as U.K. looks to delay Brexit, focus turns to the Fed chair Jerome Powell as he prepares to testify in front of the Senate

Feb 26 • Forex Trading Articles, Market Commentaries • 615 Views • Comments Off on Sterling rises versus peers as U.K. looks to delay Brexit, focus turns to the Fed chair Jerome Powell as he prepares to testify in front of the Senate

The U.K. pound rose versus the majority of its peers from late Monday evening until Tuesday morning’s London-European trading session, as rumours circulated regarding a volte-face by the U.K. prime minister. The rumours were two fold, firstly; that Mrs. May had decided to support a delay in Brexit of two months, based on the U.K. putting in no practical preparations to leave on March 29th. Secondly; Mrs. May is now prepared to remove the threat of a no deal Brexit off the table.

Both developments represent a complete reversal of her previous positions. The other relevant development came from the U.K. major opposition party, the Labour Party, who will now support what’s termed “a people’s vote”, on any proposal parliament eventually agrees on. A slim hope is now emerging that any brexit deal finally agreed, might be put to the electorate to agree on, and they might vote to remain. At 9:00am U.K. time, GBP/USD traded up 0.38% at 1.314, the highest level since late January. Market reaction for sterling has been relatively subdued during the morning’s trading, despite the developments, as analysts and FX traders are (rightly) judging that any form of Brexit is still negative, for the U.K. pound and the overall economy. Versus its other peers, sterling made similar gains during the morning’s sessions; EUR/GBP traded down 0.22% at 0.863, trading down 1.83% yearly.

European equity indices dropped during the first hours of the London-European trading session, the U.K. FTSE traded down 0.83%, Germany’s DAX down 0.32% and France’s CAC down 0.37%. The latest GfK reading for Germany’s confidence in February, came in as forecast, at 10.4. The Chinese equity markets receded during Tuesday’s Asian session, after posting gains of circa 5.5-6.5% during Monday’s sessions, the CSI closed down 1.20%, capping the 2019 recovery to data at 22%. At 3,684 the index is still circa 11% below its 2018 peak of 4,139.

Chinese and Asian markets were relatively subdued during Tuesday’s Sydney-Asian session, as investors absorbed the fact that the Trump administration had only delayed the implementation of the tariffs, whilst the likelihood that the president will revisit the threat, still looks high. The futures markets were indicating negative readings for USA indices once New York opens this afternoon; at 9:30am the SPX future was down 0.25% and the NASDAQ was down 0.38%. The dollar index, the DXY, traded close to flat at 96.40.

In a busy day for economic calendar news relating to the USA economy, a plethora of housing data will be published. The S&P Case Shiller index for the top twenty cities in the USA is according to the Reuters forecast, set to reveal little change in house prices, down to 4.5% growth yearly, up to December 2018. Housing starts are forecast to have stalled, falling by -0.50% in December. Whilst building permits are also forecast to have slipped; down by -2.80% in December. Both the figures for starts and approvals are seasonally sensitive, therefore, the falls are unlikely to spook USA equity markets.

Later in the afternoon, at 15:00pm U.K. time, the latest Conference Board, consumer confidence reading for the USA will be published. The prediction is for the reading to come in at 124.1 for February, from 120.2 in January. This high impact calendar event is closely watched by: analysts, investors and FX traders. As one of the longest serving, soft data, sentiment readings, the Conference Board confidence reading is also one of the most respected readings. Whilst the organisation publishing the data is also highly respected; it has a reputation for keeping its finger on the pulse of USA consumer sentiment.

All investors’ and FX traders’ eyes will turn to Jerome Powell’s appearance in front of the Senate banking panel at 15:00pm. This twice yearly appointment, offers up the Fed chair and de facto leader of the FOMC, the opportunity to lay out his vision for the central bank’s monetary policy, throughout the year. Previously, the FOMC/Fed had adopted a hawkish stance and policy as it stuck to three interest rate rises during 2018. However, in the recent FOMC minutes, published in the trading week ended February 22nd, the committee appeared to adopt a less hawkish stance, failing to commit to any further rate rises during 2019.

With the latest GDP figures for the USA economy forecast to fall to 2.5% from 3.4% quarterly, up to Q4 2018, Jerome Powell might feel justified in pausing any aggressive policy at the current time. The latest GDP growth data is scheduled for release on Thursday, at 13:30pm. FX traders would be advised to begin planning for this event, as it has the propensity to move the value of USD, if a significant rise or fall in GDP growth is recorded.