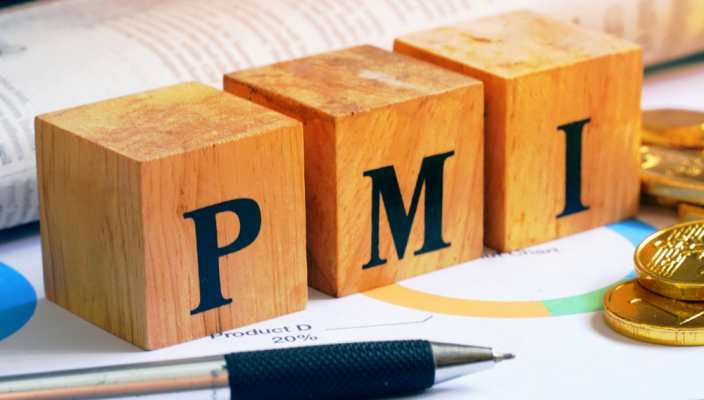 Japan’s factory sector remained under the Markit PMI 50 level, separating contraction from expansion, extending a contraction that began in February, according to the latest survey of purchasing managers’ data, released on Thursday morning.

The Japanese manufacturing PMI came in at 49.5 in April, up from 49.2. Exports are continuing to fall this month and at a faster rate than in March. Joe Hayes, an economist based at Markit, believes the US-China trade war is having a direct impact on Japan’s export performance:

“Japan’s manufacturing sector remained stuck in its rut at the start of Q2, with the factors which have prohibited any growth such as US-Sino relations, growth fears in China and the turn in the global trade cycle, all remaining prominent risks.”

Poor Japanese data published on Thursday, wasn’t limited to the manufacturing PMI; a Reuters survey published during the Asian session, revealed that business confidence in Japan has plunged to a two and a half year low. Naturally, the focus has been on China’s economy over recent quarters, as the trade and tariff conflict took hold on the global economy. However, as one of the top 3-4 export driven manufacturing economies globally, the knock on effect suffered by Japan, has been considerable. At 8:45am U.K. time, USD/JPY traded down -0.12%, as price for the major pair developed bearish price action, breaching the first level of support, as price slipped below the 112.00 round number, to 111.90.

Yen experienced significant gains versus several peer currencies during the Asian session, as the safe haven currency experienced bids, a pattern that continued once London based FX traders took up the mantle. JPY rose versus: AUD, NZD, EUR, GBP and CHF. Other than the poor PMI data, the spectre that USA North Korean tensions might reappear, after N.K. successfully conducted a missile test, may have spooked many in the Asian investment community.

A raft of Markit PMIs for the Eurozone, were published during the early stages of the London-European trading session on Thursday, Germany’s manufacturing PMI remained significantly below the 50 contraction/expansion level, coming in at 44.5 for April, marginally above the 44.1 recorded in March, the weakest figure recorded in six years. A severe reduction in exports has caused the slump, according to Markit;

“The drop in manufacturing order books in April was led by a further steep decline in new export orders, which fell at the second-fastest rate in the past ten years. Anecdotal evidence highlighted weak demand across the automotive sector in particular, whilst also suggesting some hesitancy among UK based clients.”

The manufacturing PMI for France also came in below forecast at 47.4, registering the lowest reading for four years. Services PMIs for both France and Germany, showed marked improvements, helping to counter balance the overall composites for both countries and the Eurozone. France’s Composite came in at 50, Germany’s at 52.1 and the E.Z.’s at 51.3. In response to the various PMI readings, the euro sold off sharply versus several peers; at 9:00am U.K. time, EUR/USD fell through the second level of support S2, down -0.35% at 1.125. The euro’s most severe fall was witnessed versus yen, EUR/JPY fell by -0.55%, crashing through the third level of support, S3.

The latest data, concerning the U.K. retail sector was published on Thursday morning, with retail sales for the month of March beating expectations coming in at 1.2% growth, ahead of the forecast of 0.4%. Year on year, retail sales growth, excluding auto fuel, is put at 6.2%, beating the Reuters expectations of 4% growth. Analysts were calculating that U.K. consumers would be reluctant to spend, based on the spectre and uncertainty of a post Brexit future.

However, these retail sales figures will leave many analysts confused, with regards to the causes of the sustained performance of the retail sector. Some may cite stockpiling as a reason for the significant increase, although evidence of this is remote. Other analysts may logically suggest that retailers have engaged in continual sales, to ensure any stockpiling they’ve indulged in, is kept to manageable levels. Or the most logical conclusion is that many shoppers have simply gone about their day to day existence and not altered their habits, despite the constant media coverage of Brexit. At 9:45am U.K. time, shorty after the latest U.K. retail data was broadcast, GBP/USD traded down -0.10%, above the 1.300 handle at 1.303, breaching the first level of support S1.

The key economic calendar data relating to the USA this afternoon concerns the latest weekly and continuous unemployment claims published at 13:30pm U.K. time, which are forecast to remain relatively unchanged week on week and on a continuous basis. Retail sales figures will be published for the USA economy at the same time, thereafter, the latest Markit PMIs for manufacturing, services and the composite will be revealed. Although ranking as medium impact, Markit PMIs tend to have less impact on equity markets and the value of the U.S. dollar, in comparison to their impact in Europe.

USD made considerable gains versus the majority of its peers during the Asian and London-European trading sessions, the dollar index, DXY, traded up 0.23% at 97.24. USD/CHF traded close to flat, whilst USD/CAD traded up 0.15%. Futures markets for USA equity indices were indicating a negative open for the New York session, SPX down -0.18% and the NASDAQ down -0.20%.

« Why day trading and day trading strategies, might be the best style for the majority of FX traders. USA trade balance surprises markets by reducing deficit on a month on month basis, German authorities cut back GDP forecast. »