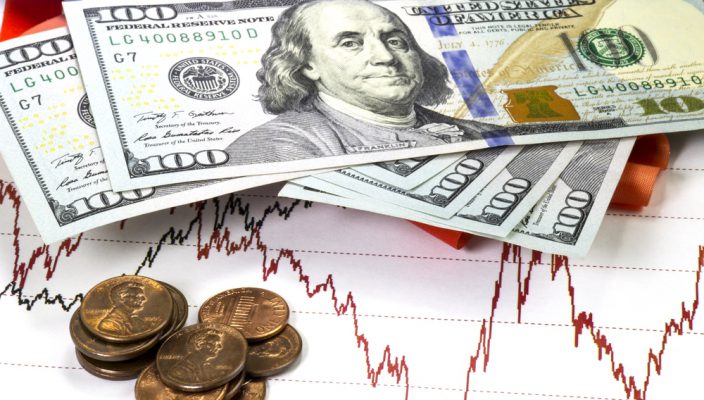 USA equity indices initially looked to have continued their recent consistent risk on momentum, during the early stage of the New York trading session, as the latest trade balance figure for February came in at -$49.4b, an unexpected eight month low. However, the gains evaporated later in the session. Closer analysis of the data provided fascinating detail; the goods deficit with China dropped 28.2% to $24.8 billion. Exports to China increased by 18.2% to $8.4 billion, whilst imports from China fell 20.2% to $33.2 billion, according to Wednesday’s data.

Naturally, the USA administration, currently locked in trade talks with their Chinese equivalent, will claim this data as a win, insisting the data is proof that their tariffs programme versus China has resulted in the desired affect. But the data is out of step with metrics Chinese authorities released last week, which claimed the opposite to the USA’s. Perhaps both recent figures illustrate that such macro economic data can’t be analysed over one month, due to the possibility of overlapping results.

Despite the bullish trade balance, USA equity indices closed Wednesday out in negative territory; SPX down -0.23% and the NASDAQ down -0.04%. The U.S. dollar index closed the day out down -0.02%, retaining position above the 97.00 handle, at 97.02. USD/JPY whipsawed in a tight range, oscillating between the daily pivot point and the first level of resistance during the day’s sessions. At 22:20pm U.K. time the major pair traded close to flat, maintaining position above the 112.00 handle and round number, at 112.02. USD/CHF ended the trading day up circa 0.26% at 1.010, after trading in a bullish daily range, breaching R1, before threatening to breach R2.

The subject of tariffs and a potential resolution, wasn’t contained to China and the USA, as during Wednesday’s trading sessions, the E.U. announced they were considering applying tariffs onto various USA imports into the European Union. This announcement is a reaction to the threat from the Trump administration to apply tariffs versus the E.U.’s supposed state aid for Airbus. Threats that have become more vocal, after the new Boeing 737, has experienced devastating, terminal failures. The E.U. list covers $20b of imports into Europe annually, hundreds of items including: frozen fish, truffles, dried fruits, vegetable fat, wine, vodka, handbags, bicycle parts and video game consoles.

This announcement came after the German government announced they’d halved their GDP target growth rate for Europe’s engine of growth, from 1.0% to 0.5% for 2019. Despite the tariff threats and the cut in the estimate for German GDP growth, the DAX closed up 0.43%, with France’s CAC up 0.63%. The euro experienced mixed fortunes throughout the day’s trading sessions, with only EUR/CHF recording significant gains of 0.40%, as the price action caused price to breach R3. EUR/USD whipsawed in a narrow range, opting between the first level of resistance and the daily P.P. at 22:45pm the major pair eventually closed the day out at 1.129, up 0.15%.

House prices and inflation data were the main contributory factors driving the performance of sterling during Wednesday’s trading sessions. ONS data revealed that CPI came in at 1.9% year on year up to March, below the Reuters forecast of 2.0%. U.K. house prices fell marginally, with the largest falls coming in London year on year, where prices fell by -3.8% over the year up to March. Whilst Brexit was blamed for the fall in prices, many financial analysts simply neglected to recognise that many U.K. mortgage holders are close to their tensile breaking point were debt is concerned, even in an emergency base rate economic environment. GBP/USD maintained position above the 1.300 round number, ending the day at 1.303, down 0.08%, after trading in a narrow range, as the security has done for the majority of April, as price has remained just above the 200 DMA, sited at 1.296.

Thursday’s key economic calendar data involves a slew of Markit PMI data for: France, Germany, and the wider Eurozone. The PMI data will include: manufacturing, services and composite readings for the two countries and the E.Z. As the readings are published between 8:30am and 9:00am U.K. time, the euro could come under intense speculation, if collectively the data is regarded as either bullish or bearish, for the single bloc currency. Markit PMIs are often regarded as leading as opposed to lagging indicators, therefore, FX analysts and traders can collectively alter the value of the domestic currency in question, dependent on the readings. From the U.K. the latest retail figures are released at 9:30am, Reuters anticipate a fall to -0.4% in March, from 0.4% in February. Should the prediction be met shopper reluctance will be blamed on Brexit, as opposed to 40% of U.K. working adults having (practically) no savings. The U.K. Bank of England will deliver its credit conditions and bank liabilities survey on Wednesday morning, a publication that’s listed as high impact, due to its ability to move the value of the U.K. pound and U.K. equity indices, depending on the content in the survey.

From 13:30pm U.K. time until 15:30pm, a raft of economic data for the USA economy will be published. Various Markit PMIs will be delivered, advanced retail sales for March (expected to show a 0.8% rise), initial and continuous unemployment claims, and the Philadelphia Fed business outlook index for April. This significant release of data, could impact on the value of both the U.S. dollar and U.S. equity markets, particularly if the data misses, or beats forecasts.