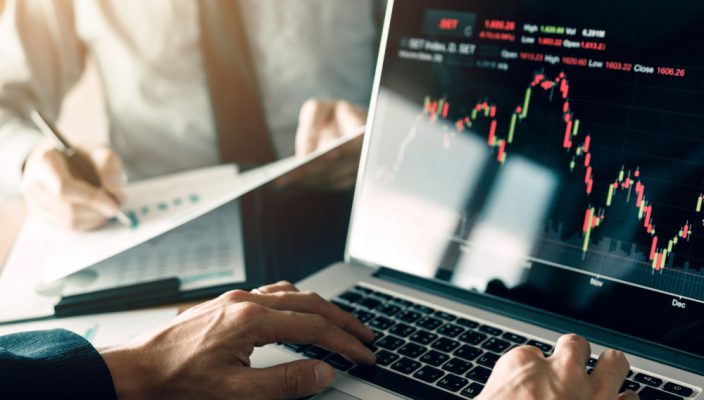 Why day trading and day trading strategies, might be the best style for the majority of FX traders.

Apr 17 • Forex Trading Articles, Market Commentaries • 4806 Views • Comments Off on Why day trading and day trading strategies, might be the best style for the majority of FX traders.

FX traders are typically divided into three-four distinct styles, they’re generally listed as: scalping, day trading, swing trading and position trading. Scalping is extreme, short term trading, with trades generally lasting for seconds, or minutes. At the other end of the spectrum, position traders can remain in their positions for weeks or months, as typically they’ll take positions based on events such as interest rate rises. An example of a position trade could be; taking long positions in pairs where USD is the base currency, based on the FOMC/Fed in the USA raising the key interest rates for the USA economy to 2.5% in 2018, completely out of step with many other central banks’ policy.

As a result of such a monetary policy as the FOMC’s, major currency pairs have generated significant gains for the U.S. dollar yearly. EUR/USD is down circa -8.60%, GBP/USD down -8.16%, AUD/USD is down -7.52%. USD/CHF and USD/JPY are up circa 4.5%. However, the rises versus JPY and CHF have been capped year on year, due to both the Swiss franc and Japanese yen being regarded as safe haven currencies. Assets that many investors sought refuge in, during the final two quarters of 2018, when global equity markets experienced a significant correction, mainly as a consequence of the China-USA trade wars, caused by the implementation of tariffs.

All things considered, if you were an investor, who stayed long the U.S. dollar over the past year, by way of EUR/USD and GPB/USD, you’d be up over 8%. There’s a caveat to that calculation, as it’s based on the assumption that you traded through a zero fee account, with a broker applying no swap charges for holding the trades overnight. An absolute must, if you’re to make position trading work, as is trading through an STP-ECN broker.

Positioned between the extremes of the trading style spectrum, are day trading and swing trading. As the title would suggest, day traders concentrate on the day’s trading opportunities. A definition of day trading could be; speculation in securities, specifically buying and selling financial instruments within the same trading day, such that all positions are closed before the market closes for the trading day. Traders who trade in this capacity with the motive of profit are therefore speculators.

The style of day trading could be considered the ideal method for traders, of all levels of experience and ability as they’re: concentrating only on the day’s movements, looking to trade the opportunities that are generated on a daily basis, not holding trades overnight, whilst they’re also becoming familiar over how to triangulate the daily price action they observe, with fundamental and technical analysis. They can also gauge their account growth, or loss, on a daily basis. Therefore, if they’ve developed a healthy and necessary respect for risk, they can limit their account risk per trade and per day, whilst limiting the amount of trades they take, to ensure they’re never taking on board excessive risk.

Unlike perhaps swing and or position traders, day traders are in the unique position of limiting their risk precisely, on a day to day basis, without having any concerns that they might have to increase their risk, perhaps by moving their stops, to hold onto a trading position. They can simply attach a risk per trade and stick to it, knowing that if they’re wrong and if their trade is stopped out, they simply predicted the trade direction incorrectly.

The peace of mind day trading can generate, is also a subject not covered enough on various FX trading forums and trading analysis sites. Let’s surmise you’ve had a losing day; you’ve taken four trades, you’ve risked 0.25% account size per trade, all trades were losing trades and were stopped out.

You recognise that it’s a highly unusual situation for you to lose four trades in series, as a consequence you also realise that today, is simply one of those days, when your edge simply doesn’t work. It’s not you, it’s not your edge, it’s the market. You’ve reached your 1% trading loss circuit breaker, therefore, you’re out, your day trading (for today) is over. You switch off your p.c. or laptop, content that your loss is so relatively small, that your chances of recovering it tomorrow are high.

A 1% loss won’t put you out of the game, it won’t destabilise your trading equilibrium. And counter intuitively, you can approach trading tomorrow in the full knowledge that the highly disciplined risk parameters, that you’ve painstakingly embedded into your trading plan, have served you well.