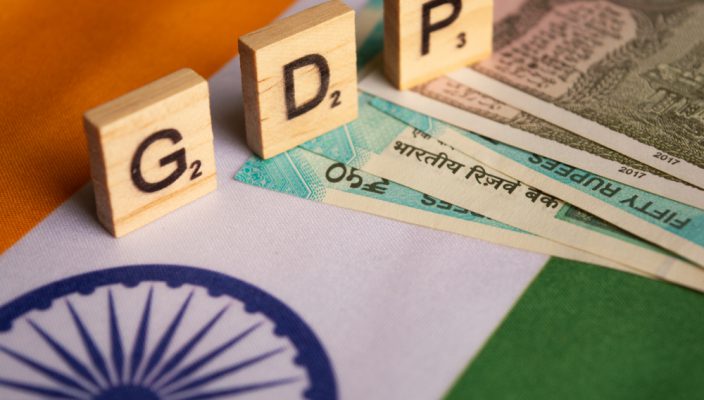 China posted a year on year, first quarter GDP growth figure, of 6.4% during the Asian session, marginally beating several forecasts of 6.3% growth, whilst maintaining the growth figure of 6.4% registered in Q4 2018. The result calmed investor fears that China had suffered a deep and long term economic impact, due to the tariffs imposed by the USA, during the final two quarters of 2018.

The data also illustrated that the fiscal and monetary stimulus, put in place by China’s central bank and government, is now taking affect; industrial production growth rose to 8.5% year on year up to March, beating the forecast of 5.9% by some distance, retail sales also rose during the month, as unemployment fell marginally. Private sector fixed-asset investment; a measurement of the confidence Chinese private manufacturers and entrepreneurs have in the domestic economy, rose 6.4% in Q1 2019, compared to a year earlier.

USD/CNY fell by -0.41% after the Chinese data series was published, at 9:00am U.K. time the cross pair traded at 6.68. Whilst a slightly lower dollar versus yuan makes USA exports cheaper to China, imports can become more expensive, causing a further impact on the significant balance of trade deficit the USA has with China. The partial recovery China has posted, on the basis of this data, might concentrate the USA administration’s collective mind; that the impact of the tariffs has been negligible, based on the action of China’s central bank and government. Therefore, any negotiating tactics the Trump administration thought they had, to extricate favourable terms from their Chinese counterparts, is now questionable.

The Aussie dollar enjoyed a boost as the China data was broadcast, as an economy heavily reliant on its exports to China (aggregates such as iron ore and coal), the commodity currency’s valuation can fluctuate significantly, based on China’s prospective fortunes. AUD/USD reached a high not witnessed since early February 2019 during the Sydney-Asian trading session, that momentum continued into the London-European session, as the bullish price action caused price to breach the second level of resistance R2. At 9:50am U.K. time AUD/USD traded up 0.30% at 0.719.

The Aussie and other commodity currencies such as the loonie, the Canadian dollar, also rose as a consequence of WTI rising due to the Chinese data; USD/CAD traded down -0.27% at 1.332, as price breached S2, whilst the currency pair has continued to exist in the narrow range, evident during the month of April, best observed by analysis on a daily chart. Both CAD and AUD registered gains versus the majority of their peers, during the early trading sessions.

European economic calendar news was dominated by the latest series of inflation figures published at 9:30am, the key headline CPI reading came in at 1.9% year on year up to March, maintaining the previous level, not reaching the Reuters forecast of 2%. PPI input inflation also came short of forecast, whilst house prices in the U.K. rose by 0.6% year on year, with London prices falling by -3.8% year on year, the largest fall registered since September 2009. Such a fall in the capital could be a concern; as sales are shrinking, the base interest rate is low, and the U.K. is still in the E.U. Therefore, there’s plenty of potential storms on the horizon, which could exacerbate the situation.

Sterling slipped further into loss territory, as the overall slew of inflation data was published, FX analysts and traders quickly deduced the Bank of England was less likely to increase the base interest rate, if inflation remains benign. At 10:20am U.K. time, GBP/USD traded down -0.07%, slipping below the daily pivot point to trade at 1.304, within a 100 pip range of breaching the 200 DMA, sited at 1.296. The loss was capped due to general USD weakness, across the board.

EUR/GBP traded at 0.868, up 0.33%, breaching R2 and posting a high not seen since March 21st. The euro made significant gains versus several peers during the morning trading sessions, as despite CPI (inflation) falling to 1.4% year on year up to March, the impressive balance of trade figures has partially restored confidence in the Eurozone. At 10:30am EUR/USD traded up 0.31% at 1.132, posting a high not witnessed since March 27th, as the bullish price action saw price breach R1, with R2 threatened.

The key, economic calendar data metrics, scheduled for release on Wednesday afternoon, concerns the latest March CPI figure for Canada, expected to come in close to the 1.5% reading recorded in February, and the latest trade balance figure for the USA. Reuters forecast a rise in the deficit to -$53.6 billion for the month of February, rising from -$51.1 in January. A figure which, if met, could be illustrative that the USA trade war/tariffs versus China and partially versus the E.U. have failed to illicit the planned benefits for the USA economy.

Both the Canadian and USA data releases, could impact on the value of CAD and USD, therefore, FX traders who prefer to trade breaking events, or who specialise in trading those currencies and their associated pairs, should ensure they remain vigilant to the releases, scheduled for 13:30pm U.K. time.

« Euro falls as certain ECB officials report their projections were too optimistic, sterling slips as reports emerge that talks between Labour and Tories have stalled. Why day trading and day trading strategies, might be the best style for the majority of FX traders. »