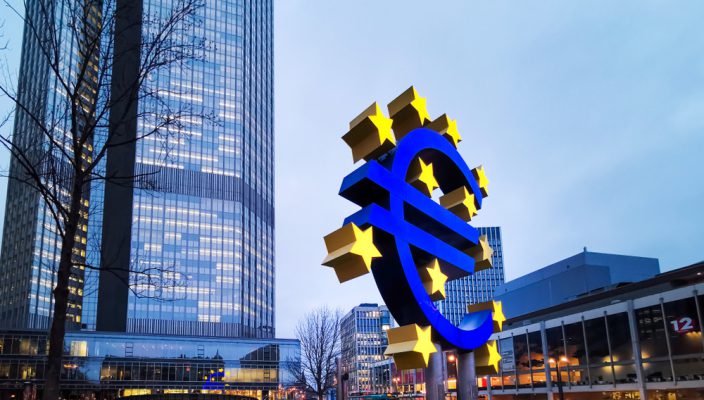 Euro falls as certain ECB officials report their projections were too optimistic, sterling slips as reports emerge that talks between Labour and Tories have stalled.

Apr 17 • Forex Trading Articles, Morning Roll Call • 2355 Views • Comments Off on Euro falls as certain ECB officials report their projections were too optimistic, sterling slips as reports emerge that talks between Labour and Tories have stalled.

The euro fell versus the majority of its peers during the London-European trading session on Tuesday, after several ECB central bank officials declared their belief; that the previous targets the bank had set for growth, were over optimistic. This declaration implied that the ZIRP and NIRP (negative and zero interest rate) policies would have to stay in place longer, whilst the monetary stimulus for banks, would also have to continue. This concern was in contrast to various ZEW readings on Tuesday morning, which mostly delivered bullish results, for both Germany and the Eurozone.

Sterling slumped during the afternoon trading sessions, as fresh Brexit news emerged. Reports began to surface that the talks between the Tory government and the Labour Party opposition, were likely to break down, without any compromise reached, that could be put to parliament to possibly vote through. Therefore, the possibility of a hard, no deal Brexit, reappeared, despite the final exit date being as distant as October 31st. FX market participants might also be developing doubts regarding the overall stability of the U.K. government.

Theresa May could face a challenge to her leadership position, as up to half of her cabinet and approximately 170 of her Tory MPs are vehemently opposed to contesting the European elections, a process the U.K. will be forced to engage in, should they not exit the E.U. by May 22-23rd. At 22:30pm U.K. time, GPB/USD traded down -0.38%, as the bearish price action caused price to crash through S2, to reach 1.304, within touching distance (circa 100 pips) of the 200 DMA, sited at 1.296. Sterling also slipped versus many other of its peers, falling by -0.42% versus JPY.

USA equity indices closed up on Tuesday; SPX by 0.05% and the NASDAQ by 0.30%. The risk on market sentiment was maintained, despite the latest industrial and manufacturing data missing forecasts, the capacity utilisation rate also fell. However, the overall bullish sentiment and optimism; that the China-USA trade talks will yield positive results, ensured that Wall Street ignored fundamentals and closed up. The dollar index, DXY, traded up 0.12%, reclaiming position above the 97.00 handle, at 97.06.

At 22:45pm, USD/JPY traded close to flat on the 112.0 handle, after oscillating between bullish and bearish conditions during the day’s sessions, trading in a wide range to end the day close to the daily pivot point. USD/CHF traded up 0.36%, the bullish price action caused price to breach the second level of resistance, R2. After falling through S1 in the morning session, WTI oil reversed direction to breach R2, to retake the $64.00 per barrel handle, at 64.22, price rose by 1.42%. The rise was based on API crude oil inventories, slumping by -3.10m.

Wednesday April 17th represents an extremely busy day for economic calendar events and releases. Therefore, FX traders would be advised to constantly refer to their economic calendar, whilst ensuring they remain vigilant to all the data and results. The key events will have begun with Chinese data published in the Asian session, which could set the risk on-risk off tone, for the European and New York sessions. Thereafter, at 9:30am U.K. time, a slew of data relating to the U.K. economy will be published, including the latest CPI data, forecast by Reuters to come in at 2.0% year on year up to March. Producer input prices are forecast to rise to 4.1% YoY.

The combination of the two U.K. inflation readings, if the forecasts are met, could see FX traders push up the value of GBP, if the consensus develops that the Bank of England might bring forward any ambition, to raise the base interest rate above the current 0.75% level. The Eurozone statistics agency will publish the latest E.Z. CPI figure, expected to come in at 1.4%, falling from 1.5%.

The key North American data to be released on Wednesday afternoon, begins with the latest March CPI figure for Canada which will be published at 13:30pm U.K. time, with Reuters forecasting the rate to stay close to the current rate of 1.5%, recorded in February. At the same time, the latest February trade balance deficit figure for the USA will be broadcast. Forecast to come in at -$53.6b, this figure (if met) will illustrate the failure of the Chinese tariff policy, whilst also projecting a 2019 deficit of circa -$600 billion for the USA economy. Various energy, inventory data, for both gas and oil, will be released during the latter stage of the New York trading session, figures that could move the price of WTI and the value of various commodity currencies.