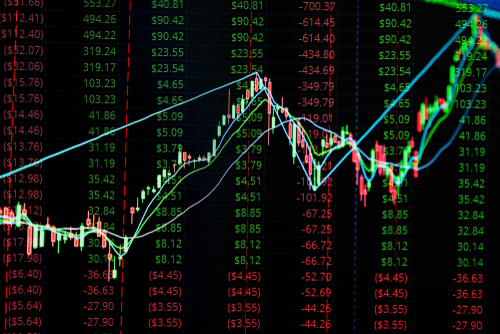 Cable reached a seven month high during Wednesday’s afternoon trading session, after analysts and FX traders deduced that the U.K. govt. is likely to ask for a delay to Brexit, past the March 29th deadline. The chance of a no deal Brexit now looks less likely, based on the various statements and Parliamentary amendments passed through the House of Commons during Wednesday’s debate. Nevertheless, once all the drama is removed, the only achievement might be a two month extension, to prevent the U.K. falling off a cliff at the end of March.

It’s one thing to ask for an extension, but leaders such as Macron of France, made his views clear on Wednesday; he will not vote for an extension to article 50, unless there’s a purpose behind it. He and Merkel of Germany, are not minded to offer an extension to article 50 for the U.K. government to simply waste more time. Spain’s prime minister also supports Macron’s stance. Quite why markets have reacted so positively to such a lack of tangible developments, is simply an illustration of how reactive and sensitive FX markets are to any Brexit news. But the value of sterling is equally likely to plunge, if a no deal Brexit suddenly becomes evident. It’s therefore essential sterling traders continue to remain hyper vigilant, regarding any political manoeuvres.

EUR/USD slipped by 0.13% as the single bloc currency lost ground versus several peers, although EUR/JPY rose by 0.22%, owing more to yen weakness, as opposed to euro strength. The dollar index, DXY, traded up 0.15% as dollar strength returned, the index crept above the 96.00 handle once again, during the New York trading session. USD/JPY traded up 0.39%, whilst USD/CHF traded up 0.14%, the greenback is sticking close to its parity level with the Swissie.

Washington was caught up in scandal best reserved for California and Hollywood on Wednesday, as Trump’s previous personal lawyer, Michael Cohen, gave evidence up on Capitol Hill. High on drama, full of anecdotes, there was no smoking gun that could lead to the president facing impeachment. The exercise appeared to be more of a character assassination, as opposed to delivering any tangible evidence that Trump had broken any laws. The USA equity markets brushed of the theatrical drama, the SPX closed out the day down 0.08% and the NASDAQ down 0.02%, as both indices traded in extremely tight ranges.

Jerome Powell, the Fed chair, also delivered testimony on Wednesday afternoon, to the house panel. Meanwhile, Trump and his entourage spent the day in Hanoi, Vietnam with Kim Jong-Un, conducting a summit. What the outcome delivered is tricky to say, although Asian markets appeared to have reacted positively to the meeting, based on futures pricing for Asian equity indices, on Wednesday evening.

In terms of economic calendar events Wednesday delivered mixed data regarding the overall strength of the USA economy. Advanced goods trade balance came in worse than forecast at -$79.5b for December, wholesale inventories and pending home sales rose, whilst factory orders missed the Reuters forecast, only growing by 0.10% in December.

Canada’s CPI core data came in below forecast, at 0.30% YoY up to January, the print missed the 1.90% prediction. As a consequence the Canadian dollar recovered marginally versus several peers, as FX traders began to speculate that the central bank of Canada might consider interest rate rises in the near term. EUR/CAD traded down 0.27%.

Focus will fix on the latest GDP growth figures for the USA on Thursday, Reuters panel of economists are forecasting an annualised QoQ 4th quarter figure of 2.5%, a fall from 3.4% in Q3. Such a fall, if the forecast is met, might take traders in USA equity and FX markets off guard. Therefore traders should remain aware of the release, timed for 13:30pm U.K. time.

« The latest GDP figures for the USA could impact on FX markets if analysts and FX traders have overlooked the predictions U.K. car production and exports slump, China’s factories suffer their largest export contraction since the 2008-2009 financial crash »