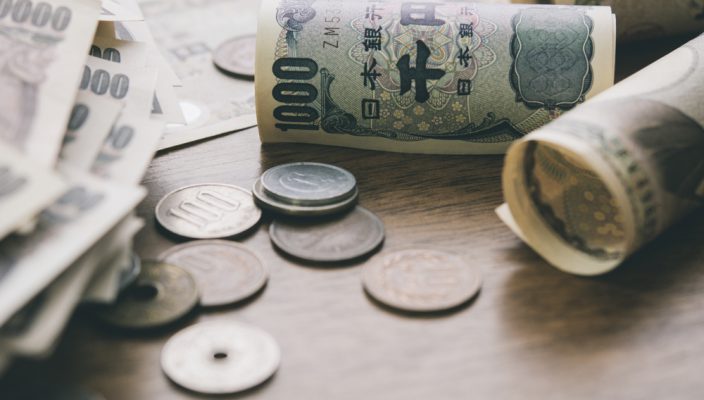 Japan’s latest import, export and trade balance figures were published in the Sydney-Asian trading session; exports fell by -2.4% year on year up to April, with imports rising by 6.4%, machine orders rose by 3.8% in March. Imports rising in tandem with machine orders, points to Japanese firms gearing up to increase manufacturing and production, over the coming months.

As a consequence, JPY rose marginally versus several of its peers, at 8:45am U.K. time USD/JPY traded down -0.10%, retaining position above the 110.0 handle/round number at 110.39, as price oscillated close to the daily pivot point. EUR/JPY traded down -0.30%, the cross pair is down -2.36% monthly, as a consequence of the yen safe haven play gripping markets over recent weeks, due to the Trump administration’s reapplication of further tariffs on Chinese imports and threats to increase tariffs on E.U. imports into the USA. That safe haven appeal has also been evident in the value of the Swiss franc, which is up 0.40% versus the U.S. dollar and 1.23% up versus the euro, when measured on a monthly basis.

The euro traded down versus the majority of its peers, during the early part of the London-European session, with the exception of gains versus sterling, owing more to GBP weakness across the board. At 9:00am U.K. time EUR/USD traded down -0.06% at 1.115, trading in a tight range, between the daily P.P. and the first level of support. EUR/GBP traded up 0.21% at 0.885, breaching the first level of resistance, the cross pair has registered gains of 1.21% weekly, as Brexit doubts have weakened GBP.

Those Brexit fears have been magnified over recent days, as investors and FX traders lose confidence in the U.K. pound, based on the current chaotic government situation, exacerbated by the prime minister’s withdrawal agreement (WA) speech on Tuesday. What she thought would be a unifying proposal across the political spectrum, gained little support from any political sources in Parliament. By Wednesday morning, certain Tory MPs took to BBC broadcasting channels to suggest the revised WA proposal should not be brought before Parliament, for a vote in the first week of June, as it was destined to be voted down, heaping more humiliation on Mrs. May, a leader not known for projecting humility.

Instead, her colleagues are moving to remove Mrs. May from office and replace her with a new leader/prime minister, before the summer recess occurs in July. FX markets are pricing in both the governmental chaos and the likelihood that she’ll be replaced by an ardent Brexiteer, as no moderates appear to be vying for the position.

At 9:20am U.K. time GBP/USD traded down -0.26%, breaching the first level of support, continuing the bearish trend which has developed from early May. Falling below the 1.270 level trading at 1.268, the major currency pair is down -2.15% monthly and trading at a level not witnessed since early January 2019. A similar pattern of price action was evident with all GBP pairs during the morning sessions. The latest monthly and annual CPI figures for the U.K. economy were published on Wednesday morning; year on year CPI came in at 2.1% missing the Reuters forecasts of a 2.2% rise, monthly the figure came in at 0.6% for April.

The latest RPI figure rose by 1.1% in the month of April, indicating that retail prices rose sharply in a single month, whilst the latest government borrowing figure was also a concern; the U.K. govt borrowed £4.97b in April, versus -£0.96b in March. The overall impact on the value of GBP was negligible as the inflation and government borrowing data was published, as the over arching issues regarding Brexit, are dominating the perceived value of sterling.

At 19:00pm U.K. time on Wednesday May 22nd, the minutes relating to the May 1st FOMC meeting will be published. Analysts and traders will quickly scour the content for evidence that the FOMC/Fed chiefs are unanimous, in their interest rate setting and monetary policy agenda. If there’s any forward guidance, suggesting a more hawkish policy may be enacted, resulting in a possible rate rise above the current 2.5% level before the end of 2019, USD could rise versus its peers. At 9:45am U.K. time the dollar index, DXY, traded close to flat at 98.02, maintaining position above the 98.00 handle, whilst the futures markets were indicating a negative open for U.S. equity indices, once the New York session commences trading; SPX down -0.17% and the NASDAQ down -0.27%. The SPX is down -1.50% monthly and the NASDAQ down -2.86%, an indication the impact of the trade war versus China and the reapplication of increased tariffs, has had on overall market sentiment.

« Sterling whipsaws in a wide range versus peers, as a new Brexit deal is offered by prime minister May to Parliament, U.S. equity indices rise as trade war fears recede. FX markets are mostly reactive and not predictive, therefore, FX traders must remain vigilant to breaking news events at all times. »