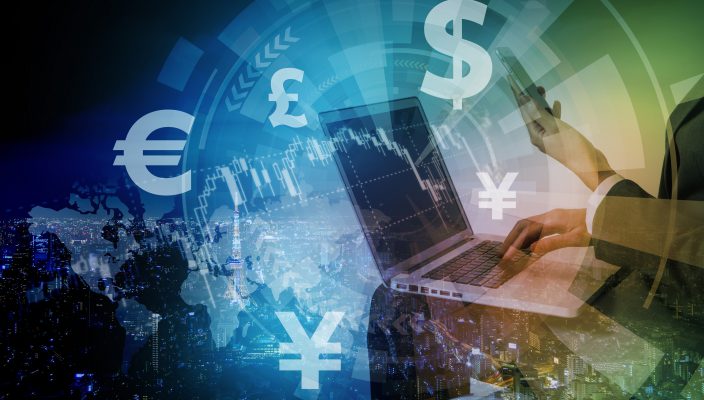 FX markets are mostly reactive and not predictive, therefore, FX traders must remain vigilant to breaking news events at all times.

May 22 • Forex Trading Articles, Market Commentaries • 1964 Views • Comments Off on FX markets are mostly reactive and not predictive, therefore, FX traders must remain vigilant to breaking news events at all times.

It’s often stated that FX markets are random, however, this claim is generally misunderstood. FX markets respond to economic data and calendar releases, they also react to breaking political developments and economic news, not necessarily listed on the economic calendar. This isn’t random behaviour, in fact it’s highly predictable on many levels. For example; if during the next FOMC rate setting/monetary policy meeting, the Fed chiefs catch the markets off guard, by voting to raise or lower the key interest rate, then you know, with absolute certainty, that the U.S. dollar will react immediately, possibly spiking in a certain direction. What you don’t know is how large the reaction will be.

This is where the description of the FX markets being “random” is relevant. In the example of an interest rate change in the USA, you know the market in USD is going to alter, you just don’t know by how much. You also can’t rely on FX markets to be predictive, as for the most part, they’re not predictive, they’re reactive. Currency values and the associated currency pairs, react to: economic data, releases, breaking political and economic news. Forex markets don’t predict the outcomes, despite traders potentially pricing in such: data, releases and breaking news.

The U.K. Brexit situation, which has been an ongoing issue over many months, as the original March 29th exit date came into sharp focus, has provided many excellent, text book, illustrations, of how reactive forex markets are. The value of the U.K. pound has risen and fallen in direct correlation to the political events surrounding Brexit. This price action has been particularly acute and evident over recent months; when the slim possibility that the U.K. Parliament might vote to remain in the E.U. became a distinct possibility, GBP rose versus its peers.

When a no deal exit has looked more likely, or during periods when the exit was odds on, GBP fell. The rises and falls occurred during speeches by the U.K. prime minister, or during and immediately after various parliamentary votes in the House of Commons too place, by U.K. members of Parliament. Or when a leadership challenge for the Tory party has looked likely, as any replacement is most likely to be a confirmed Brexit supporter.

On Tuesday May 21st 2019, FX traders experienced extreme volatility in GBP/USD, as a consequence of Brexit related news and developments. In the morning sessions, the major pair’s daily price action, saw price continue to trade in the deep bearish channel, which had become clearly defined over recent sessions. Price breached S2, reaching a level below 1.270, not seen since early January 2019. However, rumours began to emerge in early afternoon, that a speech Mrs. May the U.K. prime minister was due to deliver in London, would be the bold compromise she’d committed to over the weekend, in various news outlet interviews.

The rumours went further; suggesting that a second referendum, or what’s termed a “confirmatory vote”, might be offered to the U.K. public. News also emerged that her speech and overall proposal, had the full backing of her cabinet of fellow Tory MPs, after she’d met with them in the morning. As a consequence of these developments, GBP/USD reversed direction, erasing the majority of the approximate -0.50% daily losses, to trade close to the daily pivot point. The major pair’s price was now perfectly poised, to rise or fall, entirely dependent on the content of her speech and how well it would be received by her: colleagues, MPs and political commentators.

At close to 4:00pm U.K. time on the Tuesday, the prime minister delivered her speech, the rumours were correct, she moved her withdrawal agreement slightly to the opposition Labour Party’s stance, but shocked the assembled gathering and markets, by committing to a referendum on the withdrawal agreement offer, if it was voted through. The value of GBP/USD immediately shot up, spiking through the third level of support, up 0.70% on the day. The range the security traded in during the day’s sessions was circa 1.5%. FX analysts and traders repriced the value of GBP/USD based on their expectations that a second referendum would most likely result in a remain decision. However, the rise in the value of GBP/USD quickly faded.

Shortly after the P.M.’s speech, her Tory colleagues took to the airwaves and t.v. stations, to condemn her speech and the ideas underpinning it. Labour Party MPs conducted a similar savaging. Moreover, it didn’t take too much time or effort, for many observers to uncover the deep faults in the plan; she wasn’t promising a confirmatory vote/referendum on any WA passed, she was simply kite flying it as an option, for MPs to vote on. Moreover, FX market analysts and traders quickly realised that mentioning a possible referendum, is worlds away from MPs actually voting it through. Therefore, the speech contained nothing new, the pre marketing of it as bold and radical was discarded as a pathetic, last ditch attempt, to hoodwink Parliament. By 5:00pm U.K. time, the bullish support in GPB/USD began to collapse, price fell through the daily pivot point and by 7:00pm price had fallen back into negative territory for the day, down circa -0.25%, as price breached S1.

Although an extreme, outlier example, this behaviour of GPB/USD on Tuesday May 21st, clearly illustrates how markets react to breaking news, particularly political events, which can have a sudden and sharp economic impact. GBP/USD didn’t predict, it reacted, and the reaction could be perfectly attributed to the day’s events. As this illustration and the events of Tuesday highlights, it’s essential for FX traders to remain vigilant to breaking news and to remain attuned to events not listed on their economic calendar. Such whipsawing action can also shake you out of trades, if you haven’t taken care to manage your positions, by way of the effective management of stops and your required margin and leverage.