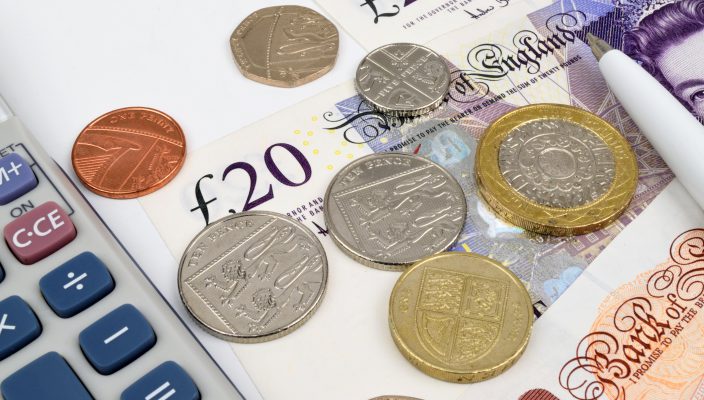 The U.K. pound rose marginally in early evening versus its peers, as a consequence of political rumours prime minister May was scheduled to immediately resign, after her revised withdrawal agreement (WA) spectacularly backfired on Tuesday. Perhaps, after being caught short on Tuesday, after a revised WA agenda offering a referendum proved to be a largely unchanged proposal, forex market makers were unwilling to bid up GBP on Wednesday evening, based on rumours only.

Collectively, market wisdom may have emerged that a change of Tory leader and de facto prime minister, won’t deliver a moderate, who’s then likely to reverse the Brexit process. More likely, a fanatical Brexiteer will emerge from the rubble to lead the country. Such a candidate emerged in the shape of Andrea Leadsom, who resigned from cabinet on Wednesday evening; cabinet members may be getting ahead of the process now, in order to stand as leadership contenders. The previous accepted wisdom, appeared to suggest that Friday would be the resignation day, coming the day after a projected disastrous performance by the Tories in the European elections, as May is scheduled to meet the 1922 committee.

At 20:10pm U.K. time on Wednesday GBP/USD traded down -0.32% at 1.266, oscillating close to the first level of support, S1, close to a four month low. GBP price action was similar versus other peers, with the exception of the gains recorded versus CAD. EUR/GBP traded up 0.27% maintaining position above the 0.880 handle at 0.881, oscillating between the first and second level of resistance, close to a four month high.

The Canadian dollar fell sharply versus its peers during the New York trading session, in correlation with the value of WTI oil, which traded down circa -2.87% at 20:30pm U.K. time, collapsing through S3. Retail sales in March for Canada came in ahead of forecast. However, as a commodity currency, CAD is highly sensitive to the price of oil, a sudden slump in oil generally has a corresponding fall in the value of key currencies, such as: CAD, AUD and NZD. USD/CAD whipsawed in a wide range, oscillating between initial bearish and later bullish sentiment, trading up 0.17%.

The U.S. equity markets closed down on Wednesday evening, as investors saw no reason to bid up the value of equities, or engage in a major sell off, as a consequence of the lingering China-USA trade war and tariff concerns. The FOMC minutes, published at 19:00pm U.K. time, offered up no forward guidance suggesting a reversal from the current dovish monetary policy stance, or any break in the unanimity of the committee, compromising the Fed chiefs from all the various USA districts.

Thursday’s key economic calendar events begins with Germany’s latest GDP growth figures, Reuters forecast a monthly growth rate for the first quarter of 2019 to come in at 0.4% with year on year growth remaining at 0.7%, when the data is published at 7:00am U.K. time. Government spending in Germany is predicted to fall to -0.3% for Q1. Thereafter, the main focus for the E.Z. centres on a slew of Markit PMIs, published from 8:15am to 9:00am.

Based on the forecasts, there’s little anticipation for any dramatic change in the PMI readings, analysts tend to take an overall view of the readings, as opposed to fixating on one country’s specific data, on a particular sector. The latest IFO readings for Germany’s economy are published during Europe’s morning session, whilst the ECB rate setting and monetary policy meeting minutes will also be broadcast. The cumulative impact of the various data, on the value of the euro could be significant, should the data miss or beat the forecasts, by any distance.

In the USA session several Markit PMIs will be released, as will be new home sales figures; which are forecast to show a -2.5% fall in March. Late evening the value of the Kiwi dollar may come under scrutiny, as the latest New Zealand export and import figures are delivered. Japan’s latest CPI data will be released in the Sydney trading session on Thursday, Reuters and other agencies are forecasting a rise to 0.9% year on year, a figure which if met, will once again raise expectations that one of the the infamous four arrows of Abenomics; forcing up inflation, is beginning to work. Yen will likely increase in speculation, as the latest series of inflation figures are revealed.