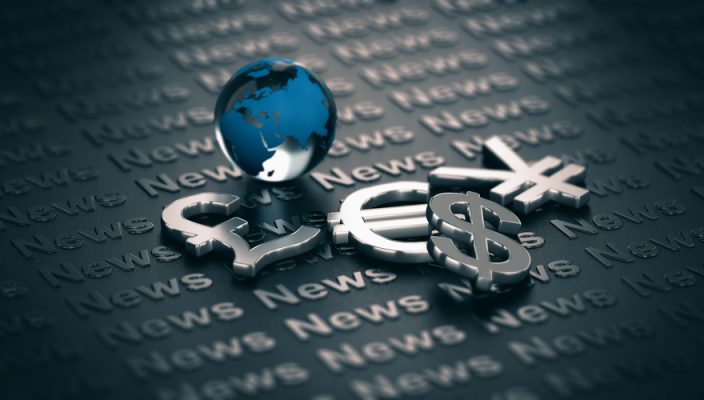 Japan’s yen registered gains versus the majority of its peers during the Asian session and the first hour of the London-European session. The rise wasn’t necessarily related to the currency’s safe haven appeal, as core CPI rose to 0.7% year on year, suggesting that the ultra loose BOJ monetary policy the central bank have engaged in, as part of the four arrows of Abenomics, may be curtailed earlier than previously envisaged. At 8:20am U.K. time USD/JPY traded at 109.40, down -0.10%, oscillating close to the daily pivot point. EUR/JPY traded down -0.22% as the daily, bearish, price action, threatened to breach the first level of support, S1.

Collectively, forex market participants have begun to price in the political horse trading in the Eurozone, now the European election results are in, negotiations which could lead to a change in various high profile leadership positions, including Presidency of the E.U. and the ECB. A change in ECB leadership could lead to a change in monetary policy management, however, currently the euro is vulnerable and falling in value, due to the overall uncertainty. A fragility illustrated by the deputy prime minister of Italy, Salvini, pushing his electoral advantage, by demanding a revised fiscal policy for the country, in order to deal with issues such as high levels of unemployment, in the south of the country.

In terms of European economic calendar data for Tuesday morning; Swiss GDP came in ahead of the forecast of 1.0% at 1.7%, with quarter one 2019 GDP growth coming in at 0.7%. Exports fell by -0.6% in the month of April, whilst imports rose by 1.5%. The figures had little impact on the value of the Swiss franc; USD/CHF traded up 0.07%, as EUR/CHF traded down -0.04%. Germany’s import prices have fallen from 1.7% to 1.4% year on year, whilst the GfK consumer confidence reading for Germany came in at 10.1, missing the June expectation of 10.4.

Sterling traded down against its major peers during the first hours of the London-European trading session, as GBP/USD recommenced the Brexit and Tory Party chaos related sell off, experienced over recent weeks. Now the European elections are concluded, political and economic analysts in the U.K. will turn their attention to the internecine warring building up in the Tory party, as up to nine cabinet ministers jostle for both the Tory leadership and the automatic, de facto, position of prime minister. At 9:00am GBP/USD traded at 1.266, down -0.15%, oscillating between the daily pivot point and S1. The death cross, when the 50 DMA crosses the 200 DMA in a downward trend, is also close to occurring on the daily time frame. This could provide a trigger for many institutional level traders to further sell off the major pair.

The futures prices for USA market indices were indicating a tentative positive open for the main markets, once the New York session commences trading. At 9:10am U.K. time the NASDAQ future price traded up 0.16% and the SPX up 0.03%. WTI oil traded up 0.58%, at $58.97 the commodity is close to breaching the critical 60.00 handle. Gold was largely unchanged at $1,288 per ounce. Economic data releases scheduled for this afternoon, which relate to the USA, mainly centres on the latest house price data from Case Shiller and the monthly Conference Board consumer confidence reading. Confidence for USA consumers is forecast to reveal a rise to 130.0 for May.

Analysts and traders will still be extremely wary of the China-USA trade/tariff situation, waiting to establish if the Trump administration reconvenes after the public holiday, to immediately recommence their aggressive rhetoric versus Chinese manufacturers. Chinese equity markets closed up on Tuesday, due to a lack of comments from the USA President over recent days; the Shanghai Composite closed up 0.61% and the CSI up 0.96%.

« How can you stop yourself closing your winning FX trades too early, or too late? Canada’s central bank is tipped to hold the key interest rate at 1.75%, FX analysts and traders will quickly turn their focus to the BOC monetary policy narrative. »