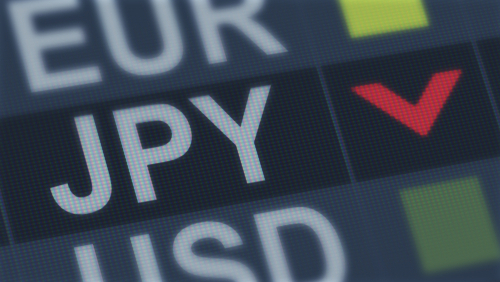 Yen fell versus its major peers during the latter hours of the Asian session and the early part of the morning London trading session. The currency, often regarded as a safe haven, took a hit after the Bank of Japan Governor Mr. Kuroda issued a policy statement suggesting that the BOJ were ready and willing to increase the ultra loose monetary policy stimulus programme. Which over recent months, has failed to reignite the moribund economy, the globe’s third largest, from its doldrums.

Mr. Kuroda’s comments came ahead of the latest export and import data for Japan’s economy, which is scheduled for release at 23:50pm U.K. time. According to the Reuters forecasts; exports are predicted to have fallen by -5.7% YoY U.K. to January, with imports falling by -3.2%. If such forecasts are met, then the BOJ statement would appear to be prudent, whilst providing evidence that Japan’s central bank is getting ahead of the curve, in order to stimulate the country’s manufacturing base, the second largest on the planet.

Despite the ultra loose policy, involving an interest rate at -0.10% and trillions of yen added to the economy in the form of Q.E. and bond buying, inflation is currently languishing at 0.3%, significantly below the BOJ target of 2%. At 9:15am U.K. time USD/JPY was trading at 110.74, up 0.17%, after whipsawing in a wide range. Initially the major currency pair fell through S1, to then reverse direction, breaching R2, shortly after the London market open.

EUR/USD initially gave up the gains registered on Monday as it fell through S1 during the Asian trading session. However, once London opened, the currency pair reversed direction, breaking up through the daily pivot point to to reclaim the 1.130 handle. At 9:30am price traded close to flat on the day. The E.U. commissioners are scheduled to reveal their growth forecasts today for the E.U. and Eurozone, ahead of the March 7th rate setting and monetary policy announcement by the ECB.

Both the E.U. commission and the ECB are forecast to note their concerns with regards to tepid growth in the Eurozone and low inflation. Therefore, the ECB could deliver forward guidance, to justify further monetary stimulus. With the interest rate at 0.00% and inflation (CPI) at 1.4%, the central bank could suggest it has identified enough slack in the Eurozone economy, to withstand further monetary easing. The euro made gains versus several of its peers during the early part of the London session; at 9:40am the single bloc currency traded up 0.45% v NZD, 0.23% v AUD, 0.12% v JPY, and traded flat versus GPB.

The latest employment, unemployment and wage data was published by the U.K. ONS during the London session, unemployment remained unchanged at 4%, wage inflation remained at a 3.4% annual increase, whilst the U.K. added enough jobs in Q4, 167k, to print a record amount of employment in Britain’s economy. With CPI inflation at 1.8%, the mainstream financial press quickly noted that; with wage inflation ahead of CPI and RPI inflation, consumers in the U.K. will be less stretched.

The encouraging amount of jobs added to the U.K. economy, combined with wage increases remaining stable, caused sterling to rise versus the majority of its peers, as the data was published. At 9:50am GBP/USD traded close to flat, breaking up through the daily pivot point, after breaching the first level of support S1, earlier in the Asian trading session. Job losses were a hot topic in the U.K. press on Tuesday morning, as Honda announced they were exiting the U.K. from 20201-2022, with a loss of 3,500 jobs, perhaps triple that amount of jobs will be lost in total, due to the knock on effect on ancillary employment.

U.K. ministers were quick to push their agenda; that the closure was not due to Brexit, but that is contrary to statements Japanese ministers and the Japanese ambassador to the U.K. were making in 2017. They stated that with the lack of frictionless trade opportunities, once the U.K. left the E.U. single market and customs union, it’d be impossible to manufacture in the U.K. if profits evaporated. The leading U.K. index the FTSE 100 traded down 0.45%, shortly after Honda confirmed their exit.

At 10:00am the latest ZEW index series was published for the German economy; the economic sentiment and current expectations surveys metrics for February improved on January’s readings, but the current situation metric missed the forecast of 21, coming in at 15. The overall effect of the readings on the value of euro versus its peers, due to the figures mostly coming in close to the forecasts, was muted. Germany’s DAX traded close to flat after the releases.