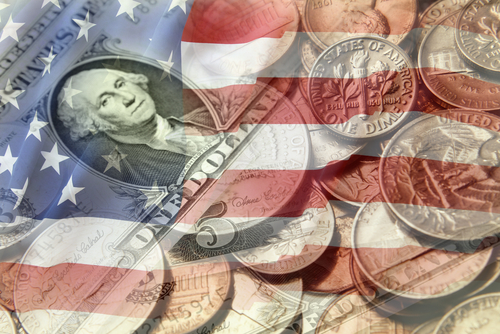 Focus will turn to the FOMC rate setting minutes on Wednesday evening, for evidence that a dovish monetary policy is developing

At 19:00pm U.K. time, on Wednesday 20th February, the FOMC (the Federal Open Market Committee), will publish the minutes from its January, two day meeting. The culmination of which, saw the FOMC announce that the key interest rate for the USA economy, would remain unchanged at 2.5%, after three rises of 0.25% each, were instigated during 2018.

During a press conference shortly after the FOMC announcement, the chair of the Fed, Jerome Powell, who is also the de facto spokesperson for the FOMC, issued what was considered to be a dovish monetary policy statement. In which he suggested that the FOMC/Fed might not stick to the aggressive hawkish policy, which had been outlined and adhered to, during 2018.

Naturally, investors, market commentators and FX traders will quickly scour the minutes on Wednesday evening, in an attempt to determine the overall position of the committee; dovish or hawkish? And to ascertain whether or not the decision to maintain the key rate at 2.5%, was a majority decision, or if there were any dissenting voices, to the overall consensus.

In his press conference in January, Mr. Powell made reference to: slowing inflation (below the Fed target of 2%), GDP growth for the USA economy slowing, and the tensions created by President Trump, in relation to the China v USA trade wars and tit for tat tariff application. A situation which caused uncertainty and a significant correction in USA equity markets, during December 2018, when tension v China reached its highest.

GDP growth for the USA economy is currently at 3% YoY and at 3.4% QoQ annualised. However, many analysts cited in the mainstream financial press, are forecasting that GDP YoY may fall to 2.6% when the next series of data is revealed. Data that has been delayed due to the government shutdown in January. Inflation is currently at 1.6%, therefore, it would come as no surprise if the FOMC meeting minutes struck a cautious note, indicating that the committee was in no rush to replicate their three programme rate rise, instigated last year.

FX traders should diarise this high impact calendar event, as historically the statement has the power to move markets in USA equities and the value of USD, versus its peers. It must also be noted that the statement comes at a juncture of FX trading volume, after the London session closes, and the baton of FX trading is passed onto USA markets. Therefore, liquidity could be an issue, with USD pairs experiencing spikes, or whipsawing in a range, during and shortly after the release.