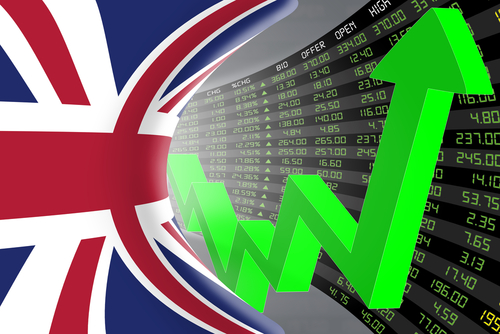 The U.K. pound edged up during Monday’s trading sessions, at 21:45pm U.K. time GBP/USD was trading up 0.30%, hovering close to the first level of resistance and recovering from printing three weeks of consecutive losses. At 1.295 the major currency pair is threatening to reclaim the 1.300 handle and 200 DMA, a level not seen since January 22nd. Sterling also made modest gains versus all of its major peers, due to renewed optimism regarding the U.K. prime minister’s scheduled visit to Brussels, in which she’s convinced she can have the backstop removed from the withdrawal agreement, in order to satisfy her warring Tory party factions.

The E.U. officials will display their usual polite and courteous manners to Mrs. May, but they have repeated, ad nauseam, that the agreement will not be reopened. The precarious situation regarding Brexit and the U.K. economy, was illustrated by news breaking on Monday that Honda will announce on Tuesday morning, that they’re closing down their Swindon manufacturing plant, with a loss of over 3,500 jobs. The losses to the area will be magnified by the ancillary-domino effect, which could cause an estimated total loss of 10,000 jobs.

Japan have recently signed the globe’s largest trade deal with Europe, which the U.K. will be excluded from, based on not remaining in a customs union and therefore ending frictionless trade. Fears are now developing that other car manufacturers, such as Nissan and JLR, will now follow suit, creating a massive exodus, in a wider industry, which employs circa 800,000. The Honda news came after a small U.K. airline Flybmi closed over the weekend, with a loss of 400 jobs. The firm partially blamed Brexit uncertainty for its failure. The U.K. FTSE closed down by 0.24% on Monday, as U.K. economic confidence was dented.

The China-USA trade and tariff talks are continuing in Washington this week and investor optimism remains high, that a positive outcome will be reached, before the March 1st deadline. That optimism caused oil to rise on the markets; WTI oil rose above the $56 a barrel handle, trading close to R1, whilst registering the highest price since November 20th, representing a close on three month high. USA equity markets were mainly closed for Presidents’ Day in the USA, therefore, once New York opens on Tuesday, investors will set the tone, with regards to the continuous bullish momentum.

The euro rose versus the majority of its peers during Monday’s trading sessions (with the exception of its value versus GBP), EUR/USD ended the trading day up 0.15%, just above the 1.130 handle. The risk on appetite which developed in the Asian equity markets session, continued into currency markets, causing the safer haven currencies such as the Aussie dollar and euro, to rise. The Aussie dollar is a commodity currency linked to the price of oil, therefore, it can rise in tandem with oil values. The leading Eurozone indices; Germany’s DAX and France’s CAC, experienced mixed fortunes. The DAX closed flat on Monday, whilst the CAC closed up 0.30%.

They key calendar events to monitor during Tuesday’s trading sessions, includes the latest employment and unemployment data from the U.K. The forecast from Reuters, after polling their panel of economists, is for the headline rate of unemployment to remain unchanged at 4%, with 152k jobs added in the final quarter of 2018. Wages in the U.K. are forecast to have risen to 3.5% growth annually. With inflation, CPI, currently languishing at circa 1.8%, analysts and market commentators will report that U.K. workers are keeping their income significantly above inflation. If the figures miss or beat forecasts, then sterling could react, as FX traders might alter the impact Brexit is having on the real economy.

European calendar news for Tuesday includes the latest ZEW readings, a series of data that is often used as a gauge to establish the sentiment in various industrial sectors and amongst the German population. The key metrics in the series are the expectation and sentiment readings. According to a Reuters poll, the expectation reading is expected to increase to -13.7 in February, from 15.1 in January. The sentiment reading came in at -20.7 in January, the forecast is for a modest improvement to 18.2. The ZEW readings can impact on both the value of the euro, and the value of the DAX if the predictions miss, or beat forecasts. Therefore, FX traders would be advised to monitor these key releases, from 10:00am U.K. time.