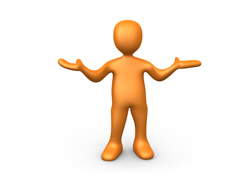 What Was and What Will Be

This week was outstanding in terms of global markets gain. Though, Spain move closer to becoming the fourth euro-area nation to receive aid, Moody’s Investors Service said might hurt credit ratings as the threat looms of a Greek exit. US markets rose this week on reports that Spain was expected to ask the euro zone on Saturday for money to bail out its troubled banks. European Union and German sources said eurozone finance ministers were to hold a conference call Saturday. Even US President stated that European leaders face an ‘urgent need to act’ to resolve the region’s financial crisis as the threat of a renewed recession there spells dangers for an anemic US recovery. On the economy front, the US trade deficit for April came in at USD50.1 bn.

All the major indices snapped the week with gains of over 3.5%, NASDAQ gained 4.0%, followed by S&P (3.7%) and Dow Jones gained 3.6% over the week. On the European side, French business confidence and Italian output declined as recessions in at least six European countries weighed on demand and risked causing a quarterly contraction in France for the first time in three years.

Sentiment among French factory executives fell in May to 93, Italian industrial production dropped 1.9% in April from March, when it rose a revised 0.6%. Italy’s economy, the Euro areas third-biggest, fell into a recession in the fourth quarter of last year just. However, market momentum across the Euro region remained upbeat over possible bailout of Spain and other debt ridden nations. The CAC 40 rose highest by 3.4%, followed by FTSE 100 (3.3%) and DAX (1.3%) over the week. On the Asian side, stocks rose this week, ending a five week streak of declines, as global policy makers in the US, Europe and China signaled they would take steps to stimulate growth.  However, could not stand positive for the week, as Nikkei rose by 0.2%, while Hang Seng fell by -0.3% for the week.

In the week ahead, Spain is expected to ask the euro zone for help with recapitalizing its banks, a deal that could ease markets’ most immediate concern about the region’s financial crisis. The Euro zone’s finance ministers will hold a meet to discuss the request, which at minimum could cost USD50 bn. The level of uncertainty is high and the fear in the market has certainly elevated.. Besides Spain’s weakened banks, parliamentary elections are scheduled in Greece on June 17. The results could decide whether the country continues austerity measures it agreed to as part of an international bailout or whether Greece leaves the euro zone.