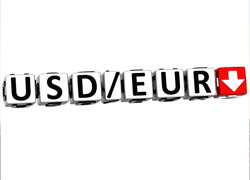 The EUR/USD and the effects of the Spanish Bailout

During the weekend, European leaders agreed on a rescue package for the Spanish banking sector. A more in-depth analyses of this agreement can be found in the fixed income part of this report. The euro jumped higher this morning and currently tries to regain the 1.2625 resistance area. There is also a positive reaction on the Asian equity markets this morning. However, there is no euphoria at all. There are still a lot of key issues/details that need to be decided, or that are at least not published yet. It is also clear that this is not the big step towards a banking union with shared financial responsibility for the (Spanish) banking sector. Spain remains financially responsible for the fall-out from its banking crisis. So, it is a positive that a big amount has been made available to save the Spanish banking sector. On the other hand, there is still a lot of uncertainty on a number of key issues. The plan doesn’t improve the debt profile of Spain. In addition, in the run-up to the Greek elections next weekend, there will also be a lot of market chatter on all kinds of aspects of potential contagion. These considerations will apply to Spain, but probably also to the likes of Italy.

Later today, there are only second tier eco data on the calendar. So, markets will have all to time to make up their mind on the agreement to support the Spanish banking sector. This morning, the euro is well bid and the pair is trading north of the key 1.2625/42 area. If confirmed, this would be a ST positive for the single currency. However, of late the line between ‘the glass being half full’ or ‘half empty’ concerning EMU issues has often been extremely thin. So, even as the technical picture shows signs that the pressure on EUR/USD is declining, we don’t feel like making a big U-turn on our EUR/USD negative bias yet. We start the week with a neutral bias and look out for the market reaction after the first reaction to the agreement has passed. To be honest, we doubt that this agreement will be a real game changer on the way to a solution of the EMU debt crisis. It might buy some time for Spain, but a lot of other issues need to be solved. Greece will come back in the spotlights. The details of the Spanish plan, once they will be revealed, might also bring some disappointment for markets. So for now, we don’t jump on this Euro rebound yet.

Two weeks ago, the pair was again in extremely oversold territory. Of late, this was seldom a good reason for a counter-trend, but the poor US payrolls report at least provided an excuse for technical rebound last week. The EU agreement to support the Spanish banking sector currently triggers a test of the 1.2625/42 area. Sustained trading north of this area would be a first indication that the pressure is easing. On the downside, the June 2010 low (1.1877) is the next high profile level on the technical charts. Intermediate support is seen at this year’s low (1.2288). For now we look out how the test of the 1.2625/42 area fares. We don’t feel like turning positive on EUR/USD yet.