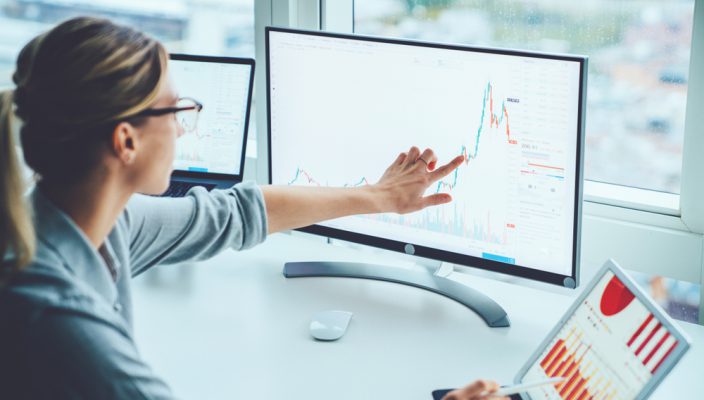 What is volatility, how can you adjust your trading strategy to it and how can it impact on your trading results?

Apr 24 • Forex Trading Articles, Market Commentaries • 2357 Views • Comments Off on What is volatility, how can you adjust your trading strategy to it and how can it impact on your trading results?

It’s hardly surprising that the majority of retail FX traders, fail to acknowledge the impact volatility can have on their trading outcomes. The subject, as a phenomenon and the direct impact it can have on your bottom line, is hardly ever fully discussed in articles, or on trading forums. Only the occasional, fleeting reference, is ever made. Which is a considerable oversight, based on the fact that (as a subject), it is one of the most misunderstood and overlooked factors, involved in trading all markets, not just FX.

A definition of volatility could be “a statistical measure of the distribution of returns for any given security, or market index”. In general terms; the higher the volatility at any time, the riskier the security is considered to be. Volatility can either be measured by using the standard deviation models, or the variance between the returns from the same security, or market index. Higher volatility is often associated with big swings, which can occur in either direction. For example, if an FX pair rises and or falls by more than one percent during a day’s sessions, it could be classed as a “volatile” market.

Overall market volatility for USA equity markets, can be observed by way of what’s referred to as “the Volatility Index”. The VIX was created by the Chicago Board Options Exchange, it’s used as a measure to gauge the thirty day expected volatility of the U.S. stock market and it’s derived from real-time quote prices of the SPX 500, call and put options. The VIX is basically a simple gauge of future bets which investors and traders are making, on the direction of the markets, or individual securities. A high reading on the VIX implies a riskier market.

None of the most popular technical indicators, available on platforms such as MetaTrader MT4, have been specifically engineered with the subject of volatility in mind. Bollinger Bands, Commodity Channel Index and the Average True Range, are technical indicators which can technically illustrate changes in volatility, but none have been specifically designed to generate a metric for volatility. The RVI (Relative Volatility Index) was created to reflect the direction in which price volatility changes. However, it’s not widely available and the RVI’s main characteristic is that it simply confirms other oscillating indicators’ signals (RSI, MAСD, Stochastic and others) without actually duplicating them. There are some proprietary widgets some brokers offer, which can illustrate changes in volatility, these aren’t necessarily available as indicators, they’re more stand alone, mathematical tools.

The lack of volatility (as a phenomenon) impacting on FX, was recently illustrated by falls in sterling pairs, directly related to the significant falls in trading activity in pairs such as GBP/USD. The slump in GBP pairs’ price action and movement, was directly related to the Easter bank holiday and the U.K. Parliamentary recess. Several FX markets were closed during the bank holiday Monday and Friday, whilst U.K. MPs took a two week holiday. During their holiday period, the subject of Brexit was largely removed from the mainstream media headlines, as was the fundamental factors affecting the price of sterling, versus its peers.

During the break, the whipsawing price action, so often illustrated during recent months, as the U.K. faced various cliff edges in relation to Brexit, was no longer visible on various time frames. For the most part, many sterling pairs traded sideways during the weeks that U.K. MPs were no longer visible, or audible. Quite simply; speculative trading in sterling fell significantly, because Brexit as a subject, fell off the radar. Various estimates suggested that the volatility in sterling was circa 50% down on its pre Parliamentary recess levels. Pairs such as EUR/GBP and GBP/USD traded in tight, mostly sideways, ranges, for an approximate two week period. But as soon as U.K. MPs returned to their offices in Westminster, Brexit was back on the agenda of the financial mainstream media.

Speculation in sterling immediately increased and price violently whipsawed in a wide range, oscillating between bullish and bearish conditions, finally crashing through S3, on Tuesday April 23rd, as news broke regarding the lack of progress in talks between the U.K.’s two main political parties. Suddenly, despite a reversal to the Groundhog Day that existed before the recess, sterling volatility, activity and opportunities were back on the radar. It’s important for FX traders to not only recognise what volatility is and why it could increase, but also, when it’s most likely to happen. It could increase drastically due to a breaking news event, a domestic political event, or due to an ongoing situation which alters dramatically. Whatever the reason, it’s a phenomenon that deserves more attention and respect from retail FX traders, than it’s generally afforded.