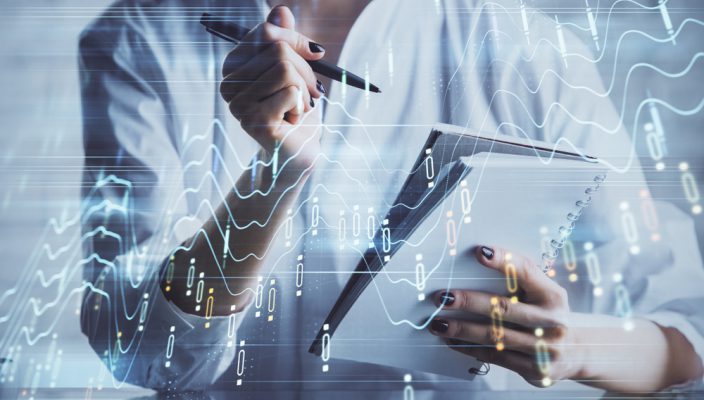 What a Poker beating algorithm can teach FX traders

Over the past 24 hours the media has reported that an A.I. robot named “Pluribus” has managed to beat multiple players at Poker. The research was jointly undertaken by Facebook and the Carnegie Mellon University in Pittsburgh, Pennsylvania. Pluribus has been built on the technique originally used to create Libratus, a poker playing A.I. that beat four human poker professionals over the course of 120,000 hands in January 2017. However, the Libratus experiment involved mainly one on one competition and not the typical six player tournament version of the game. Pluribus managed to beat a full range of six players, including the world’s best.

The creators of Pluribus have lauded and stressed its simplicity, in some ways they’ve stripped it down further than the original Libratus, the A.I. doesn’t require massive processing power in fact the programme can be run from a laptop. Libratus used circa 15 million core hours on a supercomputer to train. Whereas, Pluribus required just 128,400 core hours on a machine with only 512 gigabytes of working memory, the capacity a top-end gaming laptop might have. It would cost less than $150 to train Pluribus and the algorithm is so lightweight it can operate on a conventional 128 GB laptop costing $200. Despite the fanfare it’s difficult to rank the achievement above world champion Gary Kasparov being beaten at chess by IBM’s DeepBlue in 1997. Or when DeepMind beat the best Go player in the world, Lee Sedol, in 2016, as theoretically there are more moves in Go than atoms in the universe.

It transpires that Poker is a lot closer to most real world decision making than either Go or chess, it’s not a zero-sum game whereby the Nash Equilibrium is effective. In two-sided games it’s possible to compute a strategy known as a “Nash equilibrium”, that would result in the A.I. player (at worse) breaking even. This two sided game theory could be applied to FX trading, whereby you tend to either win or lose versus the market.

The fascinating aspect of Pluribus which echoes the information FX traders might use, is that the programme typically plans three to four moves (or hands) ahead. It doesn’t necessarily rely on lagging information, instead it reads and attempts to predict what players might do next based on the various available combinations and what cards and hands have recently been shown. This is similar as to how leading FX traders might read currency price-action in an attempt to predict where price may be headed, as opposed to relying on lagging technical indicators.

The programme also stuck to the probabilities and risk elements of the game rather than concentrating on bluffing, it wore the ultimate, emotionless, poker face. The robot also played a more balanced game than human players, varying whether to bluff or fold with a bad hand and whether to bet aggressively or conservatively when holding a good hand. This process made it extremely difficult for opponents to gain much information about Pluribus’ hand from its previous betting strategy. Without emotional interference it simply re-set and recalibrated itself every time for each new hand, whilst carrying over no negative or positive bias.

The leading Poker players also revealed that they’re now considering adapting their strategies based on the outcomes of Pluribus. One player stated the lack of emotion made the robot incredibly tricky to play against, because they couldn’t read its behaviour. The computer didn’t understand the concept of risk in terms of the human emotional influences and responses, it computes risk only on on the basis of pure mathematics and probability. If this rationale was applied to FX trading then it wouldn’t bet higher whilst indulging in revenge trading, when trying to win back losses in a session. It would simply stick to its programme and attempt to patiently rebuild its bank.

Similar to creating an FX expert-advisor to use on MetaTrader MT4, the primary features of Pluribus involve it being unemotional. Although it might bluff when and where it believes it has an edge, the programme simply and continually calculates all the odds and probabilities whilst ensuring risk is maintained to a reasonable level.

Apparently the robot never goes “on full tilt” or goes “all in”. Instead, it plays a marathon game of attrition requiring superhuman attention spans. Naturally, tiredness and lack of concentration were never issues during the real time games for Pluribus, when even the world’s best players would require a break. Carefully, methodically and remorselessly the robot simply ground out results and ground down its opponents, time after time, with complete focus and singular dedication.

To recap it’s worth reenforcing the features, benefits and similarities between this Poker beating A.I. and how retail FX traders might want to consider how they engage with the markets and approach FX trading. Similar to the Pluribus you might want to consider  never letting your emotions cloud your judgement; never revenge trade, never over-trade never go all in, be prepared to sit out some hands (market behaviour). Consider and constantly recalibrate the: odds, probability and risk of every trade. And overall, if you haven’t already considered it, begin to use your MetaTrader MT4 platform to its full capacity to create an expert-advisor, your own A.I. robot-algorithm to trade on your behalf. Just like Pluribus your EA can trade on a $200 laptop and will always maintain its Poker face.