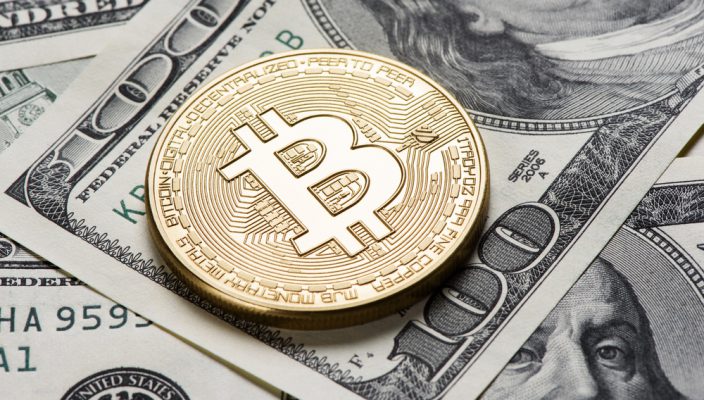 Since the June FOMC meeting minutes were released, during Jerome Powell’s delivery of his testimony on Capitol Hill in front of a finance panel, USD has fallen versus its peers as investors and traders have increased their bets that the interest rate will be cut by up to 0.5%, at the culmination of the July 30-31 FOMC meeting. That downward pressure continued during the Sydney Asian sessions through to the beginning of the London-European session. Upcoming comments from Chicago Fed President Charles Evans scheduled for Friday and New York Fed President John Williams on Monday, will provide a chance to gauge how unanimous the dovish monetary policy stance from the central bank is.

In an interesting development President Trump took to Twitter to savage the crypto-coin industry on Thursday evening, stating that the coins weren’t money, they had no value as a utility and they could facilitate illegal activities. Despite his sweeping criticism the impact on the value of Bitcoin (BTC) was negligible, the value has risen from a low of circa 3,000 printed in February 2019 to threaten breaching 14,000 in June. At 9:00am price traded up on the day at 11,650. It’ll be fascinating to witness if this volley of criticism continues or if it was a one-off measure. If it’s the beginning of a pattern because the USA administration and powerful politicians are beginning to fear the crypto-coin industry after Facebook’s Libra venture was announced, then the sector could come under increasing scrutiny and pressure.

At 8:30am the dollar index, DXY, traded down -0.13% falling through the 97.00 handle to trade at 96.93, clipping the monthly gains to 0.07%. USD/JPY traded down -0.12% at 108.35 trading close to the daily pivot point as the monthly gains were rendered flat. USD/CHF traded down -0.27% at 0.987 as price threatened to breach the first level of support, S1. The Swiss franc registered gains versus the majority of its peers based on its safe haven allure. USD/CAD traded down -0.37% as price traded in clearly defined bearish price-action close to S2. EUR/USD gave back some early hours’ gains falling back from R1 to trade in a narrow daily range between R1 and the daily PP, up 0.14% at 1.126. USD rose versus yuan due to the balance of payments surplus improving as Chinese export data revealed marginal improvements in June (year on year), whilst imports fell.

Sterling experienced a sell off versus the majority of its peers in the early sessions with the exception of gains recorded versus USD due to dollar weakness across the board. GPB/USD traded in a narrow range up 0.20% and holding position above the daily pivot point. GBP traded down versus: AUD, CAD, CHF and NZD. The internecine warring in the Tory Party as they get set to announce their new leader and de-facto prime minster of the U.K. isn’t conducive to investment faith in the economy. MPs are threatening to immediately bring down the Tory Party government if the new P.M. attempts to shut Parliament down, or force through a damaging no-deal Brexit.

It’s been a relatively quiet week for high impact calendar events and that pattern is set to continue during Friday afternoon when the key events includes the latest series of PPI data for the USA. According to the various Reuters forecasts little change is expected.  Futures for U.S. equity markets indicated a positive open for both the SPX and NASDAQ when New York opens, up 0.21% and 0.25% respectively with the DJIA set to continue its record breaking levels, up 0.31% at 9:00am U.K. time.