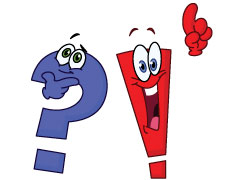 “We hear only those questions for which we are in a position to find answers” – Friedrich Nietzsche.

It’s often stated that in our forex community we all eventually gravitate to position trading. Having tried every indicator combo, searched for every pattern on a chart, tried every time frame and method from scalping to swing trading, we eventually arrive at ‘position’ trading off a daily chart. For many it’s their last chance saloon, for others it’s the next logical step in the process of their evolution as a trader.

Perhaps they’ve tried day trading for a year or so and it just hasn’t worked out for a variety of reasons, therefore they have no alternative but to “move up to” the daily, or perhaps weekly chart. Many traders throw in the towel and go back to their nine to five, but want to keep some ‘skin in the game’, they’ll therefore move up to position trading as it’s akin to end of day (EOD) trading equities. They begin to judge position trading as investing and in the current climate, where interest rates on savings across Europe are hovering above one percent annually with certain banks, it can make perfect sense to invest in other currencies if the risk is controlled. You could enjoy a return of circa 3% per month, as opposed to savings accounts that would pay out a maximum of 3% a year, at best.

As an example the Aussie has trended beautifully over the past three-four months, as a position trade it really is text book example. There’s been four perfect set ups, in fact there’s been six very good set ups overall since August 20th, roughly one each month. The pip swings (as a position trade) have been superb. For example, the swing from 9th September until the low reached on October 4th was circa 1000 pips, if measured at the extremes of high and low. However, if you were to position trade only the Aussie then you’d need a substantial account size and total confidence in your edge in order to draw down a decent monthly salary.

If you required circa €3,000 per month as a salary from the market and don’t want your risk per trade to exceed 1% per trade, aiming for a 3% return on each trade, then you’d need an account in the region of €100,000 to make the numbers crunch in your favour and 3% return per month measured over a year (not withstanding any compounding) is an excellent return and well above average, particularly if you’ve had to cope with the extreme volatility experienced in 2011. Therefore it’s fairly obvious that if you don’t have access to these kind of funds then you’re going to have to up your risk considerably to obtain the level of salary you’ll no doubt need to take out of the market.

As a rule of thumb you might consider 2% risk if you have an account of €50,000, or 3% if you have an account of €30,000 and most experienced traders would not recommend going above 2% risk per trade. Bearing in mind that if you are risking 3% your ROI will only be 1:1, it’s very unlikely that you’ll (on a default or regular basis) experience account growth per trade greater than that.

As we can clearly see, if looking to draw down a salary out of the forex market place, position trading can only usually be profitable if the trader has a reasonably large account, if not other methods should be considered. There are exceptions to that rule but, particularly were position trading is concerned, exceptions are rare given the excellent opportunities may only arrive one a month and even then there can be no guarantees that the trends will be as ‘perfect’ as witnessed on the Aussie these past six months.

In part two of this two part article (to be published tomorrow) we’ll discuss the techniques we can use for position trading and what methods may be available to leverage our accounts using correlations.