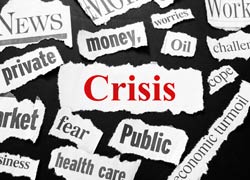 Today Is The Tomorrow You Worried About Yesterday

The EBA (European Banking Authority) have issued a statement/edict suggesting that banks within the European Union must raise circa 114.7 billion euros in fresh capital in order to comply with measures introduced to respond to the euro area’s sovereign-debt crisis.

Dexia SA, the French-Belgian lender that’s currently in the process of being broken up, insists they have no reasons to comply with the revised capital rules set by the European Banking Authority as it’s radically shrinking in size.

However, The EBA state that Dexia requires 6.31 billion euros to reach the revised capital target, Dexia believe that figure shrank to 4.2 billion euros after the Belgian government’s takeover of Dexia Bank Belgium SA on Oct. 20.

Market Overview
Equities fell sharply in the afternoon session on Thursday as optimism, with regards to an overall solution to the Eurozone debt crisis being found, began to evaporate. The usual harsh realities have begun to emerge, despite the air of convenient agreement carefully choreographed for the assembled media Merkel and Sarkozy are without a doubt still not on the same page. The news that the EBA have demanded so many leading banks require extra tier 1 capital by 2012 will not have helped the mood. Added to the threat by S&P of a downgrade the storm clouds are once again gathering with intensity. As to where the banks get the required capital is a problem, presumably a repatriation by shareholders in the form of a rights issue is one solution.

The euro weakened in the afternoon session, Spanish and Italian bonds fell due to the European Central Bank pouring cold water on speculation that it might boost sovereign-debt purchases. Despite the slightly better than predicted job loss print U.S. equities specifically extended losses amid reports Germany has categorically rejected certain Sarkozy inspired proposals to fight the debt crisis at the Marseilles summit of leaders that’s due to finish on Friday evening.

The SPX, the Standard & Poor’s 500 Index, lost 2.1 percent to eventually close at 1,234.35 at 4 p.m. New York time, this represented the worst drop in two weeks. The index had experienced a circa 10% rise over a similar period based on very little other than sentiment, trust and ultimate confidence that the E.U. leaders will eventually find a solution. One extremely harsh reality that is finally beginning to bite is time; the Eurozone nation took circa eight years to agree, ratify and make law a treaty on governance, to expect that same union to dramatically alter that treaty inside days in respect of the current situation is fantasy.

We’ll leave the final word to Sebastian Mallaby, who is a director of geoeconomic studies at the peculiar but incredibly influential NGO American institute The Council on Foreign Relations, he told Bloomberg Television on Thursday that Germany is:

Still driving the bus and they are driving it off a cliff. It’s almost as though if they had a plan, a secret, devious plan to blow up Europe, this is sort of what they would be doing.

Economic calendar data releases that may affect the sentiment of the morning European session: