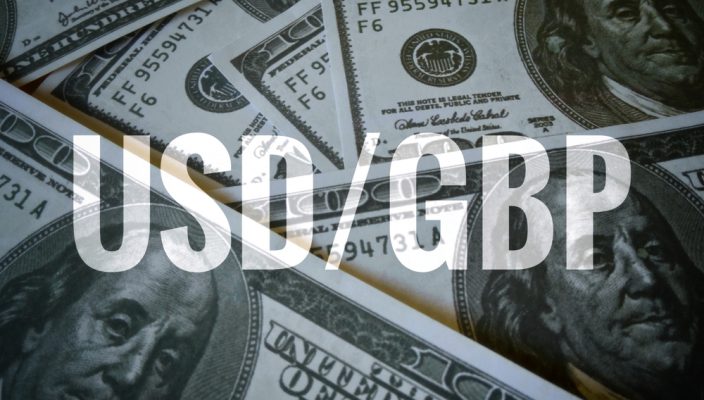 The U.S. dollar continued the rise versus its peers which began on Friday when the NFP numbers beat the news agencies’ forecasts. Many traders began to increase their bets from Friday that the Fed will raise the key interest rate from 2.5% in the final half of 2019. This dollar bullishness has continued into Tuesday’s early sessions with the dollar index, DXY, trading up 0.14% at 97.52.

Sterling sold off sharply during the early stages of the London-European trading session as a retail organisation broadcast their worst figures on record for sales growth. In the latest sign of U.K. economic weakness, sales at British retailers rose at their slowest average pace on record during the past year, according to the survey published by the British Retail Consortium. Retail and the service economy is the fuel that powers U.K. economic growth, analysts and traders sold off the U.K. pound on the basis that the Bank of England will have to cut the base interest rate below its current 0.75% rate, in order to protect these sectors and revive the economy.

Forex analysts are also reevaluating the latest GDP figures for the U.K. scheduled for release on Wednesday. Reuters are forecasting 0.3% growth for the month of May ensuring that the three month rolling average would come in at 0.1%. But if the figure comes in close to flat then the last three months GDP would be negative, immediately stoking fears that the U.K. could be flirting with recession.

At 9:30am U.K. time GBP/USD traded down 0.35% at 1.246 falling to a six month low and threatening to breach S3. Price is trading within close sight of two year lows with several analysts at major investment banks predicting the two year lows of circa 1.200 could be revisited, if the new prime minister of Britain is determined to pursue a no deal Brexit on October 31st. GBP sold off versus several others peers, EUR/GBP printed a six month high, trading up 0.26% at 0.898 with the 0.900 handle being in sight as price breached the third level of resistance, R3. The U.K.’s leading index the FTSE 100 traded down -0.22%.

European shares traded lower on Tuesday in what could be the third day of losses in series. German shares on the DAX fell sharply in the opening hours due to a profit warning from chemicals giant BASF. The firm’s performance is often regarded as an indication of the overall health of the Eurozone and global economy, due to its multi faceted involvement in many industries. BASF shares slumped by -5.8% after warning that profit would fall below forecasts for the second quarter and the full year. Germany’s DAX traded down -1.19% as the general tone of bearishness over Germany’s economy continued.

The announcement over the weekend that Germany’s leading investment bank Deutsche Bank is getting ahead of the curve by laying off between 18K-22K of its workers, combined with inconsistent fundamental data published over recent weeks, has also fuelled doubts regarding Germany’s economic performance. Deutsche shares dropped by -4.1% after posting its worst day in five months during Monday’s sessions as investors questioned the bank’s restructuring targets. The euro experienced mixed trading fortunes during the London-European session, EUR/USD traded down -0.14% at 1.119 whilst the currency also recorded loses versus the Swiss franc of -0.13%. CHF experienced gains versus several peers after the latest Swiss unemployment figures beat the forecasts by coming in at 2.1%.

« FX markets trade in narrow ranges with an absence of price action, leaving many FX traders frustrated and benched Sterling and both the Canadian and U.S. dollars will be under the spotlight as key economic data is published »