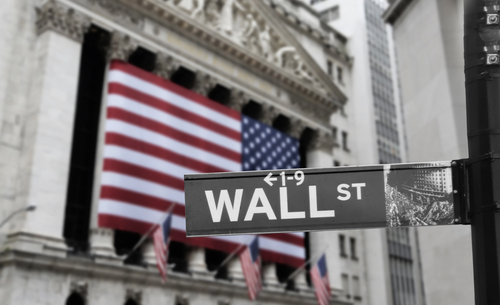 The latest GDP growth figures for the USA economy missed forecasts, when the latest figures were revealed on Thursday afternoon; QoQ growth for Q4 2018 came in at 2.2%, falling from 2.6% and missing the forecast of 2.4%. Pending home sales for February came in at -1.0%, with the annual sales figure coming in at -5%, both metrics missed forecasts. Encouraging economic calendar news for the USA on Thursday, came in the form of new weekly and continuous unemployment claims, both figures beat the forecasts, by falling marginally.

The encouraging unemployment data, combined with reports of apparent progress in the trade talks between the USA and China, over what’s termed the forced technology transfer, helped to buoy the dollar and the leading USA equity indices. At 20:00pm U.K. time on Thursday March 28th, the dollar index traded at 97.24, up 0.84, representing the first time in weeks that the DXY has climbed above the critical psyche handle and round number of 97.00. Dollar strength was evident across the board during the New York session; USD/JPY traded up 0.10% and USD/CHF up 0.17%. USA equity indices traded up, at 20:00pm NASDAQ traded up 0.34%, whilst the SPX traded up 0.32%, reclaiming the crucial 2,800 handle, to trade at 2,814.

The subject and dilemma of Brexit, reached a new peak on Thursday afternoon. Having failed to convince the speaker of the House of Commons that their government can bring the meaningful vote back for a third vote, MV3, the Tory govt. developed a cunning plan; to separate the withdrawal agreement from the political declaration.

As such, Parliament will now vote on Friday for the WA motion only. However, many MPs are concerned this would be irreversible, confirming leave by the backdoor, leaving no opportunity to consider other options, such as another referendum. This move was classed as a sleight of hand by many MPs, causing anger amongst many, as they quite simply classed the govt’s action as an attempt at defrauding Parliament.

During the announcement of the withdrawal agreement result on Friday afternoon, the time of which is yet to be confirmed, sterling could whipsaw wildly. Therefore, FX traders who prefer to trade sterling pairs, would be advised to monitor their positions carefully, or prepare themselves, to ensure they’re in a position to possibly take advantage, of any trading opportunities that may occur, once the decision is broadcast by the House of Commons. The U.K. FTSE 100 closed up 0.56%, rising above the 7,200 handle at 7,234. The latest final confirmed U.K. GDP data will be published at 9:30am U.K. time, the forecast is for 0.20% for Q4, with the year on year figure predicted at 1.30%. Analysts will also focus on other U.K. govt data to be released, such as: business investment, consumer credit, current account balance and mortgage approvals.

A raft of soft data, sentiment readings, relating to the Eurozone economy, listed as low impact, were published on Thursday morning. The readings mostly missed the Reuters forecasts, as a consequence the euro slipped versus several of its peers, although some weakness was due to other currency pairs’ strength. At 20:30pm EUR/USD traded down -0.20%, breaching S1 and at 1.122, the leading currency pair, fell to lows not witnessed since March 8th. The Eurozone’s leading equity indices experienced mixed fortunes, France’s CAC closed down -0.09%, with Germany’s DAX closing the day up 0.08%.

Friday’s leading high impact calendar events, mainly concerns German unemployment and Canadian GDP growth data. Unemployment for Europe’s engine of economic growth, is forecast to come in at 4.90% in March, falling from 5.0%. German import data is also published on Friday, the expectation is for a rise to 1.70% yearly up to February, a considerable rise from the 0.80% recorded in January. Retail sales for Germany are predicted to reveal a sharp fall to -0.90% for the month of February, from a 3.30% rise in January. The cumulative impact of this slew of data, could have an effect on the value of both the euro and Germany’s DAX index.

Canadian GDP is forecast to come in at 1.50% year on year for January, improving from 1.10% in December, with the monthly figure predicted to come in at 0.10%, bettering the -0.10% recorded for December. Should these improvements be met, the Canadian dollar might react positively.