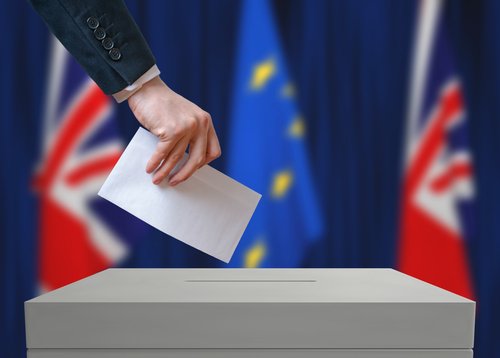 The USD dollar index was on course for a 1% rise during March and a recovery of circa 1.5% from a low on March 22nd, potentially posting its best one month rise, since making gains of circa 2.5% during October 2018. The dovish tone set by the FOMC/Fed earlier in March, as they stated any interest rate rises were unlikely until 2020, caused a sharp sell off in USD, that lost ground has now been mostly recovered.

Part of the USD recovery has been due to other central banks following suit, with their changes to more dovish forward guidance, contained in their recent monetary policy statements. Australia’s, New Zealand’s and the Eurozone’s C.B.s have all suggested a reversal of policy, without adjusting interest rates, whilst the U.K. BoE have indicated they are ready to stand by with more stimulus, in the face of a Brexit which harms the U.K. economy. At 7:30am U.K. time the dollar index, DXY, traded close to flat at 97.17, maintaining position above the 97.00 handle and round number.

USD/JPY traded flat at 110.62, close to the daily pivot point, as a slew of Japanese data released during the Asian trading session, failed to move the market for yen. Unemployment in Japan fell to 2.3% in February, from 2.6%, the lowest level recorded for many years. Industrial production recovered marginally, yet still printed a negative -1.00% fall, whilst vehicle production rose by 7% year on year in January. Chinese stock markets soared, as rumours of a trade war breakthrough sent equities rising. The Shanghai composite index rose by over 3%, due to rumours that Beijing’s “unprecedented offer” to address Washington’s concerns, could end the trade war deadlock.

There’s a raft of data relating to USA consumers printed this afternoon, focus will be on the personal spending and consumption data for January and February, resulting in an overall calculation for core PCE for January, which is expected to remain unchanged from the previous month, at 1.9%. Focus will also be on the IPO on Lyft, the app, ride hailing, taxi service, which is due to list with a valuation of circa $25b. As the first listing of what’s termed the “gig economy” firms, which are all haemorrhaging losses, a positive debut could result in increased optimism in USA equity indices, inducing risk on sentiment in the New York session. Lyft lost circa -$950m in 2018, and is only based in the USA.

The SPX closed up 0.34% on Thursday, at 8:00am U.K. time futures markets were indicating a rise of 0.20% in the SPX and 0.29% in the NASDAQ, when New York opens. Other North American calendar news for Friday afternoon concerns the latest GDP growth data for Canada; Reuters forecast a figure of 1.5% year on year to January, rising from 1.2%, with January registering a 0.10% rise, versus a -0.1% fall in December. The loonie, the Canadian dollar, will come under focus as the data is broadcast, FX traders would be advised to remain vigilant to this high impact calendar event, as it does have the power to move the market in CAD.

U.K. Parliamentarians might be relieved to reach the end of the week, however, there’s another vote due to take place in the House of Commons, after the Tory government have separated the withdrawal agreement from the political declaration, in an attempt to win a vote, to commit the U.K. to leave the E.U. Many MPs, of all parties, are enraged by what they perceive to be a sleight of hand and opportunism to wrestle control back from Parliament. The vote is expected to fail, but by a narrower margin than the previous meaningful votes.

The timing of this evening’s (Friday) vote has not been announced, therefore, FX traders who trade GBP, need to remain vigilant to any debates and the actual timing of the vote, as it could have a dramatic impact on the value of sterling, during a time when liquidity is lower. At 8:00am U.K. time, as the London session began, GBP/USD traded down -0.21% at 1.301, threatening to breach the first level of support S1. EUR/GBP rose to 0.862, up 0.27%, breaching the first level of resistance, R1. The latest Nationwide house price index was released in the morning, prices rose by 0.20% in March, from 0.00% in February, preventing a year on year fall, as annual prices came in up 0.70%.

The latest and final GDP reading for 2018 for the U.K. was published at 9:30am, the prediction was for confirmation of 1.20% annual growth to be confirmed. The GDP figures revealed a rise to 1.3%, with the Q4 figure coming in at 0.20%. In other U.K. related data, business investment was predicted to have remained at -3.70% year on year, the actual print came in at -2.5%.