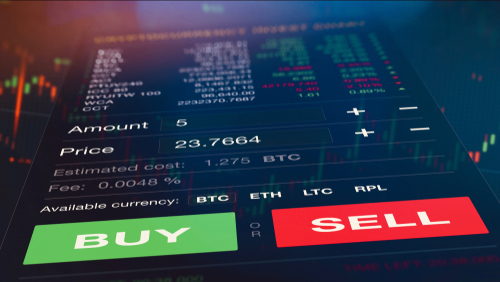 A busy week for IHS Markit PMIs, a week in which the RBA announce the Australian interest rate, will eventually culminate with USA non farm payroll jobs data

Monday April 1st begins a new month and a new quarter, as a highly significant day for medium to high impact calendar news, both in Europe and the USA, will set the tone. All Monday’s data has the ability to move the market in: euro, USD and sterling and the corresponding equity indices, dependent on the data published. From 7:45am – 8:30am GMT, a slew of manufacturing Markit PMIs will be published for: Italy, France, Germany, the Eurozone and the U.K.

The March composite reading for the E.Z. is forecast by Reuters to come in at 47.7, close to the previous month of 47.6, whilst the U.K. manufacturing reading is forecast to reveal a drop to 51.2, from 52. Naturally if the forecast is met, the approaching Brexit and the confusion and chaos relating to it, will be blamed for purchase managers’ confidence slipping, in the manufacturing sector. At 9:00am the latest February unemployment count for the E.Z. will be revealed, it’s expected to come in at 7.8%, whilst the latest CPI annual reading for March, is predicted to remain at 1.5%.

At 12:30pm the latest retail sales data for the USA will be published, advanced retail sales for February are forecast to rise by 0.3%, but retail sales are forecast to have fallen to 0.40%, from 1.20% for February. The ISM readings for the USA for March will be broadcast, expected to show modest rises, with manufacturing up to 54.3 from 54.2. Construction spending is predicted to show a fall; down to -0.10% in February, from 1.30% in January. Canada’s latest manufacturing PMI will also be published on Monday April 1st, forecast to come in close to February’s 52.6 reading, then at 19:10pm the Bank of Canada’s Mr. Poloz will deliver a speech in Iqaluit.

Early Tuesday morning at 0:30am U.K. time, Australia’s central bank, the RBA, will announce its decision regarding the base interest rate referred to as the “cash rate target”, currently at 1.50% there’s little expectation amongst analysts for any change. Analysts and FX traders will instead focus their concentration on any monetary policy statement delivered in a press conference, which could indicate a change, to a more dovish tone. Naturally AUD will come under intense speculation during this calendar event, as volume will increase significantly. The Swiss franc could experience increased speculation, as a raft of Swiss inflation data is released before the London-European FX markets fully open; CPI year on year up to March, is forecast to fall to 0.50%. At 12:30pm the latest durable goods orders for the USA economy will be released, expected to come in at -1.20% for February, falling from 0.30%.

Early on Wednesday morning, a busy day for Markit PMI readings begins with the first reading from IHS Markit for Japan, for services and composite. The same readings from Caixan will be published for China at 1:30am. From 7:50am to 8:00am, a series of services and composite Markit PMIs for: France, Italy, Germany and the wider E.Z. will be published, late morning the latest E.Z. retail figures will be delivered. Focus will then turn to the U.K. for their latest services and composite readings and based on how important the services sector is to the U.K. economy, focus will be on any potential fall, from the 51.3 reading recorded in February. USA data will concern the ADP employment data forecast at 183k and the latest March ISM non manufacturing reading, predicted to come in at 58.0, which would represent quite a fall, from the February reading of 59.7. Such a reading could cause both USD and USA equity indices to fall, if the result takes traders by surprise.

The major calendar events for Thursday begins with factory orders for Germany for February, published at 6:00am, the reading is forecast to come in at -3.10% year on year, with a significant improvement predicted month on month, improving to 0.30% from the -2.60% recorded in January. At 11:30am U.K. time, the ECB will publish the minutes of its March rate setting meeting, analysts and traders will quickly scrutinise the report, for any further evidence that the ECB has developed a more dovish tone to their monetary policy. As is traditional on a Thursday, the latest weekly and continuous unemployment claims for USA claimants will be delivered by the statistics agency the BLS.

Late Thursday evening and early Friday morning, Japanese authorities will release the latest data on: household spending, real cash and actual earnings. Moderate falls are forecast, which could impact on the value of yen. At 6:00am U.K. time the latest industrial production data for Germany will be revealed, analysts polled by Reuters will be looking for a significant improvement from the -0.80% level recorded in January. The prediction is for a rise to 0.80%, taking the year on year improvement to -0.80%, from the figure of -3.30% registered in January. Such an improvement, if the prediction is met, could result in a rise in the value of the euro versus its main peers, as sentiment regarding the overall health of the German economy would instantly improve.

The key high impact event for the USA in the afternoon concerns the latest data from the BLS as they publish the latest non farm payroll data at 12:30pm. February’s shock reading of 20k jobs created in the month, left many analysts scratching their heads, as it was the lowest reading published in many months and couldn’t be exclusively pinned on the USA govt. shutdown, during January and early February. The anticipation is that a significant improvement will be recorded, with jobs growth improving to 175k for the month.

The overall unemployment rate for the USA is forecast to remain at 3.8%, with hourly earnings and weekly hours worked expected to rise modestly. The Labor Force participation rate is predicted to come in at 63.20%. The latest Canadian unemployment rate will also be broadcast at the same time as the USA data, it’s expected to remain at 5.80%, with a negative number of -10k jobs lost in March. The combination of USA and Canadian employment and unemployment data, can often move the markets for CAD and USD, when the information is published.