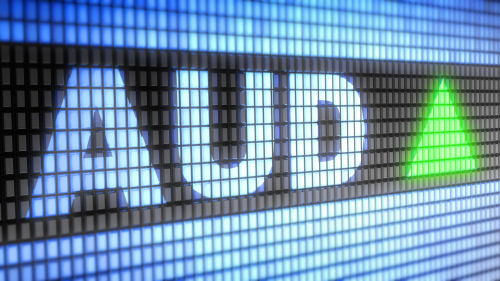 China’s equity markets rallied as the latest Caixin manufacturing PMI from China rose marginally, the reading for March came in at 50.8, clawing its way from the 50 level, which separates expansion from contraction. The Caixin metric followed other PMIs published on Sunday, which also beat forecasts. Analysts quickly gauged that the reading might represent a turn in manufacturing sentiment for purchase managers based in China; they could be indicating China’s manufacturing has bottomed out and is set for a recovery. The Shanghai Composite index closed up 2.58%, taking the year to date rise in 2019 to just over 27%. Representing a considerable gain from the near market slump witnessed during the final quarter of 2018, when the trade war and tariff situation with the USA was at its height. At 9:00am U.K. time USD/CNY traded close to flat at 6.718.

The Aussie dollar rallied on news that China’s data had beaten the forecasts, Australia’s tight trading relationship and its over reliance on exporting aggregates to China, ensures the economy is highly sensitive to China’s economic performance. At 9:20am U.K. time, AUD/USD traded up 0.45%, the bullish price action caused price to break up through the second level of resistance R2, to reach 0.713, recovering most of the losses witnessed in the previous trading week. However, FX analysts and traders will begin to focus on the Australian central bank, the RBA, as they get ready to announce their latest rate setting decision and release and monetary policy forward guidance, on Tuesday morning at 3:30am GMT.

Japan’s yen fell sharply during the Sydney-Asian trading session, as a series of Tankan readings for the first quarter of 2019, relating specifically to the Japanese manufacturing sector, mostly missed the Reuters forecasts. Yen sold off versus the majority of its peers during the early trading sessions, momentum that stalled during the early part of the London-European session. At 9:30am U.K. time USD/JPY traded up 0.20%, receding to R1 from breaching R2 earlier in the sessions. EUR/JPY breached R2 and continued the bullish price action which developed in the Asian session, trading up 0.46%.

Sterling will come under intense focus and increased speculation during Monday’s trading sessions, as the U.K. Parliament holds further debates and possible votes on an indicative process this evening, to attempt to find a consensus to unlock the Brexit deadlock. Results are expected around 9-9:30pm. The potential for a cross party political solution hasn’t been helped by open warfare occurring over the weekend in the Tory party. With various ministers on both sides of the divide, threatening to resign, as a new cabal is formed in the Tory party calling themselves “one nation conservatives”, in defiance of the right wing, ERG, nationalist Brexit group. With only two weeks available, before the U.K. possibly crashes out under a no deal scenario, sterling is likely to experience price movements and possible whipsaws, as any progress (or lack of it) is reported.

At 9:50am U.K. time GBP/USD traded up 0.41% at 1.304, as price threatened to breach R1, sterling’s gains owed more to U.S. dollar weakness across the board, as opposed to GBP strength. EUR/GBP traded down -0.17% at 0.854. U.K. pound strength was underpinned by the Markit PMI for manufacturing coming in at 55.1, significantly ahead of the forecast of 51.2, indicating surprising optimism, amongst U.K. based purchasing managers, employed in the manufacturing sector. Stockpiling is at record highs according to the survey and manufacturers bringing their orders forward, in order to avoid any Brexit chaos, has caused the significant surge in manufacturing activity, according to Markit analysts. Rob Dobson, Director at IHS Markit:

“Manufacturers reported a surge of business activity in March as companies stepped-up their preparations for potential Brexit-related disruptions. Output, employment and new orders all rose at increased rates as manufacturers and their clients raced to build safety stocks. Stocking of finished goods and input inventories surged to new survey-record highs.”

Various PMIs for the Eurozone missed the forecasts, with the overall manufacturing PMI for the single currency bloc registering a six year low at 47.5, significantly below the 50 level, separating contraction from expansion. Germany’s PMI came in at 44.1, a slump exacerbated by the USA v China trade war impacting on exports to China, such as prestige vehicle marques.
Markit; “overall downturn was led by Germany, where operating conditions deteriorated to the greatest degree in over six-and-a- half years. Italy fared little better, with its PMI at a near six-year low.” The disappointing E.Z. PMIs failed to cap the gains the euro made versus the U.S. dollar, at 10;30am EUR/USD traded up 0.22% at 1.124.

On Monday afternoon attention will turn to retail data published for the USA economy and various ISM readings. Advanced retail sales are forecast to reveal a modest fall in February, from 0.40% to 0.30% growth, whilst retail sales (excluding gas and autos), are forecast to fall to 0.40% in February, from 1.20% in January. The raft of USA ISM readings will be closely watched by analysts who focus on USA data, ISM rank higher than comparable Markit PMIs, for USA based analysts. Any significant change in the data series as its released from 14:00pm GMT, could impact on the value of USA equity indices and USD.

« A busy week for IHS Markit PMIs, a week in which the RBA announce the Australian interest rate, will eventually culminate with USA non farm payroll jobs data The RBA is predicted to keep the cash rate at its record low of 1.5%, for a record period of inactivity, however, attention will quickly turn to the monetary policy statement. »