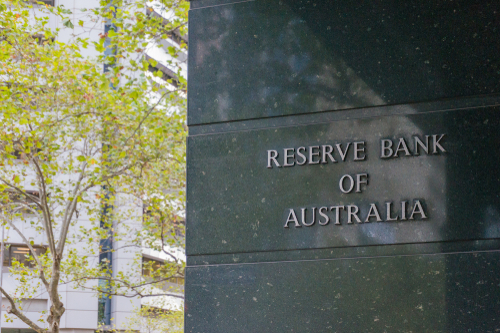 The RBA is predicted to keep the cash rate at its record low of 1.5%, for a record period of inactivity, however, attention will quickly turn to the monetary policy statement.

Apr 1 • Forex Trading Articles, Market Commentaries • 1192 Views • Comments Off on The RBA is predicted to keep the cash rate at its record low of 1.5%, for a record period of inactivity, however, attention will quickly turn to the monetary policy statement.

At 4:30am U.K. time on Tuesday April 2nd, the Australian central bank, the RBA (reserve bank of Australia), will announce its latest decision regarding the country’s key interest rate, referred to as the cash rate. The widely held consensus, from the news agencies Reuters and Bloomberg, after they’ve polled their panel of economists, is for the rate to remain at its record low of 1.5%, where its remained for a record period of thirty one months of inactivity; since August 2016.

In its last monetary policy statement, the RBA delivered a dovish tone, as it voiced its concerns regarding: overall growth, inflation and the possibility of China’s growth slowing, as reasons for holding the rate steady. China imports vast amounts of aggregates from Australia, such as iron ore and coal, crucial exports which account for a significant percentage of the Australian economy.

The central bank went further in March, by adopting a more dovish tone; suggesting that a rate cut might be appropriate, if the Australian economy begins to suffer any impact, from slowing global and Chinese trade. As the latest China data appears to have improved and with Australian GDP growth at 2.3%, unemployment at 5.3% (the lowest level of eleven years) and inflation at 1.8%, the RBA should, in theory, feel empowered and as a consequence be in no rush to change policy dramatically.

Australia’s latest trade surplus figure also provided cause for optimism regarding the long term health of the Aussie economy; the surplus surged to AUD 4.55 billion in January 2019, from the upwardly revised figure of AUD 3.77 billion in the previous month, beating market forecasts of a surplus of AUD 3 billion. This was the second largest trade surplus on record; exports grew 5% month on month, to print a new all time high of AUD 39.94 billion, imports grew at 3%, to AUD 35.39 billion.

The latest interest rate decision is released during the Asian session, when forex trading volume and liquidity is lower, in comparison to that experienced during the London and New York sessions. Therefore, traders who specialise in trading currencies such as the Aussie and New Zealand dollars and their associated currency peers, should take care to ensure they’re in a position to capitalise from any opportunities that may arise, whilst being forearmed and forewarned, in order to cope with any sudden movements.