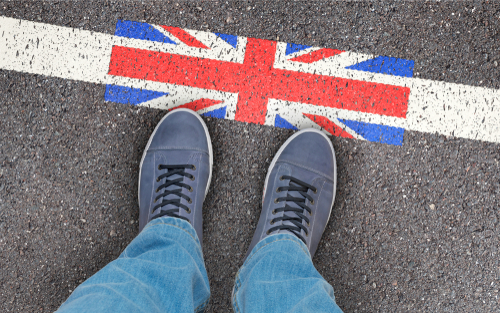 Sterling rises as U.K. Parliament inches towards a soft Brexit, global indices shrug off poor data in a risk on trading environment, oil rises as a consequence of OPEC cuts

Apr 2 • Forex Trading Articles, Market Commentaries • 1170 Views • Comments Off on Sterling rises as U.K. Parliament inches towards a soft Brexit, global indices shrug off poor data in a risk on trading environment, oil rises as a consequence of OPEC cuts

Sterling rose versus its main peers during Monday’s trading sessions, as U.K. MPs appeared to gradually move towards a consensus requiring a softer Brexit; keeping closer ties with Europe by remaining in a customs union and having access to the single market. Votes took place on an indicative basis in the House of Commons and the results were announced at roughly 10:00pm U.K. time. None of the indicative votes won.

At 20:30pm U.K. time, GPB/USD traded at 1.311, up 0.65% as bullish price action saw the first level of resistance R1 breached. Price has recovered significantly from threatening to break downwards through the 1.300 handle and the 200 DMA, during the Friday March 29th sessions. GBP experienced significant rises on Monday versus several peers; up 1.10% versus JPY and 1.40% versus CHF, both currency pairs trading close to R2. EUR/GBP traded down -0.70% at 0.853. The U.K. FTSE closed up 0.52% on Monday, as investors in U.K. equities became involved in the general risk on appetite, which emanated from Chinese equities rising sharply, during Monday’s Asian trading session.

The U.K. manufacturing PMI rose sharply; to its highest level in 13 months, when the data was published in the London trading session, as a consequence of Brexit related stockpiling reaching record levels, according to Markit’s metrics. Inventories at U.K. factories have reached a 27 year high, suggesting that the U.K. manufacturers will have a complex problem, when trying to divest from this excess stock and inventory, whatever (eventual) solution to Brexit is reached.

USA equity indices rose sharply during the New York session and by 20:45pm U.K. time, the SPX traded up 1.07% and the NASDAQ traded up 1.20%, both indices reaching 2019 highs, as the NASDAQ has risen by over 17%, in 2019. The good news of rising equites didn’t extend to the recent floatation of Lyft, which slumped by circa -11% on Monday, falling well below its 72 IPO price to approx. 68, after peaking on Thursday March 28th, at circa 88.

Certain economic calendar data published for the USA economy came in below forecasts on Monday, but failed to dent the risk on tone. Advanced and actual retail sales missed forecasts, as did the Markit PMI for manufacturing, however, the ISM manufacturing metric came in at 55.3, ahead of the prediction of 54.4. At 9:00pm U.K. time USD/JPY traded up 0.48% at 111.4, as price closed in on the 200 DMA, sited close to the 112.0 handle. Yen fell versus the majority of its peers from the Asian session onwards, as disappointing Japanese data caused the safe haven appeal of yen to diminish.

WTI oil rose significantly, by circa 2% during Monday’s trading sessions, as OPEC cuts have begun to bite. What’s termed “driving season” in the USA has begun, whilst stockpiles have fallen sharply. The rig count in the USA, according to the recent Baker Hughes survey, has fallen sharply to a yearly low. Price of WTI rose by over 30% in the first quarter of 2019, the first time such a rise has been seen since 2009. The price of WTI finally breached the 200 DMA during Monday’s afternoon trading session, at circa $61.34, it’s a level last witnessed in November 2018.

European indices also enjoyed significant gains during Monday’s trading sessions, Germany’s DAX rose by 1.45%, whilst France’s CAC closed up 1.03%, marking a rise in excess of 14% to date in 2019. Markit PMIs for the Eurozone mostly missed the Reuters forecasts by some distance. But the impact on markets was negligible, despite German manufacturing plunging to 44.1, significantly below the 50 demarcation level; separating expansion from contraction, whilst E.Z. CPI inflation came in below forecast at 1.40%.

As the London-European trading session opens on Tuesday morning, any impact in the FX markets, in relation to the RBA interest rate decision for Australia and the accompanying monetary policy statement, will be known. The forecast is for a hold at the record low rate of 1.50% rate, for a record period of inactivity; since August 2016.

The key calendar events listed for Tuesday morning includes the U.K. construction PMI for March, and various CPI data for Switzerland. The Swiss data could impact on the value of the Swiss franc, if the inflation forecast of 0.50% year on year up to March, misses or beats the forecast. In the afternoon the key USA calendar data includes durable goods orders. The expectation is for a fall of -1.20% for February, in contrast to a 0.30% rise in January. This durable goods reading, if the forecast is met, may cause a reaction in the FX and equity markets, if it takes investors and traders off guard.

« The RBA is predicted to keep the cash rate at its record low of 1.5%, for a record period of inactivity, however, attention will quickly turn to the monetary policy statement. Sterling slips as U.K. Parliament fails to agree alternatives to Brexit, Aussie dollar falls as rate held at 1.5% by RBA, but dovish policy tone remains »