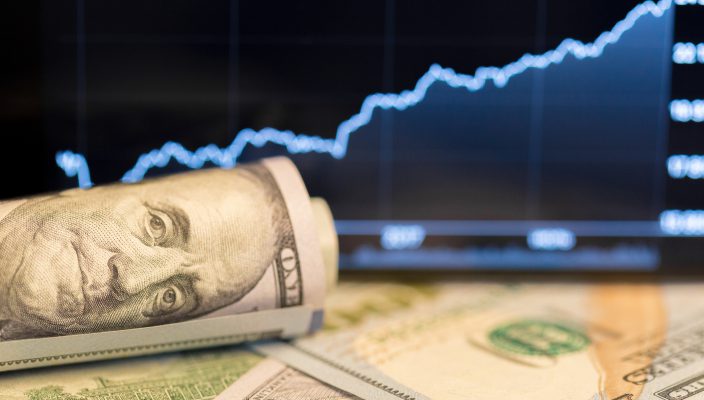 USA equity markets recover after a significant sell off during the early part of the New York session on Thursday, U.S. dollar rises versus several peers.

May 10 • Forex Trading Articles, Morning Roll Call • 2253 Views • Comments Off on USA equity markets recover after a significant sell off during the early part of the New York session on Thursday, U.S. dollar rises versus several peers.

U.S. equity indices recovered late on in the New York session, as President Trump rowed back from his threat to apply tariffs, of up to 25% on Chinese imports, starting from Friday May 10th. After the DJIA had plunged by over 400 points during the early part of the session, as price crashed through the third level of support S3, Trump held court in the White House. He informed the assembled reporters and various government apparatchiks, that he’d apparently received correspondence from the Chinese administration, suggesting that an agreement was still possible.

China has remained dignified and conspicuously quiet during the Trump meltdown, which began with various social media posts on Sunday May 5th. Since which time the major USA equity indices have slumped by circa -4% and Chinese equities by circa -10%. Chinese officials may have gauged that Trump has been using: transparent, pathological, bluffing techniques and due to his failure, is now attempting a face saving exercise. That bluff may be exposed, if no increased tariffs are applied on Friday.

Yen has acted as a safe haven asset during this week’s maelstrom and at 22:00pm U.K. time on Thursday May 9th, USD/JPY traded at 109.88, down -0.20% and down -1.45% weekly. The major pair has traded in a wide range during the week, with highs above 111.50 and reaching a weekly low during Thursday’s session of 109.47, as the price action saw price whipsaw in a wide, but bearish pattern, throughout the day’s sessions. The DJIA eventually closed down -0.54% and the NASDAQ down -0.45% after being down circa -1.5%, in the early stages of the New York session.

The economic calendar events reported on Thursday relating to the USA, mainly concerned the latest trade balance deficit, which came in at -$50.0b precisely for March, suggesting the USA is currently on course to post a yearly deficit of circa -$700b. The latest weekly jobless claims data came in above the forecast at 228k, whilst continuous jobless claims also missed the Reuters forecast. The various PPI readings for March also mostly missed predictions.

Eurozone equity markets had closed down, based on the Chinese trade jitters spreading globally, before U.S. equity markets made a late recovery; Germany’s DAX closed down -1.69%, whilst France’s CAC closed down -1.93%. The U.K. leading index the FTSE 100, closed down -0.87%, reducing the year to date gain to 7.2%, whilst the index is currently languishing approximately 10% below its 52 week high. Sterling experienced mixed fortunes during the day’s trading sessions, at 22:50pm U.K. time, GBP/USD traded close to flat at 1.300, after whipsawing in a tight range, with a bearish daily bias. Versus the Swiss franc, GBP traded down -0.50% as the price action saw the cross pair trade between the first two levels of support (S1-S2) throughout the day’s sessions. Similar to the volume of yen trades, the Swissy attracted safe haven investor attraction throughout Thursday. EUR/CHF traded down -0.36%, whilst EUR/USD traded up 0.24%.

Friday’s high impact economic calendar events and data releases, begins with the latest GDP figures from the U.K. the forecast is for 0.00% monthly for March a fall from 0.2% growth, with a 1.8% rise year on year, an increase from 1.5%. The first quarterly growth for 2019 is predicted to come in at 0.5%. Analysts and FX traders will comb through the various factors that constitute the GDP growth, such as: imports, exports, industrial and manufacturing production data, to gain a comprehensive understanding of which sectors of the U.K. economy, are currently indicating growth.

The rise in the key inflation metrics for the USA economy, could cause the value of USD to rise, if FX analysts and traders believe the FOMC have justification to reverse its current, dovish, monetary policy stance. Naturally, focus throughout the day, will still remain fixed on the supposed implementation of the 25% tariffs, on Chinese imports into the USA.