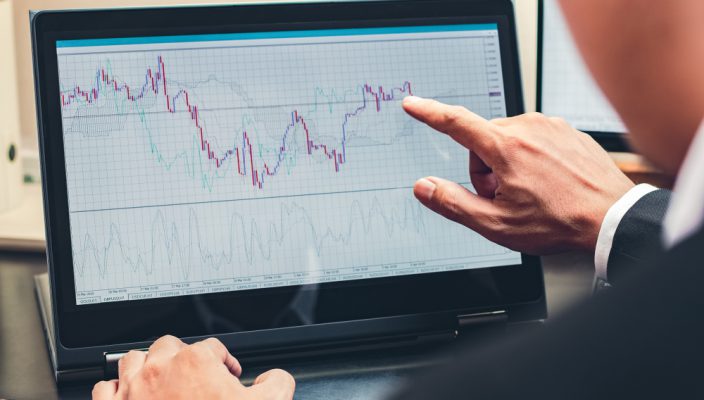 Trading one FX pair, during one trading session only, can alleviate: trading stress, improve concentration levels and encourage your trader discipline.

May 9 • Forex Trading Articles, Market Commentaries • 2041 Views • Comments Off on Trading one FX pair, during one trading session only, can alleviate: trading stress, improve concentration levels and encourage your trader discipline.

During the early months and years of your trading journey and evolution, as you’re experimenting and exploring the full range of trading opportunities, you’ll commit many of the trading mistakes, all experienced and successful traders will testify to. You’ll trade from an undercapitalised account, apply too much leverage, receive margin calls, overtrade, revenge trade and sometimes go on full tilt, as the whole process, in all its confusing complexity, will simply overwhelm you.

You’re also likely to make the critical error of believing you have to work hard not smart, when in truth, trading never should be described as “hard work”. Whilst trading can be cerebrally and emotionally tiring, it’s not a physical activity. Therefore, if you’re finding the overall process physically tiring and all consuming, then you need to begin unraveling your approach and rebuilding your method and strategy, based around the foundations of simplicity.

Many novice and intermediate level traders over complicate the process of trading, believing that trading has to be a highly complex process. They fail to strain the process down to its fundamental activity; betting on financial markets. When you boil trading down to its core activity, you’re betting on a two horse race; you can either place a bet that a security in the market will rise, or that the market will fall. Alternatively, you could take a position out of the market, by not taking a trade.

FX traders endure a rights of passage were trading is concerned, they appear to develop a compulsion to experiment with; all currency pairs, trading all the four main styles, whilst experimenting with every method and strategy they either discover, or invent. Once they’ve been through this journey of discovery, losing money during the various stages of evolution, they’ll finally and inevitably, begin to simplify the entire process. This pattern of trader behaviour (en masse) is so common, you could be forgiven for thinking it’s a form of mass delusion.

This group and (at times) cult like behaviour witnessed on forums, could be caused as a result of the bewildering array of advice on offer to traders, the vast majority of which is highly questionable. Forums, books, newsletters, strategy vendors, signal sellers, bloggers, vloggers etc, the provision of advice is endless. Most advice from vendors is confusing and contradictory and fails to stand up to scrutiny by way of one simple question; “if you know the industry so well, and you’re such an expert trader, then why not just shut up and trade, rather than sell?”

Of course, the rebuttal could be that “trading advice provides another form of income” and for genuine retailers of advice, such an answer is valid. But sifting through the good from the bad advice, is a thankless and time consuming task. And the majority of vendors aren’t going to advise you to; “simplify the whole process, de-clutter all your charts, abandon all the technical indicator based strategies you’ve experimented with, only trade one security, perhaps during one session and wherever possible eliminate stress from your trading.” Where’s the stream of continuous profit in that advice?

But such advice is arguably the right advice and ironically is where you’ll eventually arrive, after months or years, of (at times) stressful trial and error. You’ll eventually trade off a near naked chart and time frames, with close on zero indicators, other than pivot point levels and higher moving averages such as the 100/200 DMAs. And you’ll eventually realise that trading one major pair, during one session, through an STP-ECN process, by way of a platform such as MetaTrader MT4, eliminates a multitude of stress points from your trading existence. Such a trading method, perhaps by way of an EOD (end of day) analysis process, will improve your market concentration on the key fundamentals, whilst heightening your trading discipline.

A straightforward example could be placing an order into the market, as new pivot point levels are created at the start of a new trading day, whilst observing: these pivot point levels, large moving averages, key round numbers and analysing recent and current price action. This could form the limit of your technical analysis. You would also pay strict attention to the economic calendar including the news agency/economists forecasts, as you apply your fundamental analysis and research skills, to your decision making. Perhaps you decide to trade one security, possibly: EUR/USD, AUD/USD, GBP/USD or USD/JPY, based on the upcoming events and the aforementioned technical analysis. You only take the manual trade, or see the order you’ve already placed into the market actually triggered, during the trading session most likely to be impacted by the breaking news you’ve identified. The trade either wins, losses or breaks even and is either filled or killed, but ends on an EOD basis. One trade, one session, one objective, leading to calm, rational decision making.

« The latest U.K. GDP growth figures and the USA CPI data could have a significant impact on the values of GBP and USD, when the figures are published on Friday May 9th. USA equity markets recover after a significant sell off during the early part of the New York session on Thursday, U.S. dollar rises versus several peers. »