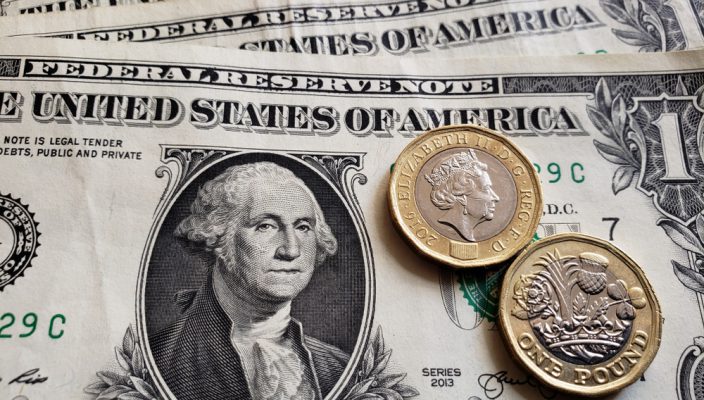 The latest U.K. GDP growth figures and the USA CPI data could have a significant impact on the values of GBP and USD, when the figures are published on Friday May 9th.

May 9 • Forex Trading Articles, Market Commentaries • 2788 Views • Comments Off on The latest U.K. GDP growth figures and the USA CPI data could have a significant impact on the values of GBP and USD, when the figures are published on Friday May 9th.

The latest U.K. GDP growth figures will be published at 9:30am U.K. time on Friday May 10th. Reuters are forecasting that the (month on month) growth figure for March, will come in at 0.00%, falling from 0.2%. The first quarter growth figure for 2019 is forecast to come in at 0.5%, the cumulative effect of both figures (if forecasts are met) would be a rise in GDP growth on an annual basis to 1.8%, from the 1.5% recorded in April. As a high impact calendar event, the GDP data has the ability to move the markets in both sterling and the leading U.K. equity indices, depending on the result published and the underlying sentiment relating to the U.K. economy.

Whilst GDP for the U.K. has held up during recent months (despite the ongoing Brexit saga) economists have noted that; as a retail and service driven economy, a significant boost has been experienced due to stockpiling, by wholesalers and retailers. This phenomenon has boosted: import figures, business lending and GDP. However, at some stage during the economic cycle, this excess stock and the increased lending to finance both the excess stock and increased storage capacity, will have to be paid for. The logical step would be service and retail firms slashing their costs and prices, to adjust to the new reality, once a Brexit conclusion is finally reached. An exercise in frugality, that consumers might also be forced to engage in, which could cause a form of secular stagnation in the U.K. economy.

The unbalanced nature of U.K. growth could be highlighted by the latest export/import figures also published at 9:30am on Friday. Imports are forecast to rise by 4.5% in Q1 2019 from 2.1% in Q4 2018, whilst exports are predicted to remain unchanged. Business investment is forecast to fall to -2.7% year on year, which could be indicative of the lack of bullish sentiment supporting the U.K. economy, as a consequence of the Brexit situation.

A series of inflation data readings, relating to the USA economy, will be published at 13:30pm U.K. time on Friday. Reuters forecast a rise in the headline CPI rate to 2.1% annually in April, from the 1.9% registered in March, with monthly CPI predicted to come in at 0.4%. Such an annualised increase in the CPI rate, would be in line with the FOMC/Federal Reserve’s objective; to maintain a rate of circa 2%, in order to encourage economic growth. If the forecast is met, FX analysts and traders might begin to consider that the FOMC/Fed’s monetary policy stance could change; from dovish to hawkish. Consequently, a rise in the value of USD could be experienced as the data is published on Friday afternoon, if the inflation figure comes in above the target rate of 2%.

As high impact calendar events, both GDP and CPI releases have the capacity to move the FX markets, for the respective countries’ currencies the data relates to. Therefore, FX traders who trade GBP and USD pairs, or traders who prefer to trade events and releases, perhaps by way of scalping/day trading strategies, should diarise these events, in order to potentially capitalise from any movements, in the associated currency pairs.