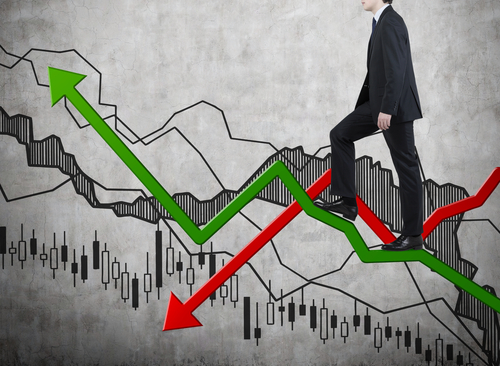 Understanding risk and probability and how these factors effect our trading, whilst using stops to limit traders’ risk

Feb 5 • Forex Trading Articles, Market Commentaries • 960 Views • Comments Off on Understanding risk and probability and how these factors effect our trading, whilst using stops to limit traders’ risk

Trading coaches and experienced traders, will offer up various analogies and imagery for the justification of why you should always use stops when trading. For novice traders an example might be learning to ride a bike as a child; you’d start off using stabilisers until you’re proficient, competent and are hopefully on a route towards stability, whilst relying on your brakes to avoid danger.

In trading terms, you’d hopefully and eventually discover your own proprietary edge, but you’ll still use your brakes as a safety mechanism, your brakes could be regarded as using a stop. Another example might be driving a car accompanied as a learner; you’re then on your own after passing a test, but without brakes you’d be an extreme danger on the road, to yourself and others.

FX traders operate in an environment which is principally driven by economic, fundamental changes. The changes in the value of FX pairs are difficult to predict, this unpredictably exists as a consequence of such a fast moving environment, in an industry that can turn over circa $4trillion each trading day. If the FX industry wasn’t unpredictable, it wouldn’t be a market. It’d be so simple to predict we’d all profit from it, then it would naturally die off as a market. Traders have to accept they operate in a market underpinned by probability as a factor, aligned to that factor is the concept of risk.

Many coaches might even suggest that probability and risk are the two key factors which determine your potential to profit from the FX markets. You can make predictions with regards to probability and you can control your risk. Therefore, if you control your reactions and management, relating to these two critical success factors, you should be giving yourself the best base from which to trade.

For example, the probability of flipping a coin and it being heads is ½, because there is 1 way of getting a head and the total number of possible outcomes is 2 (a head or tail). We write P (heads) = ½.

If we compare this maths equation to our FX trading environment, then we immediately recognise how relevant probability is. We know that the price of, for example, EUR/USD is likely to be bullish or bearish, on any given trading day. Or it might remain neutral, sticking close to the daily pivot point. We acknowledge that our analysis, both technical and fundamental, can only help us so far in predicting trade direction. Whilst FX is arguably the most proficient market there is, when considering the efficient market hypothesis, it’d be foolish to argue that you know, with any degree of certainty, what price will do on any given hour, or day.

Risk can be defined as the possibility of losing something of value. Values such as financial wealth can be gained or lost when taking risk resulting from: a given action or inaction, foreseen or unforeseen (planned or not planned). Risk can also be defined as the intentional interaction with uncertainty. Uncertainty can be defined as a potential, unpredictable, and uncontrollable outcome; risk is a consequence of action taken in spite of uncertainty. Risk perception is the subjective judgment individual people make about the severity and probability of a risk, it will vary person to person. All human endeavour carries some elements of risk, but some activities are much riskier than others.

Traders can lower their exposure to risk through various methods. They can risk less account percentage per trade, they can adjust the leverage they apply on each trade, they can trade in markets which are more liquid. And in FX they can trade into a transparent STP/ECN environment, in which they should experience less slippage, less poor fills and they should also experience better execution. Traders can also dramatically limit and lower traders risk by the use of stops.

Traders can programme their MetaTrader platform to use stops, to ensure their risk is limited on each and every trade they take and each position they maintain. In using stops in their trading, FX traders will immediately gain control of their trading and at a stroke can eliminate many potentially destructive trading habits. They can stop over trading, they can establish reasonable levels of risk per trade. They can abandon many unnecessary harmful aspects of their trading, which have previously held their trading back, as they then begin to concentrate on the extremely important relationship between risk and probability.

« The Bank Of England is odds on to keep the U.K. base rate at 0.75%, attention will quickly turn to the accompanying press conference and statement GPB/USD falls through a key level, as traders bet on no deal Brexit, USD rises as Trump prepared to deliver the state of the union address »