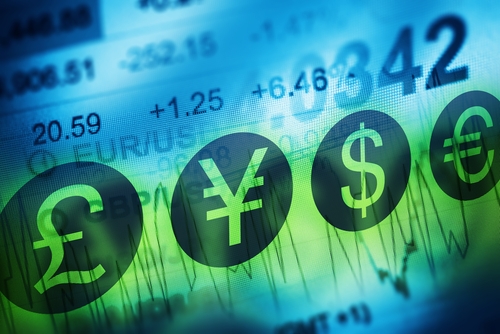 GPB/USD falls through a key level, as traders bet on no deal Brexit, USD rises as Trump prepared to deliver the state of the union address

Feb 6 • Forex Trading Articles, Market Commentaries • 812 Views • Comments Off on GPB/USD falls through a key level, as traders bet on no deal Brexit, USD rises as Trump prepared to deliver the state of the union address

Cable (GPB/USD) slumped through the key handle of 1.300 during Tuesday’s afternoon trading session, close to the 200 (DMA) daily moving average, which is a level that many institutional FX traders will use, to determine long term bullishness, or bearishness of an FX pair.

The accelerant for the sell off, which saw the major pair fall through the second level of support as it fell by circa 0.62% on the day, appeared to be a weak Markit services PMI print, combined with the lack of progress the U.K. prime minister May has made in relation to the Brexit withdrawal agreement. GPB/USD was trading down 1% weekly at 20:30pm U.K. time, printing a fresh two week low, whilst eradicating the majority of the gains made in 2019.

Mrs. May now has seven days to return to Parliament, to organise a fresh meaningful vote, after she failed to push through her previous attempt in mid January. So far the only progress made appears to be a hastily arranged visit to Brussels, with no defined objective in place. Despite continual insistence from Michel Barnier and Donald Tusk; that the backstop mechanism will remain in place, Mrs. May, who appears to be emboldened by Parliament narrowly voting for a possible route forward by way of an amendment, that is probably impossible to deliver on, is refusing to pay attention to the European Union’s standpoint.

The precarious position of the U.K.’s economy, was illustrated by the latest IHS Markit services PMI, which came in at 50.1, just above the critical level for all PMIs of 50, which separates contraction from growth. Effectively, the U.K. is only 0.1% away from its predominant economic sector (services) entering recession. This data point should not be underestimated, services growth and activity is absolutely crucial for U.K. GDP growth. And with the U.K. manufacturing and construction PMIs also missing forecast by some distance this week, Markit’s leading indicators are all pointing to the U.K. economy either stagnating, or entering recession. A viewpoint that was backed up by Chris Williamson, the chief economist at Markit.

The falling value of sterling versus the greenback, is currently having a correlated impact on the leading index, the FTSE 100. Due to the majority of firms listed in the index being American, any fall in sterling is correspondingly good for USA firms’ profitability and revenues. The index was helped by BP doubling its profits and rising by circa 4.5%, fuelling the index to close at a three month high. Closing up 2.02% at 7,177, the rise is 6.7% year to date. The index has now recovered from the slump experienced in December 2018. Eurozone markets also ignored the PMIs for the single currency trading bloc missing forecasts, with Germany’s DAX closing up 1.77% and France’s CAC closing up 1.66%. EUR/USD closed the day out at circa 1.140, down circa 0.26%.

USD/CHF rose to an approximate eleven week high, as risk appetite has returned and the safe haven appeal of certain currencies, has diminished as a consequence. The major pair rose by circa 0.25% during Tuesday’s sessions, up 2.13% monthly and 6.38% yearly. The greenback rose versus the majority of its peers, as certain analysts began to ponder if the FOMC hadn’t been premature, in its reversal towards a more dovish monetary policy. Blackrock, the huge hedge fund manager, which has circa $6trillion under management, suggested that the FOMC/Fed would raise rates twice, by up to 0.50% to reach 3.0% during 2019, as CPI and wage inflation picks up in the USA economy. In late trade the DJIA traded up 0.68% and the NASDAQ up 0.74%. WTI oil traded down 1.63%, with gold trading close to flat on the day, at 1,315 per ounce.

Wednesday February 6th is a relatively quiet day on the economic calendar, with only New Zealand’s unemployment data listed as high impact releases in late evening U.K. time. Germany’s economy will be under the microscope ,as factory orders are forecast to have slumped dramatically year on year, even if the December print indicates a rise of 0.3% in December. The January Markit PMI for Germany will also be published.

From the USA in the afternoon, before the New York open, we’ll receive the latest available trade balance figure for November, the forecast from Reuters is for a slight improvement down to -$54b from the previous monthly figure of -$55.5b. The improvement is mostly related to seasonal factors and a weakening dollar during the final months of 2018, making exports more competitive.

« Understanding risk and probability and how these factors effect our trading, whilst using stops to limit traders’ risk Trump delivers divisive state of the union address, Germany’s factory orders surprisingly slump by -1.6% »