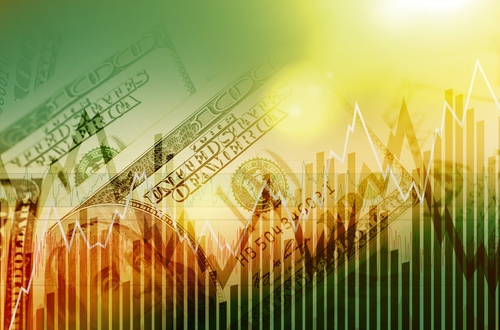 The state of the union address is an annual event in which the USA President delivers an oratory outlining where the country is, in terms of economic performance and social cohesion. Generally regarded as an opportunity for the sitting President to humble brag, it’s also traditionally served as a method for the de facto C.E.O. of the USA, to encourage unity and project a feel good image for the USA. Market analysts and traders pay attention to the speech as it can, similar to a Governor or Chief at a central bank holding a press conference, deliver forward guidance for markets.

There were several key takeaways from Trump’s address to the nation. He encouraged bipartisan cooperation between the Republicans and Democrats, whilst aggressively pushing his own narrow agenda. That cooperation didn’t extend to rowing back on building the infamous Mexico wall, therefore there’s likely to be another govt. shutdown. He projected a dark, nationalist tone, regarding the supposed threat of immigration. He celebrated the amount of women in positions of power in the Whitehouse, whilst outlining a law to prevent longer term abortion.

He decried the $7 trillion spent on resource wars since 2003, whilst potentially amassing 5,000 troops on the Colombia-Venezuela border, the same Venezuela which has the globe’s second largest oil reserves, that he’s threatened with military action. He decried (what he perceives to be) socialism; free health care, free education, paid family leave.

The resultant impact on the FX markets for USD and equity futures for USA markets, was neutral, or negative for certain USD FX pairs. The U.S. dollar had risen before the speech during Tuesday’s trading sessions. At 8:45am U.K. time on Wednesday, USD/JPY traded down 0.36%, crashing through S2, approaching S3, with the major pair failing to hold the critical 110.00 handle breached over recent sessions. The futures markets for the SPX were indicating a 0.16% fall when New York opens. WTI oil trade down 0.26% with XAU/USD (gold) trading close to flat at $1315.

The key economic calendar news relating to the USA economy, for publication this afternoon, includes the latest mortgage applications, which are expected to fall due to seasonal factors. The trade balance for the month of November is predicted to come in circa $1.5b less than October, with the USA running a circa -$500b trade balance deficit yearly. The latest production figures will be severely impacted by the shutdown, therefore, they’ll be largely ignored by analysts.

European economic news on Wednesday morning was dominated by the latest German manufacturing, factory orders data; factory orders fell by -1.6% in December, missing the Reuters forecast of 0.3% growth, causing a year on year contraction of -7%. This was the second fall in series and came as a consequence of falling domestic and overseas orders. New orders from third countries plunged 5.5%, whilst those from the Euro Area rose by 3.2%. Despite the negative figure, it must be noted that this metric is subject to seasonal factors and registering negative readings is not uncommon; in January 2018 a -4% monthly fall was recorded.

The Markit construction PMI for Germany came in at 50.7, falling from 53.3 in December. EUR/USD traded down shortly after the factory orders and PMI releases, falling by 0.18% early in the London session. The euro is highly sensitive to German data, given its position as the economic powerhouse of Europe, whilst economists are only too aware that the fallout of Brexit, will not be contained to the U.K. alone.

The Aussie dollar slumped versus its peers during the Sydney and Asian trading sessions after the RBA Governor Mr. Lowe suggested that the central bank would consider lowering the cash rate from its record low of 1.5% (where it’s resided for a record 30 months), in an effort to stimulate the Australian economy. AUD/USD slumped by 1.5% to $0.713 crashing through S3, registering its biggest daily drop in a year, as market analysts quickly altered their interest rate forecasts.

This fall was replicated versus the majority of AUD peers, whilst the New Zealand dollar also experienced a sell off, given that the two currencies are indirectly linked, due to the close proximity of the Southern Hemisphere countries and their reliance on Asian trade. NZD/USD traded down 0.55%, falling to S3, at 9:30am U.K. time.

GPB/USD traded up 0.21% during the early part of Wednesday’s London session, failing to reclaim the 1.300 handle, or trade above the 200 DMA, which is sited close to the 1.300 round number. Sterling steadied on Wednesday, still close to its two week low, as investors considered a report from The Telegraph newspaper that U.K. ministers are discussing plans to delay Brexit by eight weeks. There is little economic calendar news relating to the U.K. economy due to be published on Wednesday, whilst Brexit news may take a break, until the results of Mrs. May’s latest visit to Brussels on Thursday, to pitch a revised withdrawal agreement, is quantified.

Reuters economists published their predictions on Wednesday morning, concerning the impact on sterling, dependent on the severity of Brexit. Sterling will spike upwards between 2% and 5% if Britain parts from the European Union under a withdrawal agreement, but will collapse between 5% and 10% in the event of a disorderly Brexit, according to the Reuters poll. The U.K. FTSE 100 traded down 0.30% in early trade, food retailer Ocado slumped by over 6.5%, as a fire in one of its main distribution warehouses, will severely disrupt its delivery operations.

« GPB/USD falls through a key level, as traders bet on no deal Brexit, USD rises as Trump prepared to deliver the state of the union address Why identifying handles is crucial when you trade FX and why you then have to handle the concept. »