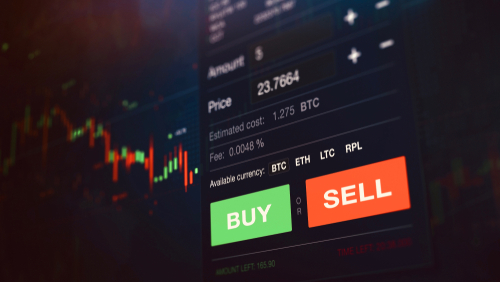 The Bank Of England is odds on to keep the U.K. base rate at 0.75%, attention will quickly turn to the accompanying press conference and statement

Feb 5 • Forex Trading Articles • 859 Views • Comments Off on The Bank Of England is odds on to keep the U.K. base rate at 0.75%, attention will quickly turn to the accompanying press conference and statement

On Thursday February 7th, at 12:00pm U.K. time, the U.K. BoE will reveal the latest base interest decision, taken by the central bank’s monetary policy committee (MPC). The overwhelming forecast, from news agencies such as Reuters and Bloomberg, after they’ve polled their panel of economists, is for a hold of the base rate at 0.75%, held since the base rate was raised in August 2018, from 0.5%.

The economists’ consensus is that the U.K. economy does not have the capacity to accept a rise in the interest rate, to potentially begin a programme of normalisation. In the central bank’s previous assessment of the U.K. economy, they forecast 0.2% growth for the U.K. economy in Q4 2018, which (if the forecast is met) would represent a considerable fall from the 0.6% recorded for Q3 and impact on the current annual growth rate of 1.50%.

Inflation; both CPI and wage inflation, are two of the key considerations when a central bank considers their interest rate policy. Inflationary or deflationary pressures, are often referred to by central banks as significant reasons for their decision making. In the U.K. CPI is currently running at 2.1%, with wage inflation at 3.2%. Neither readings are likely to be of concern, to encourage the BoE to raise the base rate, from its current level.

The decision makers will also consider other factors, such as the previously mentioned GDP growth which, when measured using the recent addition by the U.K. ONS of a month on month measure, has registered readings between 0.00% and 0.2% over the past four months. The MPC will also consider recent unemployment, which at 4% in the U.K. is close to multi decade lows, and they’ll take into consideration Markit PMIs.

The recently published Markit PMIs for the U.K. have shocked analysts and FX traders, both construction and the services PMIs are close to the contraction level, which is a reading below 50. Whilst the manufacturing PMI has also registered a fall, against a backdrop of firms such as Nissan, indicating that they’ll begin a slow process during the Brexit transition period, to shift their manufacturing to Europe.

Taking all the current U.K. economic factor’s and indicators into consideration, it would come as no surprise if the Governor of the Bank of England, Mark Carney, actually accentuated a dovish monetary policy during Thursday’s press conference. To take that notion a stage further; FX analysts and traders wouldn’t be shocked if he delivered forward guidance, suggesting that the central bank stood ready to use accommodative practices, to support the U.K. through its Brexit shock after March 29th 2019 and through the transition period lasting up to 2021.

This would be code for lowering the base rate and injecting cash into the economy, by creating a fresh round of Q.E. enabling banks to package up bonds to swap with the bank, to (in theory) free up a fresh lending stimulus. With the possibility of a dovish BoE statement, aligned to preparation for aggressive accommodation to support the U.K. economy during the Brexit process, FX traders who specialise in GBP trading, would be advised to diarise the rate setting announcement, whilst remaining vigilant during the press conference.

« Aussie dollar rises as cash rate is maintained at 1.5%, USD/JPY rises above 110 handle, whilst services PMIs point to a European slowdown Understanding risk and probability and how these factors effect our trading, whilst using stops to limit traders’ risk »